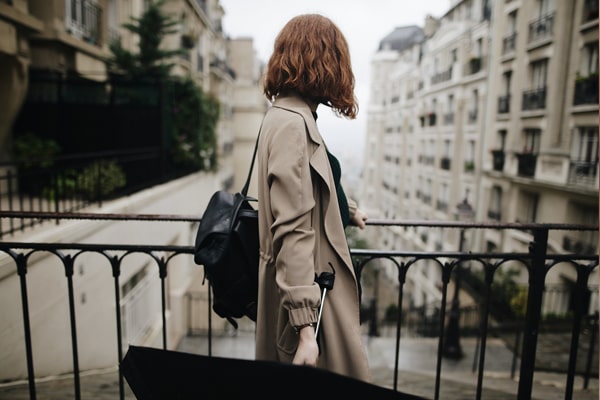 Studying abroad is like a fascinating movie. The life of students is like an adventure comedy with elements of drama, romance, and even fantasy. We have found 5 films about studying abroad, each revealing this unique experience from a new angle.

There are many films that either highlight the challenges of going to university or describe life abroad:

But there aren’t many movies whose storyline is centered directly on studying abroad. In collaboration with the “write a paper for me” service WritingAPaper, we’ve gathered five films and TV series about education abroad in different formats: exchange programs, language courses, internships, and research trips.

The French comedy “The Spanish Apartment” is the story of Xavier, a Parisian student who comes to Barcelona to study as an exchange student. He settles into an apartment shared by five students: an Italian, an Englishman, a German, a Danish, and a Spanish woman. The film shows what students face abroad: the search for housing, the peculiarities of life with people of different cultures, and the need to control costs and take responsibility for themselves. And, of course, it tells of exchange students’ incredible adventures and fun extracurricular life.

European Spirit. It mixes six European countries’ cultures, languages, experiences, and experiences. What’s more, the writers from the best college essay writing service say that the students organize the main character’s introduction to his new neighbors in the format of a Council of Europe meeting.

Similarities and Differences. “Spanish” is a film about friendship. The characters try to understand each other, penetrate a foreign culture, and not lose their identity.

Characters. This film is not dominated by the plot but by the characters’ diversity and uniqueness.

The adventure comedy “The Exchange Student” is a classic of French cinema. Philippe, the son of the director of a boarding school, fails his English exams. So his father decides to send his son to a language course in Great Britain. The young man will live with an English family and practice the language while an English schoolgirl, Shirley, comes to his home in France. Of course, Philip does not want to go anywhere – he has plans for the whole summer. And he decides to send his school friend to England instead.

The film’s plot is fascinating and convoluted, and it is useless to retell it – you must see it.

Humor. The Exchange Student is a gamy, adventurous comedy in the best traditions of French cinema of the 60s. An incredible encyclopedia of subtle irony, sarcasm, and expressive characters of the main characters await you.

Louis de Genius. A great comedian and a talented actor. In “The Exchange Student,” he plays the flighty and sarcastic Father Philippe.

Difficulties of translation. The characters are misunderstood or misinterpreted throughout the film, leading to ridiculous and hilarious situations. It’s worth watching to be inspired to learn the language and not, like Philip, turn down the opportunity to do so in a country where it’s thought of.

3. The Secret Diary of an Exchange Student

The title of the series, released on Netflix, speaks for itself. It’s the story of friends Barbara and Talia, who go to the United States to study as exchange students. Immediately upon arrival, they encounter hardship and culture shock. Barbara, accustomed to comfort and privacy, has to live with her host family as au pair, while her freedom-loving friend Talia lives in the home of an extraordinarily patriotic and conservative couple. But despite all the difficulties, the friends find love, strengthen their friendship, and live many unforgettable moments together.

Life in a Host Family. Friends live with host families while studying, which is very difficult. You have to get used to someone else’s way of life, obey the rules of the house, and make contact with family members. But it’s worth it because it helps you get to know the culture of the country you’re studying in.

Easy plot. “The Secret Diary of an Exchange Student” can be watched in one evening and enjoy its lightness, exciting plot twists, the charisma of the actors, and relaxed atmosphere.

The plot of the drama “Call Me by Your Name” is set in northern Italy in 1983. Elio, the son of a university professor, spends his summer vacation reading books from the family library and practicing music. One day, Oliver, a graduate student researching with Elio’s father, arrives at the villa.

Postcard from Italy. It’s hard not to fall in love with these Italian landscapes and the melancholy atmosphere that pervades every frame of the film. If, after watching it, you decide to study in Italy to see it live, know that you are not alone in your desire.

Uninhibited Academia. The film’s theme of education and science is not the center of the story but, instead, its background. It is evident in the changing languages (the characters speak English, Italian, and German), the dinner discussions about literature, culture, art, and history, and the academic characters who are genuinely passionate about their work.

Perhaps it needs no introduction. The legendary franchise is about the boy wizard, which went from a light fairy tale to a confident adult movie. But what does studying abroad have to do with it? If you break it down, Harry takes the same path as students at foreign universities. He receives a letter of invitation, packs his bags, and goes to a new “country” for him with its laws, rules, and culture.

Cultural differences. There is also room for cultural differences in “Harry Potter.” The lifestyle and traditions of wizards differ from the habits of Muggles – they do not use the telephone and electrical appliances. They have their folklore and “national” heroes.

Faculties and the ranking system. At Hogwarts, the faculty gets points for the merits of the students and loses points for breaking the rules. A similar scheme operates at Yale.

These movies will be great for both – those who are about to enroll in college and those who are already students. If you feel you are burnout, just check the paper writing service reddit reviews, hire a professional writer so you don’t have to worry about your homework, grab some snacks and drinks, and enjoy the picked movie. It will help you to regain the motivation and inspiration to study.

More Updates on Celebrity Babies, Feuds, Their Riches, Siblings, And Entertainment, only in eCelebrityMirror.