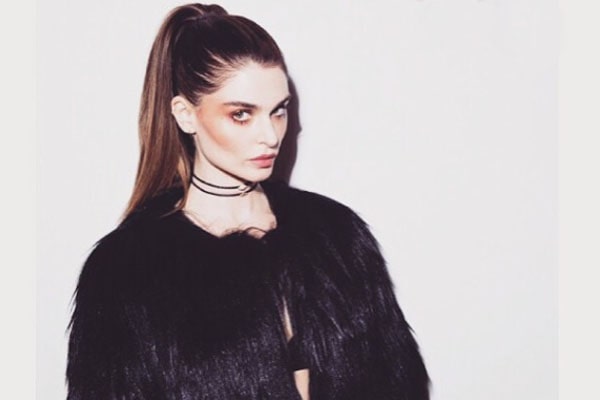 Aimee Osbourne is best known for being the TV personality and singer Ozzy Osbourne‘s daughter with his wife, Sharon Osbourne. Growing up, the eldest child of Sharon and Ozzy, Aimee inherited her parents’ singing skills. Currently, she is also one of the successful English music artists, who is earning massive fame as well as drawing substantial sums of money from the music industry.

Aimee Osbourne rejected to appear on her family’s lucrative TV series ‘The Osbournes,’ which often gets credits for paving the way for the likes of ‘Keeping Up With the Kardashians.’ Still, she can add millions to her fortune in her own right. According to sources, Aimee Osbourne’s net worth is estimated to be $5 million.

Here, let’s find out how much Aimee Osbourne is really worth and the amount she earns as an outstanding entertainment personality.

ALSO READ: Natasha Leggero’s Net Worth And Income From Her Acting Projects

Income From Her Career As A Singer

Aforementioned, Ozzy Osbourne’s daughter, Aimee Osbourne, inherited her parents’ music skills while growing up. Though she appeared alongside her rockstar dad during her childhood and teenage years, she began to achieve considerable fame as a singer only after 2010. She started to record and release her music under the band named ARO in 2010. ARO is the acronym of the artist’s full name, Aimee Rachel Osbourne.

Influenced by other English musicians like Kate Bush and the band Portishead, Aimee Osbourne usually shows off her darkened blend of pulsing synth-pop, in contrast to her dad’s heavy metal. Some of the singles released by Aimee Osbourne include Raining Gold (2015), I can Change (2016), House of Lies (2020), and many more.

Besides, Aimee has released a studio album titled ‘Vacare Adamaré‘ with her fellow ARO members Brendan Buckey, Billy Mohler, and Rene Arsenault. Currently, its MP3 version costs $11.49 on Amazon. However, the price can vary according to its availability.

Apart from earning from her music sales, Aimee Osbourne amasses several dollars from frequent musical tours in collaboration with other musicians. She also often appears in her own music videos, which might be helping her to add an extra amount to her net worth.

In addition to music work, Aimee Osbourne’s net worth came from some of her acting projects in the past. Though she appeared in some videos and documentaries relating to her father as a child, she gained fame as an actress only after performing in Wuthering Heights in 2003.

However, in later days, Aimee’s focus is only on her musical career. Currently, she has not signed with any production companies for more acting projects. But, we hope we will soon see her performing in big movies and adding up more dollars on her rising net value.

But, unlike many other rich kids, her parents’ wealth did not spoil her but encouraged her to earn independently. So now, she makes money by herself and hardly needs to rely on her multi-millionaire mom and dad’s finances to enjoy a luxurious lifestyle. Therefore, Aimee Osbourne’s net worth of $5 million is from her own hard work.

Though Aimee rarely shares her pictures of her everyday life on her social networking handles with plenty of followers, we expect that she travels around in comfy cars and lives in a lavish apartment. However, she is yet to share her life with a loving partner.

Moreover, she pockets enough money to pay her bills, taxes, and insurance premiums of her valuable assets in time. On top of that, Aimee even can be spotted wearing expensive jewelry pieces and designer clothes while appearing on red carpet events.

Let’s hope we will see Aimee Osbourne gaining more success on her career path and drawing additional resources to her net worth.