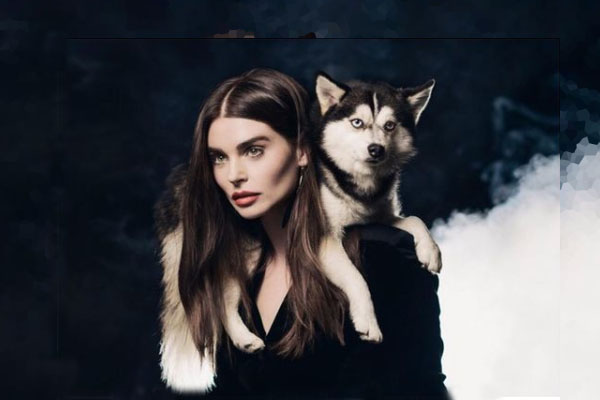 Aimee Osbourne is a well-known English actress and singer who is currently ruling the entertainment world with her appealing voice and acting skills. Besides earning name and fame on her own rights, Aimee is also famous for being the daughter of celebrity personalities Sharon Osbourne and Ozzy Osbourne.

The granddaughter of the English music manager, Don Arden, is rising to stardom with her increasing music and acting projects. With the rising fame of beautiful Aimee, people are curious to know if she is in a marital relationship with someone or still single.

So, here let’s know about Aimee Osbourne’s husband and her dating life.

Aimee Osbourne’s younger brother, Jack Osbourne, and sister, Kelly Osbourne, often make headlines for their respective romances. However, Aimee has not publicly disclosed that she is in any type of romantic relationship.

Going through the social media handles of Ozzy’s daughter, Aimee Osbourne, and her family’s public appearances, it seems like she was never in a marital bond. So, the thirty-seven-year-old singing-diva, Aimee, is still to be married to her perfect match. Currently, her focus is only on her music career, and she does not seem to plan to get hitched at the moment.

Although people still need some patience to see and hear about Aimee Osbourne’s husband, some online sources claim that she was previously in a relationship. Well, The 2014 animated film Postman Pat: The Movie‘s voice actress was in an intimate relationship with fellow musician Rai Thistlethwayte.

The Sydney Morning Herald reported in 2005 that though both Osbourne and Thistlethwayte were coy about disclosing the full details of their affair, Thistlethwayte said that he was still hanging out with Aimee. The singers met at the end of 2004 during a trip to the United States and started dating. They even used to attend various award functions together as a couple in the past.

In 2018, Aimee Osbourne’s then-boyfriend, Rai Thistlethwayte, revealed that his girlfriend is in a dental practice. So, it clarifies that Rai is no more together with Aimee.

Despite being a celebrity personality, Aimee Osbourne prefers to maintain a private lifestyle. Although she is available on social media pages, including Instagram and Twitter, she never updates her personal life on them. Most of Osbourne’s social media posts are about her professional achievements only.

So, for now, Aimee Osbourne seems to be single but still not ready to mingle. At the moment, her primary focus is only on her career as a synthesizer pop actress. We hope the gorgeous daughter of Ozzy, Aimee Osbourne, will soon open a bit more about her everyday life so that we can have a peek into her dating life as well.