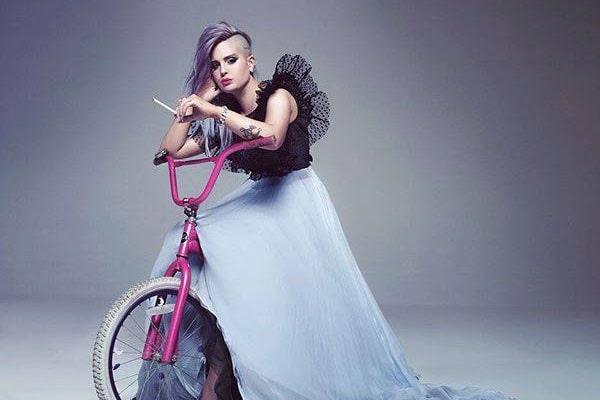 Most people know Kelly Osbourne as the daughter of the heavy metal band Black Sabbath’s singer, Ozzy Osbourne, with his wife, Sharon Osbourne. However, in later days, she is making a name for herself in her own rights. Currently, Kelly Osbourne is one of the successful English TV personalities, singers, models, and fashion designers. With her increasing music and acting projects, her net worth is also soaring high.

According to Celebrity Net Worth, Kelly Osbourne’s net worth is estimated to $16 million, which proves that she is just as successful as her famous mom and dad. To find out how Kelly made such a hefty sum of money, keep reading.

Income From Her Career As An Actress

Besides, Ozzy Osbourne’s daughter, Kelly Osbourne, was also one of the participants of Dancing With the Stars in 2009. In that series, she and her professional dance partner, Louis van Amstel succeeded in achieving third place.

Based on the report of Gawker, the Dancing with the Stars participants receives $10K for making it beyond Week 2. Similarly, they get $20K if they make it to Week 4,5 and 6, and $30K for Week 7 and 8. Moreover, if the stars make it to the final two episodes, they get paid another $50K. Kelly Osbourne had made it to the final. So, she might have taken home an impressive paycheck from DWTS in 2009.

Furthermore, Kelly Osbourne’s acting credits include several scripted TV shows, including Are We There Yet?, Life as We Know It, The Masked Singer, and more. She also lent her voice to the character Hildy on The 7D, which helped her add extra dollars to her rising net value. In addition, Kelly is also popular for her appearance in Hollywood movies such as Should’ve Been Romeo and So Undercover.

Earning Some Dollars As A Music Artist

Besides earning from her career as an actress, Kelly Osbourne draws in plenty of money from the music industry as well. To date, she already has three studio albums under her belt, including two solo and one with her rockstar dad, Ozzy Osbourne.

The studio albums by Aimee Osbourne‘s sister, Kelly Osbourne, with the current price of their Audio CDs, are as below.

Apart from earning from the sales of her albums, Osbourne makes money by being featured on various music albums. For example, in 2001, she was featured on the compilation album The Osbourne Family Album. Similarly, Kelly was also featured on 2007’s The Coolest Songs in the World! Volume 4.

Osbourne’s Earnings From Other Sources

Kelly Osbourne’s net worth credit does not only go to her music and film industry career. She pockets in thousands of dollars from various other ventures as well. For example, Kelly co-hosted a couple of TV shows as a television personality, including The View, The Real, and The Talk. It assisted her a lot in giving a raise to her fiances.

Moreover, the beautiful girl of Ozzy and Sharon Osbourne, Kelly, is also in the fashion business. She has worked on multiple fashion projects to date, including modeling for various brands and fashion magazines. Moreover, in 2014, she launched her own fashion line called Stories by Kelly Osbourne with HSN. Her first dress collection, titled Chapter One, was priced from $55 to $150.

However, lately, she seems to be focusing more on her career as an entertainment personality rather than her business.

Besides, the Fashion Police star, Kelly, is also an author. To date, she has released two books, which include her autobiography titled Fierce in 2009 and There Is No F*cking Secret: Letters From a Badass Bitch. The paperback of the first one costs $24.52 while the latter one’s cost is $61.09.

The U.K. native starlet Kelly Osbourne is financially stable enough to buy luxurious mansions, comfy cars, and expensive jewelry pieces. In 2014, she bought a 2,117 sq. ft condo in West Hollywood, CA, for $4 million. But, some years later, she rented it for $19,500 per month.

Similarly, in 2018, Kelly Osbourne paid $3.575 million for actress Rooney Mara‘s 2,340 sq. ft. mid-century modern home in Los Feliz. At first, the home was listed on sale for $3.45 million, but Kelly wanted it so much that she coughed up $3.575 million to buy it. We hope Kelly must have done the insurance of her luxurious house in case some mishap occurs in the future.

I’m excited to be on the cover of @theroguemag on stands this week! 💜👅 https://t.co/q5BcL9rTyt pic.twitter.com/yURWrcz4nG

Besides, Kelly Osbourne also sometimes makes headlines for splurging on some pretty expensive items. In 2012, she spent $250K on manicures which surprised many. She had a nail polish containing 267-carats of black diamonds before attending the Emmy Awards. Moreover, Kelly has two pomeranian puppies, which reportedly costs over $27,000.

On top of that, Kelly Osbourne travels around, driving her black Range Rover. The exact price of Kelly’s car is not known, but its model usually starts at around $90K. Also, she owns a Cadillac, one of the most sumptuous brands of cars.

Kelly Osbourne’s net worth is $16 million so, it is no surprise that she splurges a massive sum on various items. But hopefully, she is paying her car and other taxes in time. Moreover, we wish Kelly is enjoying her time and fortune with her partner and family.

Both of Kelly Osbourne’s parents, Ozzy Osbourne and Sharon Osbourne, have a net worth of $220 million each. That figure is comparatively large than Osbourne’s fortune at the moment. Moreover, another Osbourne family member, Aimee Osbourne, has an estimated fortune of $5 million.

However, Kelly never hesitates to utilize her available bank balance in charity works. Kelly openheartedly donates money from her hefty bank account whenever she feels that some individual, organization, or animal might be benefitted from it.

During a talk with The Talk hosts in 2020, Kelly Osbourne mentioned some of her favorite charities. She mentioned organizations like Wags and Walk, Feeding America, and Center Point. You can also get more info on who the big-hearted lady is working with lately by checking out her social media handles.

Hence, Kelly Osbourne earns millions from her career in the entertainment industry and her involvement in various business lines. Though she is not as rich as her parents at the moment, we hope she will surely make it in the days to come.