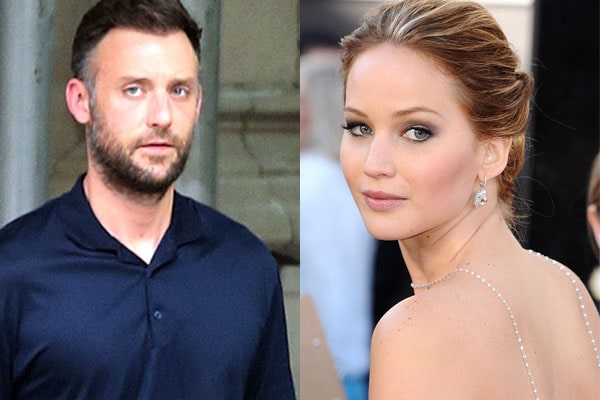 Jennifer Lawrence is one of the leading American actresses who has earned numerous awards and accolades to date. Moreover, she is also one of the highest-paid actresses who has starred in several highest-grossing films. With such major achievements in showbiz, Lawrence has been able to deposit multi-millions to her bank balance.

Not only Jennifer Lawrence but also her husband, Cooke Maroney, is a multimillionaire. Together the happily married pair are adding a tremendous sum of money to their joint bank account.

Here, find out Jennifer Lawrence’s net worth vs. Cooke Maroney’s net worth and how they became multimillionaires. Also, see who is the richest among the two,

Jennifer Lawrence Net Worth And Earnings

The Celebrity Net Worth notes that The Hunger Games star Jennifer Lawrence’s net worth is estimated to be $160 million, while other sources claim that she is worth $135 million. Nevertheless, she has a fortune that she has earned mostly from her career in the American film industry. So, how much Lawrence earns as an actress? Let’s find it out.

Income From Her Career As An Actress

Jennifer Lawrence is active in the American show business as an actress from the early age of fourteen. To date, she has starred in numerous record-breaking movies drawing several dollars to her total bankroll. Her first big-screen debut was in the 2010 film ‘Winter’s Bone,’ in which she played the lead role of a teenage girl.

Reportedly, Lawrence received $3,000 per week as her salary from Winter’s Bone. But, later, her payroll began to rise gradually with her increasing roles in big movies. Currently, Jennifer collects millions as her payment for every acting project she signs.

Some of the chartbuster movies starred by Jennifer Lawrence, along with her total earnings from them and their box office collections, are below.

Besides, Jennifer also received additional dollars as her pre-tax salary and upfront compensation from a couple of movies mentioned above. Moreover, she might have got extra bonuses as her share from the profit of those movies, which added up to her rising net worth.

According to the Forbes report, Jennifer Lawrence earned an estimated $34 million between 2013 to 2014, making her second on their earning list at that time. In 2015, Forbes ranked her first on their world’s highest-paid actresses list. In addition, the site reported that she had banked $52 million pre-tax over a year. So, it’s obvious to say that Jennifer Lawrence’s net worth is over $135 million at the moment.

Besides earning as an actress, Jennifer Lawrence also bags in several dollars from other different sources. She gets featured on various prestigious fashion magazines for which she gets paid a certain amount as her share. Similarly, she also serves as a celebrity ambassador for several brands.

During the Belgian fashion designer Raf Jan Simons‘ tenure at the Dior Fashion House, Jennifer became its celebrity ambassador. She appeared in the advertisement campaigns for its perfumes and fashion accessories and earned $20 million from her three-year contract with it. You still can see Lawrence frequently wearing Dior to public events. Also, if you didn’t know, Lawrence wore a custom Dior bridal gown at her wedding.

Furthermore, Jennifer Lawrence is also the founder of the film and television production company, Excellent Cadaver.

Founder Of A Non-profit Organization

The winner of multiple awards, Jennifer Lawrence, is not just rich by money but also by heart as well. She actively participates in various campaigns for social causes like fighting poverty, raising voices against the gender pay gap, and many more. Moreover, an outspoken feminist and advocate for Planned Parenthood, Lawrence is also the founder of a non-profit organization named Jennifer Lawrence Foundation.

Lawrence founded her non-profit intending to advocate for the Boys & Girls Clubs of America and the Special Olympics in 2015. Currently, her foundation assists and empowers other charitable organizations working for children through collaborative partnerships. Her family members, including her mom, Karen Lawrence, and her dad, Gary Lawrence, help her run the foundation.

Furthermore, Lawrence organizes various fundraising programs to help needy people. For example, in 2013, she conducted an early screening of the 2013 movie The Hunger Games: Catching Fire to benefit an organization, Saint Mary’s Center. At that time, Lawrence raised over $40K for the cause. Similarly, in 2015, she partnered with Chideo to collect funds for the 2015 Special Olympics World Summer Games.

Besides, JLaw is a board member of a non-profit named RepresentUs.

The international superstar Jennifer Lawrence owns luxurious mansions in different parts of the United States. She bought her first home in Santa Monica in 2006, for which she paid $879,000. Later, Lawrence sold the property in 2016 for $1.15 million.

Similarly, Lawrence purchased an NYC apartment in Tribeca for $9 million, which she later gave in a lease for $30K monthly. In addition, she had a penthouse on the Upper East Side, worth $15.6 million. Later, Lawrence tried to sell it for $12 million. But, she did not get the listed price. So, ultimately, she sold it for $9.9 million with a nearly 37% loss in 2020.

Currently, Lawrence resides at her lavish mansion in West Village, NYC, which she bought in 2020 for $21.9 million.

Cooke Maroney Net Worth And Earnings

Jennifer Lawrence’s husband, Cooke Maroney, is also an integral member of NY’s high society, not for being a celebrity’s husband but for his own rights. Reportedly, Cooke Maroney’s net worth is estimated to be $25 million, which he amassed from his career as a successful art gallery director.

Maroney was already making millions before meeting his current wife, Jennifer Lawrence. A graduate of New York University with a degree in Art History, Cooke Maroney has worked at various prestigious art galleries to date. He was an employee at Gagosian Gallery of New York as well.

So, Cooke Maroney is earning enough to have a luxurious lifestyle on his own and give his beautiful spouse expensive gifts. While proposing for marriage to his girl, Jennifer, back in 2019, Maroney offered her a sparkling diamond ring.

Hereby, we can say that, together, Jennifer Lawrence and Cooke Maroney are a power couple. They make millions from their respective business to enjoy a luxurious lifestyle with comfy cars, designer clothes, and expensive vacations for refreshment. In addition, both Lawrence and Maroney earn enough to pay their bills, taxes, and premiums of their insurances in time.

On top of that, the power couple has earned a substantial amount of money to give their upcoming child a rich life. Reportedly, they are expecting their first child together soon.

Well, we can see that Jennifer is richer than her husband, and Maroney might take some time to have a net worth as his wife.

Cesar Millan Net Worth – The Dog Trainer Is A Multi-millionaire

Paulina Gretzky Net Worth Vs Dustin Johnson Net Worth – Who Is Richer?

Jo Koy Net Worth – Income And Earnings As A Comedian

Mr. T Net Worth – What Are His Income And Earning Sources

Michael Clarke Duncan Net Worth – How Much Wealth Did He Have During The Time Of His Death?