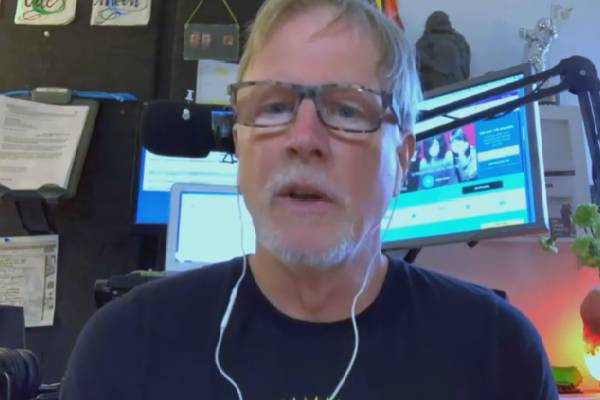 Alan Hunter has amassed a huge sum of fortune from his career as TV and radio personality. Image Source: Social Media.

Born Alan Caldwell Hunter, Alan Hunter is renowned as an American TV and radio personality. Alan is famous for being a video jockey on MTV. He is also the host of the reality show Looking for Stars on the Starz cable TV channel and The 80s on 8 on SiriusXM Radio.

As a famous personality, Alan has earned a significant amount of name and fame in the industry. So, in this article, let’s find out about Alan Hunter’s net worth and his other earning sources.

Alan Hunter Net Worth And Earnings

The famous personality started his career in 1981 as one of the five original video jockeys (VJs) on MTV. Eventually, he kicked off his career as the co-owner of the production company Hunter Films with his brother Hugh Hunter. Alan also co-founded a multipurpose office, studio, and entertainment facility, WorkPlay.

As per Celebrity Net Worth, Alan Hunter’s net worth is $2 million. So, how did the VJ earn so much? Let’s find out about Hunter’s earning sources.

Earnings As A VJ

After graduating from Mountain Brook High in 1975, Alan Joined Millsaps College and graduated with BA in psychology in 1979. He got his debut television acting job in Love’s Savage Fury, which starred Raymond Burr, Jennifer O’Neill, and Michael Pare, during his senior years.

Afterward, he struggled to grow consistently and did some side gigs, including working as a bartender, waiter, and phone answering service. Finally, Alan secured a role in the music video for David Bowie‘s Fashion. He was paid $50 a day for this work.

In 1981, Hunter joined MTV and started to gain more recognization. In his later years with the channel, he became known for his road trips in the remotes area for the MTV programs like MTV Spring Break and MTV’S Hedonism Weekend with Bon Jovi in Jamaica.

As reported by Glassdoor, the average salary of a video jockey is over $68K per annum. However, considering the skills of Alan, he must have earned more than the average salary. Thus, during his career with MTV, the famous VJ must have pocketed a significant amount of money.

Earnings From The Hunter Films

Apparently, Alan co-starred in the movie, Lifted along with Dash Mihok and other famous actors. Besides, the actor also has starred in several other films and TV series, including White Hot, Gamalost, and Police Academy 6: City Under Siege.

Furthermore, the company seems to be doing well, thus, its co-owner, Alan Hunter must have pocketed an enormous sum of money.

Even amid his entrepreneurial ventures, the actor and producer continued his work as a TV host. Moreover, with so many achievements, Alan Hunter’s net worth of $2 million is well-deserved. Hopefully, the famous host will continue to work hard and amasses even more fortune in the coming days.

Considering the TV personality’s fortune and earnings sources, there is no doubt that Alan can afford a comfortable way of living for himself and his family.

Alan Hunter currently resides in Chicago with his family. Moreover, the TV personality must have invested a portion of his net worth to buy some real estate properties. Similarly, Alan must also drive a branded car of his choice.

Nevertheless, the video jockey has overcome all the hurdles of his life and accomplished a life many people dream of having. Let’s hope Alan Hunter continues to find more success and leads a comfortable life along with his family.