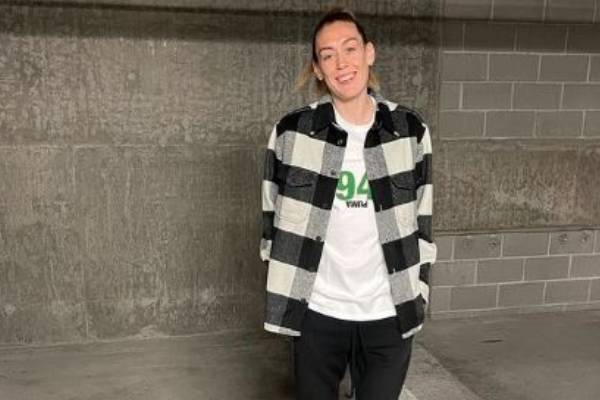 Breanna Stewart is a professional basketball player from America. New York-native Stewart currently plays for the Seattle Storm of the Women’s National Basketball Association. Her exemplary playing skills have helped her gain an immense fortune through the sponsors, salary, and massive stardom.

Breanna Stewart Net Worth And Earnings

As mentioned by several online sites, the professional basketball player Breanna Stewart’s net worth is estimated to be $1.4 million. Well, there is no concrete proof behind that, but looking at her career, many expect her to be a multi-millionaire.

Furthermore, some other sources also state that she has amassed a fortune of $1.2 million. Nevertheless, Breanna’s wealth is in the millions, which she has amassed in her career as a professional basketball player.

So, let’s learn how the 2018 WNBA MVP adds such an enormous amount to her fortune and what Breanna Stewart’s earning sources are.

Earnings As A Professional Basketball Player

As stated earlier, the two-time WNBA champion Breanna Stewart’s net worth mostly comprises her professional basketball career’s earnings. In addition, she has competed in several national and international tournaments and has bagged several accolades and prize money from these tournaments.

Breanna began playing basketball at an early age. During her high school career, she played for head coach Eric Smith at Cicero-North Syracuse High School. While still in eighth grade, she played the first game for the high school teams. She competed in many national tournaments and traveled to several states.

At the age of 14, Breanna was selected to join the USA Basketball U-16 team. As a result, she became the youngest member of the team. There also, she succeeded by helping the team win the gold medal in the First FIBA Americas U16 Championships for Women.

Stewart then was selected to the U17 team of the USA, where she earned a starting role in all eight games. Just like that, she played for U19 and 2011 PAN American Games. In 2011, Breanna was named the USA Basketball Female Athlete of the Year.

Here is the contract detail of Stewart with the Seattle Storm.

As a result, Breanna’s fortune might have increased significantly from the contract that she has signed with the Storms. According to Queen Ballers Club, she pocketed an additional $11,536 after the team won the 2020 WNBA Championship. In addition, she earned $10,300 after she was named to the All-First Team.

Moreover, Breanna will also receive $100,000 to train in the USA. For 2020, she signed with the Russian team, UMMC Ekaterinburg. In addition, Breanna also bagged an Olympic gold medal at the Tokyo Olympic 2020. Along with the medal, she might have taken home some amount as a cash prize, thus increasing her net worth.

As stated earlier, Breanna Stewart’s main income source is her career as a professional basketball player. Besides earning money from the contract and prize money of several tournaments, she also earns considerably from the sponsorships from many sports organizations and private businesses.

In April 2016, the talented basketball player Breanna signed a multi-year deal with Nike. She described that the deal is bigger than basketball. Similarly, in May 2021, she became the brand ambassador for German sportswear manufacturer Puma. The agreement will result in producing several goods, including her own show, in collaboration with Puma.

In addition, in May 2019, Breanns became a paid ambassador for the WNBA 2019 season. According to the agreement, the WNBA would pay her in excess of the roughly $65,000 base salary that she would have made with the team.

One cannot doubt that Breanna Stewart’s earnings might have increased from the various sponsorship deals that she has signed. Moreover, as she is still dedicated to her basketball career, one cannot also doubt that her fortune will increase in the coming days.

As mentioned earlier, Breanna Stewart’s fortune is estimated to be in the millions. The huge net worth has allowed her a life full of luxuries and comfort. All thanks to her massive fortune, she is able to afford luxurious cars, a house, and a lavish lifestyle.

With a net worth like that, it’s no doubt that she pays a significant amount in taxes. Furthermore, she might have a good insurance policy for her cars. Nonetheless, she is doing great with her fiancee, Marta Xargay, and their daughter, Ruby Mae Stewart Xargay.

Nevertheless, we hope that Breanna continues to enjoy her happy and comfortable life with her partner, Marta, and their baby girl, Ruby.

And with her popularity growing, even more, Breanna’s fortune will also reach new heights in the coming days.