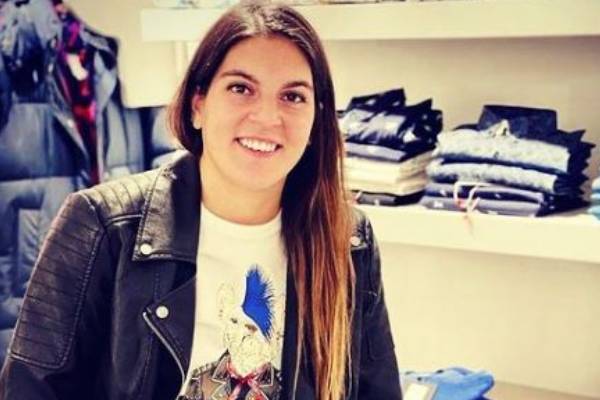 Marta Xargay is the lovely partner of the professional basketball player Breanna Stewart, who plays for the Seattle Storm of the WNBA (Women’s National Basketball Association). Brenna began playing basketball at an early age, and in 2016, she was drafted by the Seattle Storm.

With the growing fame of Breanna, her partner, Marta Xargay, has also gained immense media attention and fame. Fans are curious to know about Marta and their lovelife.

Thus, today, we shall learn about Breanna Stewart’s partner, Marta Xargay, and the details behind their love story.

Breanna And Marta Are Engaged

As stated earlier, Marta Xargay is the lovely partner of famous WNBA player Breanna Stewart. The couple began their relationship when they were playing together for Dynamo Kursk.

Breanna Stewart’s partner uploaded their first picture together in August 2019. So, they might have begun dating around that time. After that, the couple did not hesitate to show their love for each other.

After dating for some years, in May 2021, Breanna took a step further in their love life and proposed to her then-girlfriend. She had planned the whole engagement and made Xargay hike alongside her in Papago Park, Phoenix.

In an interview following their engagement, Marta revealed that she had not wanted to go hiking on that day. But her lover, Breanna insisted on going for a walk, take pictures, and spend some time together. Xargay agreed, and the pair went on to the hike which then turned into one of the most memorable days for them.

In the middle of the walk, Breanna surprised the love of her life by getting down on one knee with the ring. Marta obviously said a Yes and the couple spent a few moments together enjoying the moment.

Soon after, the couple shared the news of them being engaged via Instagram. Both uploaded pictures of their special moment with lovely captions and the hashtag “wifey.”

Furthermore, one of the online tabloids suggests that the love birds tied the knot on July 6, 2021, at Breanna’s apartment building’s rooftop. However, neither of them have confirmed this piece of information. Thus, it is unclear if the pair are already married.

Nonetheless, we hope that their relationship remains strong forever.

As stated earlier, Marta Xargay shares a blissful relationship with her fiancée, Breanna Stewart. The couple loves each other deeply and does not shy away from sharing their love for each other via Instagram.

Furthermore, only a few months after getting engaged, Breanna and Marta welcomed their first child into their life. On August 9, 2021, the pair welcomed their daughter, Ruby Mae Stewart Xargay, via a gestational surrogate.

The couple shared the news of their baby girl’s arrival on Instagram, and several fans and colleagues flocked the comments to congratulate them.

While talking to People, Marta’s fiancee mentioned that becoming a mother is bigger than anything else she had ever done. Stewart also stated that she looked forward to every challenging and beautiful moment as a family of three.

Furthermore, Marta Xargay’s partner, Breanna, had frozen her eggs while she was recovering from an injury in 2018. She had quietly decided to expand her family via gestational surrogacy. Moreover, a new short film that premiered on TOGETHXR documented the birth of their baby girl.

The couple seems to be great parents of their baby girl and are raising her with immense love and care.

Moreover, Breanna Stewart’s fiancée, Marta, played both in the WNBA and the European Season with Phoenix Mercury and USK Praha, in the 2010s. She is also a member of the Spanish national team and has won several international competitions.

Breanna Stewart’s lover, Marta has participated in several championships and tournaments and has even helped her team to claim victory. She seems to be doing great as a professional basketball player and is earning immense fame and fortune like her partner.

We hope that Marta Xargay, Breanna Stewart, and their baby girl continue to enjoy a happy life.