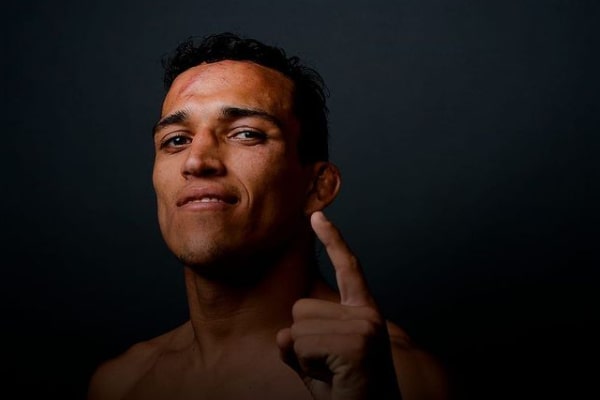 A professional since 2008, Charles “Do Bronx” Oliveira is a Brazilian mixed martial artist. Currently fighting in the Ultimate Fighting Championship as a lightweight contender, Charles is living the best days of his life.

Defeating Michael Chandler at UFC 262 for the UFC lightweight championship, the Brazilian fighter has had exceptional growth in net worth.

Charles Oliveira’s net worth is estimated to be above a million-dollar mark. Below, let us look into the sources that add up to the 5’10” fighter’s fortune.

Oliveira’s Paycheck In The UFC

Like wine, which ages well with time, so has Charles Oliveira’s skill set and paychecks. Tayla Oliveira’s fathers’ main source of income is from his MMA career.

As mentioned above, the UFC fighter made his debut in 2008 and has never looked back ever since. The 31-year-old’s first paycheck in the UFC was $62,000 for his bout with Darren Elkins.

Below let us look at some of his paychecks in the UFC as per MMA Salaries.

The submission specialist became a title contender after submitting Tony “El Cucay” Ferguson, for which he was paid $250,000. But his highest paycheck so far was $307,200 for his bout with Kevin Lee.

Do Bronx holds the record of most submission wins in the UFC with wins over Kevin Lee, David Teymur, Jim Miller, and Clay Guida, to name a few.

Since the father of one is now a high-ranked UFC lightweight contender, Charles Oliveira’s net worth must be skyrocketing.

He Is A Harness Racer

Talita Roberta Pereira‘s husband, other than MMA, is also into harness racing. It is a form of horse racing in which the horse pulls a two-wheeled cart called a sulky occupied by a driver.

As Charles Oliveira is an intermediate level to the sport, he has taken part in a couple of national events. He is the ambassador to the sport and also took part in the Revista O Trotador.

The 31-year-old has also appeared on the cover of Brazil-based Cavaleiro News, covering most national horse games.

The average pay for the sulky diver is $25 hourly in the United States. We can assume the 3rd-degree black belt in Brazilian Jiu-Jitsu to earn more than that because of his star power.

The UFC lightweight champ is the owner and head trainer of the Centro de Treinamento Charles Oliveira Gold Team. Mainly focusing on Brazilian Ji-Jitsu, the training facility is situated in Rua Timbiras, Guarujá. It is open from Monday till Friday from 9.00 to 23.00.

The workplace has a family-friendly environment regardless of Oliveira’s rough and tough nature. Despite the global pandemic, the martial art school was still operating and providing classes through online mediums. As the owner of the facility, Oliveira must have earned a considerable sum from it.

Mostly known for its involvement in the bodybuilding industry, Maximum Human Performance is a well-established supplement company.

Since MHP has a wide range of products for various prices, operating worldwide, we can assume the UFC lightweight champion is earning a heavy paycheck.

Reebok previously sponsored all of UFC’s fighters, and now Venum is the main sponsor for them. Charles Oliveira’s merchandise section may not have as many options as Conor McGregor or Khabib Nurmagomedov, but he has some killer-looking designs.

Unlike Reebok, Venum can give the audience an understanding of who the fighter is through their clothing. With Do Bronx, he has a custom walkout hoodie concerning his country, Brazil.

The hoodie is priced at $175 and a jersey at $100. There are event posters signed by the father of one himself, priced similar to the hoodie that works as a source for his net worth.

Looking into Charles Oliveira’s social media, we can see he is not into the lavish lifestyle. During the pandemic, the 31-year-old was distributing essential basic needs to his community in Brazil. However, the harness racer also has an interest in motorcycles as he recently bought a white Kawasaki.

Other than that, he is very down-to-earth and enjoys spending time with his family and the community.

As he is finally considered a top contender in the UFC, Charles “Do Bronx” Oliveira’s net worth will only increase in the days to come. We hope to see him join the ranks of Brazil’s greatest UFC fighters like Anderson Silva and Jose Aldo.

The lightweight king is about to be crowned 🏆 Texas, here we come!

We wish the very best to Charles Oliveira for his future endeavors and his upcoming bout.