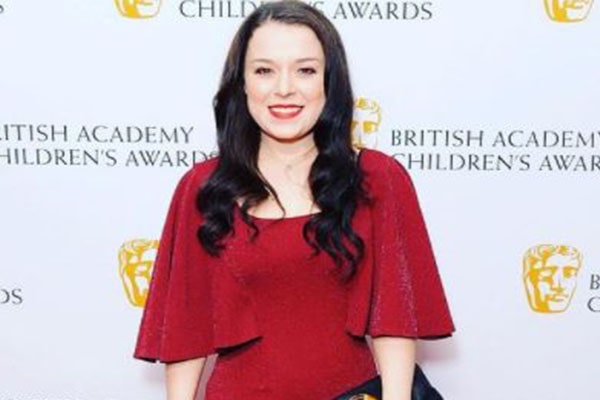 Dani Harmer is famous for her title role in the series The Story Tracy Beaker. Image Source: Dani Harmer Instagram.

Dani Harmer, born Danielle Jane Harmer, is an England-born actress, television personality, and former singer. Dani became popular from her lead role as Tracy Beaker in the CBBC series The Story of Tracy Beaker and has starred in dozens of movies and series. Besides her appearance in various films and TV shows, Dani has also gained fame as a singer.

Dani Harmer is a multi-talented personality in Hollywood. She has earned considerably as an actress, television personality, and even as a singer. According to Express, Dani Harmer’s net worth is around $2.8 million (£2.1million). Besides her profession as an actress, she also earns significantly as an acting coach. Now, let’s learn more about how the multi-talented personality has amassed an enormous fortune to her name and her professional career.

Dani Harmer Net Worth And Career

As stated earlier, Dani Harmer’s fortune is around $2.8 million (£2.1million). She has amassed massive wealth and fame from her acting projects and various other ventures.

Harmer attended Stagecoach drama lessons at the age of five. Two years later, at the age of seven, she won a scholarship to attend Redroofs Theatre School. The following year, she made her stage debut in the musical The Who’s Tommy. Since then, she has appeared in several pantomimes, British theatrical entertainment made for children.

Dani has appeared in minor roles in various series like Pie in the Sky, The 10th Kingdom, Beast, My Family, Coming of Age, Little Crackers, Secret Life of Boys, and many others. She has also appeared as an extra in Harry Potter and the Philosopher’s Stone but was uncredited.

Dani had her big break in her career when she was cast in the title role in the CBBC’s drama-comedy series The Story of Tracy Beaker. The role helped her gain immense popularity and wealth. She also starred in the feature-length film Tracy Beaker’s Movie of Me. Besides these series, Dani has appeared in different other series like Trial & Retribution, The Beeps, After You’ve Gone, The Tracy Beaker Survival Files, Tracy Beaker Returns, and many others.

According to PayScale, an average salary of an actress in the UK is around $40,000 (£29,000) per year. Looking at the number of TV series that the talented and beautiful actress Dani Harmer has been involved in, we can assume that she has made a multi-million fortune as an actress.

Apart from being a phenomenal actress, Dani is also a former singer. In 2008, she signed a record deal worth $4.1 million (£3 million) with record label Universal/Decca. Her debut album, Superheroes, was recorded and written with the help of songwriter and producer Tom Nichols in 2008. The lead and only song of the album, Free, became the theme song of the TV show Dani’s House.

In 2012 Harmer announced that she had given up music to focus on her acting career. A musician’s average salary in the UK is $40.7K (£29,587) per year. Although she had a brief singing career, the talented star made a significant income from her albums, which eventually increased Dani Harmer’s net worth.

As mentioned earlier, Dani has not only earned enormously as a brilliant actress and singer but also from various other ventures that she has been involved in. In 2012, she participated in the dancing reality show, Strictly Come Dancing, where she was paired up with Vincent Simone. The pair finished fourth and as a celebrity guest, Harmer might have been paid well from the show, which contributed to her fortune of a grand sum.

Dani also makes a significant income from her profession as an acting coach. She started her own Academy, named The Dani Harmer Academy, which provides singing lessons, dance lessons, and drama lessons to people of different age groups. It is situated in Edgbarrow, Crowthorne, UK. The fee to enroll is $48 (£35). She must have made a significant income from the Academy too.

Thus, Dani Harmer’s net worth must be in millions as she has earned considerably from various professions like acting, singing, and even coaching.

As stated earlier, Dani Harmer’s net value is around $2.89 million (£2.1million). She has accumulated an enormous fortune to her name from various TV series that she has starred in, a music album, and her own Academy. The multi-talented personality currently lives a comfortable life with her family in the UK.

Thanks to her hard work and wealth, Dani is able to afford a comfortable and lavish lifestyle. Going through her Instagram, we can see that she is a family person and loves to spend quality time with her family. She also posts various pictures of herself and her family.