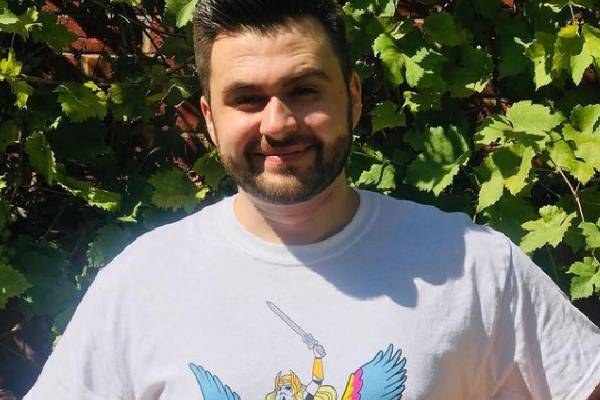 Danielle Jane Harmer, who is well-known as Dani Harmer, is an established name in the film industry. She is famous for her works as an acting coach and television personality. Harmer is noted for her dedicated performance as Tracy Beaker in the CBBC shows Tracy Beaker and Tracy Beaker Returns.

The winner of BAFTA in 2010, Dani has also gained popularity as a singer. She is also one of the finalists of BBC1’s Strictly Come Dancing. Moving on towards the actress’s personal life, Dani Harmer is in a healthy relationship with Simon Brough.

Let’s have a look at their relationship and see what Dani Harmer’s partner Simon does.

Is In A Healthy Relationship

Dani Harmer and Simon Brough are the loveliest people enjoying their relationship. The Strictly Come Dancing Star met her lover, Simon Brough, in 2015. Although the couple has already become parents to a kid, they are yet to get hitched. The lovers seem to be sure about discussing their plans for the future together. Dani’s partner has already revealed their plans to their fan followers.

Happy birthday to my @MissDaniJHarmer have a lovely day sweetie xxxx pic.twitter.com/S5rWIsSEmk

The beloved couple won’t be getting hitched until their first child, Avarie, is old enough to participate in the wedding ceremony. They did not want to get married only for the reason of having a baby so, the power couple is waiting for the right time to wed.

Doting Father Of A Beautiful Daughter

Dani Harmer’s partner, Simon Brough, is a doting father to his gorgeous daughter, Avarie-Belle Betsy Brough. He and Dani welcomed their first child on June 28, 2016, after three days of grueling labor pain for the mother. The good news was announced through the couple’s social media sites, followed by an impressive number of best wishes from their well-wishers. The jolly parents could not stop themself from having a photoshoot with their newly born kid.

Before the birth of their daughter, the actress uploaded a picture of her boyfriend, Simon Brough reading a pregnancy book. The photo made Dani’s fans curious to know if the power couple is expecting a baby or not. And to everyone’s surprise, they announced the news about expecting a baby soon after. The beautiful couple is now spending quality time with each other. According to them, marriage is not necessary to live a happy family life.

Dani Harmer’s lover, Simon Brough, is currently working as a sales manager. He attended Royal Manor Arts College and later enrolled at the University Of Plymouth and graduated in 2012. After completing his studies at the University, Simon worked at Dolce Vita as a Bar Staff.

Simon Brough has worked as a technician in several theater companies and has accumulated a good sum of money. Here are some of the lists of works he has done in the theater field to date.

Going through his Linkedin profile, we can see that Dani Harmer’s baby father is working as a sales manager in PharmiWeb Jobs since September 2019. PharmiWeb is the life sciences job board in Europe. Simon is involved in generating new business and retaining valued clients year after year. He is also responsible for training new starters, business development, and finding new activities for PharmiWeb to conduct in the future. Besides, Dani Harmer’s partner, Simon, seems to be enjoying his work as a technical theatre as per his hobby. He has got experience in lighting, sound, and stage management.

Although Simon Brough is famous as the husband of actress Dani Harmer, he is also known in the theater world. Besides Dani’s massive wealth and income from various other ventures, Dani’s lover, Simon, must be earning a good sum of money from his field. Dani, along with her partner and daughter, resides in the UK. Thanks to the couple’s hard work, they can afford a lavish lifestyle.