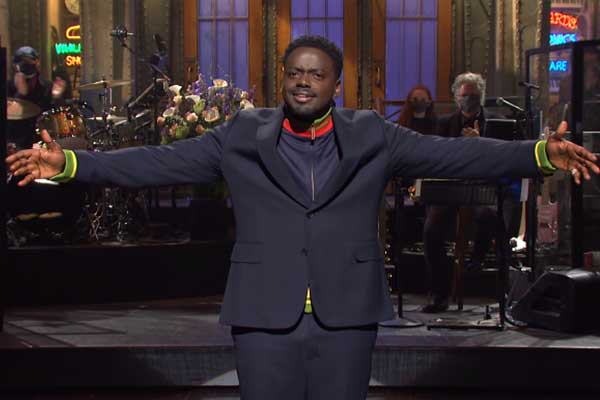 Internationally renowned for starring in Get Out, Daniel Kaluuya has earned a massive fame and fortune under his name. Photo Source: Social Media.

If you are a horror movie fan, Get Out, directed by Jordan Peele, just might be your forte. It explores the theme of racism in a spooky way, with some medical science added to the mix. And the individual who gives life to the movie is Daniel Kaluuya.

The British actor portrays the role of Chris Washington, who unravels the shocking secrets of his girlfriend’s family in the film. He earned critical acclaim for his remarkable acting in it. However, this isn’t the only project that Kaluuya has worked on; he has acted on numerous movies, television series, and theatrical plays.

As a well-renowned Hollywood persona, Daniel must have earned massive fame and fortune. Celebrity Net Worth states Daniel Kaluuya’s net worth to be $15 million. But what are his income and earnings from the various projects he has starred in; let’s find out in this article.

Daniel Kaluuya Net Worth And Earnings

The film star developed an interest in acting from a young age. Kaluuya’s passion led him to act in improvisational theatre at nine. Since then, he has honed his acting prowess to the next level.

The Brits’ persistence and devotion to acting have made him one of the most respected figures in Hollywood. So, his income and salaries earned from his acting gigs are well-deserved.

Likewise, Daniel Kaluuya’s net worth of $15 million is also the outcome of his hard work. We will break down details of his earnings from his career below.

Also Read: Learn About Mike Vrabel’s Net Worth And Earnings

As mentioned earlier, Daniel began his journey by working in theatres. He also attended Anna Scher Theatre School and Weekend Arts College, which provided him with a platform to hone his talents.

The performer made his tv debut with Shoot the Messenger in 2006. After that, he had small roles in The Whistleblowers, Comedy: Shuffle, Delta Forever, Cass, Silent Witness, etc. In addition, he became a contributor writer and actor for the critically acclaimed drama Skins in 2007.

The television star’s other tv credits include Inspector Lewis, FM, Doctor Who, Bellamy’s People, Psychoville, etc. His theatre experience made his acting more refined and realistic and earned much praise from critics.

Daniel has also acted on many commercially successful movies in his career. Some of them and their box office collection are listed below:

The media person has received many awards for his remarkable performances. For instance, he won the 2019 Screen Actors Guild Awards for Outstanding Performance by a Cast in Motion Picture for Black Panther.

Hence, Daniel Kaluuya’s net worth has risen alongside his successful acting career.

Have Won An Academy Award

Kaluuya became internationally renowned after starring in Get Out in 2017. His portrayal of an African-American guy caught up in middle-class White people’s web of conspiracies is applaudable. In addition, his realistic expression of fear and uncertainty makes the audience feel the same.

The film was a hit, grossing $255.4 million with just a $4.5 million estimated budget. Although Daniel’s salary from the movie hasn’t been revealed, he must have made a considerable sum. In addition, he won an Academy Award nomination, MTV Movie & TV Awards, NAACP Image Awards, BAFTA, etc.

According to Forbes, Daniel earned $3 million in 2021 which included his paycheck from Judas and the Black Messiah and some advertisements. Hence, he was among the highest-paid actors who were Oscar-nominated that year. And with his rising stardom, Kaluuya might become the highest-earning actor overall in the coming days.

When discussing successful and famous celebs, we naturally assume them to be living lavishly. For some, it might be accurate, but Kaluuya prefers a modest lifestyle away from the glamour.

This might be due to the Get Out star’s humble upbringing. He came from a low-income family with a single mother. In addition, his mom moved him to different hostels before shifting to a house of their own in London.

Later, Daniel’s determination and efforts led him to launch a successful acting career and earn millions. So, although he mightn’t flaunt his riches, he must be enjoying a comfortable life.

Similarly, the artist might have purchased houses or properties in his homecountry. He likely owns branded and luxurious cars. In addition, Kaluuya seems interested in fashion and often dresses fancy for red carpet events.

Despite having a fortune of $15 million, the Oscar winner prefers to live a simple life. His humble lifestyle and simplicity are genuinely applaudable. We wish him prosperity and happiness ahead.