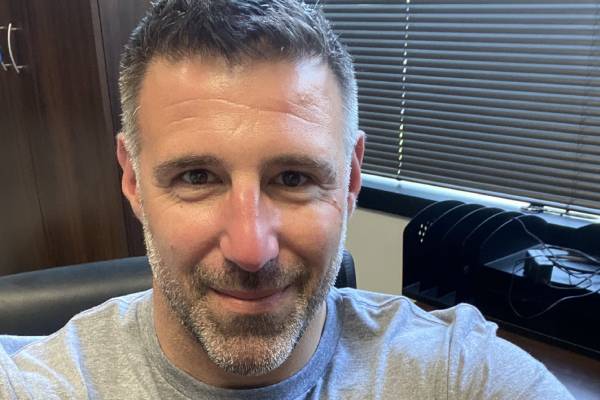 Michael George Vrabel, also known as Mike Vrabel, is a well-known name in the NFL world. Vrabel has been working as a coach since 2011 for different teams like Houston Texans, Ohio State University and currently, serves as the head coach of Tennessee Titans. Moreover, Mike was also an NFL player from 1997 to 2010.

In his professional career, Mike has gained significant fame and prominence. Many of the NFL fans are curious to know how much has the NFL coach earned to his name? What are his earning sources? So, let’s learn in detail about Mike Vrabel’s net worth and earning details in this article.

Mike Vrabel Net Worth And Earnings

Mike, the current head coach of the Tennessee Titans, has been involved in football for many years now. As a result, he has gained worldwide prominence and success. Apart from that, he must have earned a considerable sum to his name. While the actual amount of his fortune has not been revealed yet, it can be assumed that Mike Vrabel’s net worth must be a considerable sum.

However, some of the online sites have reported that Mike’s fortune is $10 million. Nevertheless, he seems to have earned significantly in his career. So, how did the NFL coach amass such a huge amount? Let’s find out all about it below.

Mike Vrabel played for the Walsh Jesuit High School football team, where he was coached by Andrew Slome. Then, he committed to Ohio State University and played defensive end for the team. In 2000, Mike was named to the Ohio State Football All-Century Team.

Then, in 1997, Pittsburgh Steelers drafted Mike in the third round (91st overall) on the NFL Draft. He played with them for four seasons. Then, in the 2001 season, he joined the New England Patriots. For the next seven years, he played with the Patriots. According to Spotrac, in August 2005, he signed a 5-year contract extension with the team for $16.4 million.

Mike was then eventually traded to the Kansas City Chiefs in February 2009. He signed a one-year contract worth $3,025,000 with the Chiefs. Seeing as he signed multi-million dollars worth of deals, Mike Vrabel must have earned significantly in his playing career.

Also Read: Know About Ron Rivera’s Net Worth And Earnings

Mike retired from his playing career in July 2011. He then joined the Ohio State University as their linebackers coach. Then, in 2012, he began working as a defensive line coach and worked there until 2013. Houston Texans hired him as their linebackers coach the following year. Vrabel was promoted to the defensive coordinator of the Texans in 2017.

In January 2018, Tennessee Titans announced Mike as their head coach, and he signed a five-year deal with them. However, the contract amount and the salary that he has received have not been disclosed yet.

But as per NBCSports, Mike became the 22nd highest-paid NFL coach in 2021, with $3 million of earnings that season. So, the 5-year deal must be worth millions and has helped the Titans head coach amass a massive fortune.

With many years of experience, the Ohio native surely earns a lot. Due to this, Mike Vrabel’s net worth must have increased significantly over the years.

As stated above, Mike Vrabel’s fortune must be a considerable sum. With a significant amount of riches, he must be living a comfortable lifestyle. The NFL coach resides in Nashville, Tennessee, with his wife, Jen Vrabel, and two sons, Tyler Vrabel and Carter Vrabel.

In March 2018, the NFL coach bought a home in Forest Hills for $2 million. It was listed at $1.99 million in August 2017. The home consists of six bedrooms and eight bathrooms and stands in a 6,100 square foot area. Moreover, he owns a Nissan Titan truck whose starting price is $45,900.

As the Titans coach is still very active in his coaching career, there’s no doubt that he will earn more in the coming days. Therefore, Mike Vrabel’s net worth will surely increase in the future, allowing him to continue living a comfortable life.