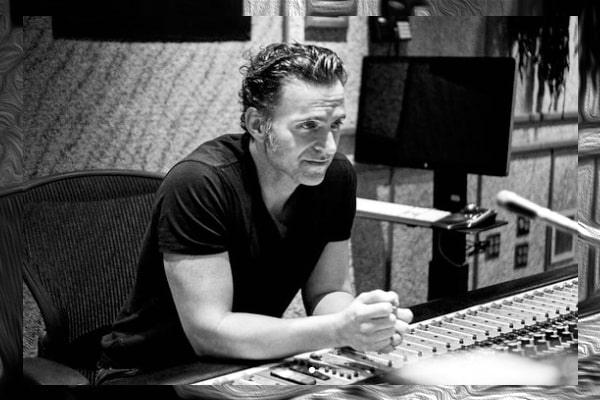 Dweezil Zappa earned both money and fame from his career as a musician and an occasional actor. Image Source: Dweezil's Instagram.

Born to renowned music composer Frank Zappa, Dweezil Zappa was often compared to his father. However, he proved his worth and became one of the most sought-after guitarists.

Hence, a successful career of one’s favorite musician always triggers a question, ‘What is Dweezil Zappa’s net worth? Another most common interest is that if Dweezil is more prosperous than his father, Frank Zappa? Read until the end to find out.

Dweezil Zappa’s Net Worth And Earnings

Well, Dweezil Zappa’s net worth has increased to $4 million, thanks to his musical career.

Born in a Zappa family on September 5, 1969, in LA, he pursued a career in music in 1986. He further chose a nickname, Dweezil, given to him by his father. Moreover, Zappa has been affiliated with over five record labels.

As previously mentioned, Dweezil started his career in the mid-80s and is associated with five labels.

Zappa is well-versed in playing several instruments, including bass, piano, banjo, and vocals. To date, he has released five solo albums since 1986 and has worked with many renowned musicians.

Thus, Dweezil Zappa’s earnings from his album sales are magnificently massive, which has supported him live a convenient lifestyle.

Moreover, Dweezil Zappa also led a tribute act as the oldest son of American musician Frank Zappa, Zappa Plays Zappa. The show was dedicated to performing the music of his father. Moreover, in 2012, Dweezil released the album Zappa Plays Zappa and Return of the Son, which costs $7.98 and $12.55.

Frank Zappa’s son, Dweezil’s choice to pay tribute to his late father, became somewhat controversial, which led to an estate battle between the siblings.

Aforementioned, the band that led the tribute act for Frank Zappa by Dweezil Zappa debuted in 2006.

Moreover, in 2016, he held a tour to celebrate the 50th year of the release of Zappa’s first album, Freak Out!. Thus, Zappa defiantly re-named the tour, “50 Years of Frank: Dweezil Zappa Plays Whatever the [email protected]%k He Wants – The Cease and Desist Tour.”

Interestingly, the Zappa siblings got dragged into an estate dispute for decades after Frank’s widow, Gail, chose not to leave her four surviving children equal shares. She further left 30% to Ahmet Zappa and Diva Zappa while also making them co-trustees. On the other hand, Dweezil and Moon Unit only received 20% and were not named trustees.

The battle finally settled until March 2019, when an LA judge approved a settlement agreement between three of four kids. However, Moon Unit was not a part of the settlement. Furthermore, the settlement also states that the income generated by the performance of Frank’s music must be split four ways.

Besides making money from a musical career, Dweezil Zappa’s net worth is also influenced by his occasional acting career.

According to Dweezil Zappa’s IMDb, Zappa has 20 acting credits, most of which are television series. He has appeared in Metalocalypse, On the Spot, According to Jim, Son of the Beach, Duckman: Private Dick/Family Man, Second Noah, Normal Life, etc.

Likewise, Dweezil has also appeared in a reality show, Celebrity Wife Swap, alongside his wife Megan Marsicano and stepdaughter Mia Marsicano. Some other acting credits include Mother Foose Rock ‘n’ Rhyme, The Running Man, Pretty in Pink, etc. Also, Dweezil has lent his voice for Gary Shostotonovonovich of The Oracle of Outer Space.

The average salary of a movie star is $90,500, while a tv actor makes an average of $32,500 per year. However, the pay varies with the experience, knowledge, and skill of an individual.

Therefore, Dweezil Zappa’s fortune increased along with his acting career.

As mentioned earlier, Dweezil’s wealth has doubled massively since 1986. Hence, he is undoubtedly leading a luxurious life.

The rock guitarist currently lives in his Toluca home with his wife, Megan, and kid Mia. Furthermore, he bought the 2,221 sq. ft house in 2006 for $1.457 million. He also enjoys his time with daughters Zola Frank Zappa and Ceylon Indira Zappa here.

Also, the Zappa couple swapped his wife with David Justice‘s wife, Rebecca Justice, for a show, Celebrity Wife Swap. The show gave a peek into the rock guitarist’s lifestyle, which was pretty mellow for the musician.

However, the Zappa couple indeed has a healthy living standard and basic human courtesy to one another. While Dweezil lives a comfortable yet luxurious life, his father, Frank Zappa’s house, was bought by Lady Gaga for $5.25 million.

Frank had bought the property for around $75,000 in the mid-70s and spent his entire time there. Moreover, today, Frank Zappa’s net worth is estimated at $1 million on his deathbed. Therefore, Dweezil is more affluent than his father and continues to proliferate.