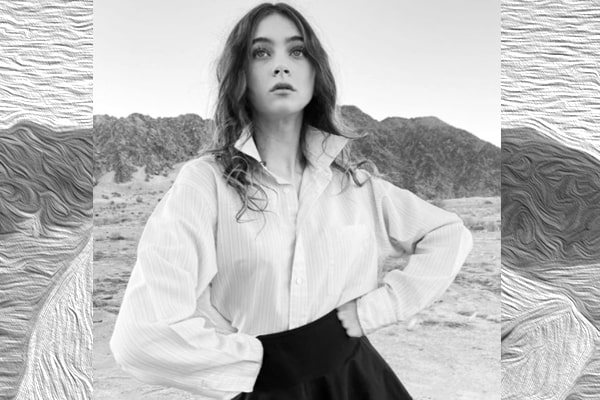 Dweezil Zappa is a doting father of two daughters with his ex-wife, Lauren Knudsen, and a stepfather to his wife, Megan Marsicano‘s daughter, Mia Marsicano. All three Zappa kids have grown into fine young ladies and have started their own careers.

However, here, we shall talk about Dweezil Zappa’s daughter, Zola Frank Zappa, and her whereabouts. Furthermore, is she launching herself as a musician like her father, or is she making her own career choices? Stick until the end to figure out.

As mentioned earlier, Dweezil Zappa was first married to Lauren Knudsen and welcomed two daughters together, Zola Frank Zappa being their oldest kid.

Furthermore, Dweezil Zappa’s daughter, Zola, was born in 2006. Sadly, there isn’t much about her childhood, but she must have enjoyed growing up with her younger sister, Ceylon Indira Zappa, two years younger. Likewise, Zola also welcomed her half-brother, Julian, from her mother’s side in October 2018.

Sadly, Zola and her sister grew up when her parents were going through a difficult separation. Despite that, Zola grew up with her mother and was surrounded by her father at times.

However, Zola is very private about her personal life despite being active on her Instagram. Similarly, her posts show that she’s politically aware and often puts her political thoughts on her page.

While talking about Zola’s relationship with her mother, she is very close to her. Moreover, she often appears on Lauren’s Instagram, where she wishes her firstborn on her birthdays.

Although born in a musical family, Dweezil’s daughter is more influenced by her mother. Thus, she is an aspiring model at age 15.

As mentioned earlier, Dweezil’s baby girl is more likely to have been influenced by her mother than her star guitarist father. As a result, she is pursuing her career as a professional model at age 15.

Similarly, Zola’s Instagram shows that she is currently associated with IMG Models. She was signed by the agency in late 2020 and has modeled for Gucci to Givenchy. Moreover, Zola’s portfolio is stunning, and she’s presented her potential at a very young age. Likewise, she also models in her mother, Lauren’s designs and posts on her Instagram.

Moreover, Zola seems to love visiting museums and appreciates artworks on the streets. Furthermore, she loves the jewelry section and most likely to follow her love for fashion and modeling in the coming days.

Hence, the firstborn in the Zappa-Knudsen family is pretty passionate and artistic, but what went wrong between her parents?

Moreover, Zola’s mother applied for legal custody of her and her sister. Also, the case was still unresolved until March 2012, and Zappa was caught up in yet another legal issue after his lawyer made a public issue of unpaid legal bills.

However, all the legal troubles between Zola’s parents ended, and both remarried their significant partners. Although she gets very little time with her father and shares nothing about one another on their respective social media, they must have a beautiful bond secretly.

As of now, Dweezil Zappa’s daughter, Zola Frank Zappa, named after her grandfather, is growing up into a beautiful young woman dreaming of becoming a fashion model. Thus, we shall hopefully see Zola’s face in Vogue International in the future.

The name Zola means the origin of the earth and has Italian origin.