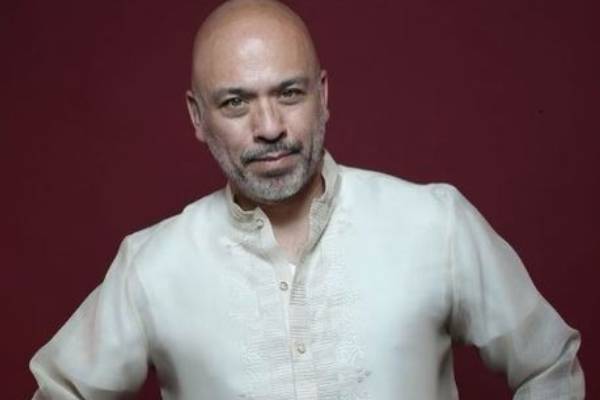 If you are a follower and love watching stand-up comedies, Jo Koy is not a new name. Born Joseph Glenn Herbert in Tacoma, Washington, Jo is a famous stand-up comedian from America.

Jo has been involved in the comedy field for a long time now. His stand-up career has made him enormously famous. But how much has the well-known stand-up comic earned?

Thus, let’s find out about Jo Koy’s net worth and his earning details.

Jo Koy Net Worth And Career

As a successful stand-up comedian, the Washington native has without doubts earned massively from his profession. Moreover, as per Celebrity Net Worth, Jo Koy’s net worth is estimated to be $5 million.

Has Earned Enormously As A Comedian

Jo Koy is an American-Filipino and attended Spanaway Lake High School originally. But he later moved to Foss High School in Tacoma. After finishing high school, Jo attended the University of Nevada, Las Vegas. However, in order to pursue stand-up comedy, he dropped out of the university.

Koy credits his mother behind his successful career as a comedian, his acting, and his comedic talents. In many of his shows, he has mentioned that his mother encouraged him to take part in talent shows at school and to hold impromptu performances for his friends and family.

The 50-year-old comedian started his stand-up career at a comedy club in Las Vegas in 1994. After performing in open mic night for some time, he performed regularly at MGM Grand Hotel and Casino on the show Catch a Rising Star. His debut television appearance was on BET’s stand-up comedy, Comic View.

Since then, Jo has earned significantly from the number of shows that he has performed. He has won several comedy awards and has even performed as part of multiple high-profile programs and tours. According to ZipRecruiter, the average salary of any American stand-up comedian is $34,274 per year.

Hence, Jo must have earned enormously from his career as a stand-up comedian. Furthermore, he also makes significant income from the tours and events that he performs in. In addition, he is also working as a cast and an executive producer on his upcoming movie, Easter Sunday Movie.

Since he has performed in front of thousands of audiences, Jo Koy’s net worth must have benefitted from the tickets sales.

Has Started His Own Podcast

Apart from being a successful stand-up comic who has performed in many high-level shows and programs, Jo also hosts his own podcast. In July 2013, he and TV host Michael Yo started a podcast together and named it The Michael Yo and Jo Koy Show.

Furthermore, after joining the PodcastOne family, Koy began hosting the weekly podcast, The Koy Pond. An average annual salary of a podcast host in the USA is $87,274. Thus, he must have earned significantly from the podcasts that he has hosted.

Moreover, he has also done comedy specials on Comedy Central: Lights Out and Don’t Make Him Angry. These specials were highly rated and became successful. He has also written a book named Mixed Plate. It received good reviews and might have helped him garner a significant amount.

In addition, Koy released his third comedy special, Jo Koy: Live from Seattle, in March 2017 on Netflix. After that, in June 2019, he also released another Netflix special, Jo Koy: Comin’ In Hot. Moreover, Jo Koy: In His Elements, which was released in June 2020, featured Filipino American B-boys, comedians, and DJs.

The successful comedian Jo Koy also earns from his merchandise. Going through his official site, we found a few of his merchandise. The table below shows some of the goods and their respective prices.

So, he must have earned significantly from the merchandise. Furthermore, Koy also has a YouTube channel named Jo Koy. The channel has 923K subscribers. As per Social Blade, he makes $174 to $2.8K monthly and $2.1K to $33.3K yearly earnings from his channel.

Thus, Koy must be earning significantly from his career. Moreover, as he is still actively involved in his profession, one cannot doubt that Jo Koy’s net worth will continue to rise in the coming days.

As mentioned earlier, the talented comic Jo Koy has successfully earned a massive fortune worth $5 million from his stand-up comedy profession. With a multi-million dollar worth of fortune, there’s no harm in saying that he lives a comfortable lifestyle.

Koy lives in Los Angeles, CA, with his son, Joseph Herbert Jr. He is the only son of Jo and his ex-wife, Angie King. In 2013, he had bought his Studio City hilltop home. However, he has not revealed the price of the house at the time he bought it.

With a fortune like that, it is no surprise if Jo Koy has a car collection comprising different models. As seen in one of his Instagram videos, Jo drives Tesla Model X.

Moreover, according to Esquire, he has owned several cars like Volkswagen Rabbit, Honda Prelude, BMW 5, and Porsche Panamera. Jo might have arranged a good insurance policy for his cars.

Therefore, it is clear that the stand-up comic is enjoying a luxurious lifestyle and is living a great life. Nonetheless, we hope that Jo Koy’s wealth increases in the future.