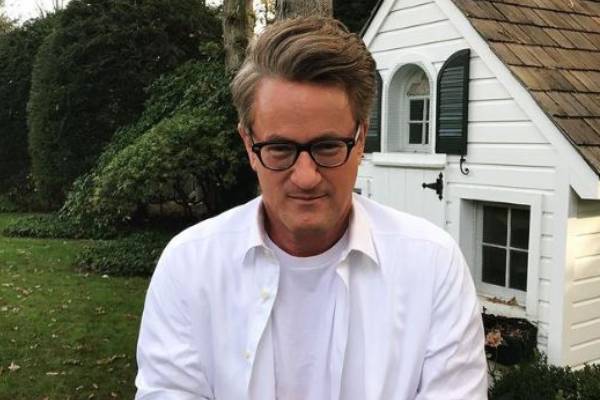 Joe Scarborough, born Charles Joseph Scarborough, is a well-known name in the American television industry. The political commentator and former politician is the co-host of Morning Joe, an American morning news show.

Joe has been involved in three different types of careers in his life. His legal career, political career, and media career have made him enormously famous. But how much has the popular television host has amassed?

Thus, here let’s learn in detail about Joe Scarborough’s net worth and his earning details.

Joe Scarborough Net Worth And Career

As a successful television personality and former politician, the Georgian native has undoubtedly earned enormously from his career. Furthermore, according to Celebrity Net Worth, Joe Scarborough’s net worth is $25 million.

In 1990, Joe earned a Juris Doctor from the University of Florida College of Law. The following year, he was admitted to the Florida Bar, and he practiced law in Pensacola.

Among the several cases that Joe worked on, briefly representing Michael F. Griffin, who killed Dr. David Gunn in 1993, was his most high-profile one. However, Joe removed himself from the case after appearing at the court several times.

An average salary of an attorney or lawyer in the Florida Bar is $98,771. So, Joe must have amassed a significant amount in his legal career.

Joe was re-elected in 1996, 1998, and 2000. During his congressional career, he not only received a 95 percent lifetime rating from the American Conservative Union but also served on the Judiciary, Armed Services, Education, and Government Reform committees.

The group advocated for significant cuts in the US government, including plans to privatize or drastically reduce the Departments of Commerce, Education, Housing, Energy, and Urban Development. Furthermore, he also stood in support of anti-abortion positions, voted to eliminate federal funding to the Corporation for Public Broadcasting and even sponsored a bill to force the US to withdraw from the UN.

However, five months after being re-elected in 2001, Joe resigned from Congress. Then, in July 2017, he announced that he was leaving the Republican party to become an independent politician. Thus, he might have earned a considerable sum from his congressional career.

In 1999, Joe founded the free weekly Pensacola newspaper, The Florida Sun. The newspaper later merged and became Independent News. He initiated his television career in 2003 by launching the opinion and analysis show “Scarborough Country” on MSNBC.

Four years later, in May 2007, Scarborough began hosting Morning Joe. His show featured co-hosts Willie Geist and Mika Brzezinski. According to CheatSheet, he earns $8 million as an annual salary which includes the amount he receives from the show. Well, the show must have benefitted him by increasing his expansive net worth.

Besides these shows, the popular television host has also worked in different other radio shows. From 2008 to 2010, he and Mika co-hosted a two-hour late-morning radio show on New York City’s WABC. Furthermore, he has also authored several books.

Here are some of Joe’s books, along with their prices, as per Amazon.

Apart from the books, Joe has also been involved in the music field. During his time at the law school, he wrote the music and produced CDs with his bandmates of Dixon Mills. The music that they produced even included the album Calling on Robert E. Lee.

Moreover, Joe made a comeback in music in 2017 by releasing his debut EP, the new wave-inspired “Mystified.” His involvement in the musical field might have also increased Joe Scarborough’s net worth.

While his professional career has been a massive hit, Joe’s marital life was not that successful. He has been married thrice and has had two unsuccessful marriages. In 1986, he got married to Melanie Hinton, whom he met at the University of Alabama.

Melanie and Joe have two sons together, Andrew Scarborough and Joey Scarborough. 13 years after being married, the couple separated and divorced in 1999. The former husband and wife might have agreed on some amount of alimonies.

However, 12 years later, in September 2012, Susan and Joe’s marriage ended when he quietly divorced her. According to the divorce papers, he did not pay any type of child support. However, he had to pay his ex-wife $30,000 per month and $25,000 per month for five years and two years, respectively.

Moreover, Joe made a payment of $150K to Susan for their kids’ schooling and the mortgage on their Connecticut home too. These payments might have made a dent on Joe Scarborough’s fortune, but he might have covered the dent with his career earnings.

Joe then got married to his co-hosts of the show, Mika Brzezinski, on November 24, 2018. Just like him, Mika also has kids from her previous marriage with Jim Hoffer. In addition, she is the doting mother of two girls, Carlie Hoffer and Emilie Hoffer.

As mentioned earlier, Joe Scarborough’s net worth is $25 million. All thanks to his multi-million dollars of fortune, he might be living a luxurious lifestyle with his wife, Mika, in Jupiter, Florida. He might also be paying a considerable amount in taxes.

Nevertheless, Joe might be enjoying his life with such a massive fortune. We hope that Joe Scarborough’s wealth increases in the coming days.