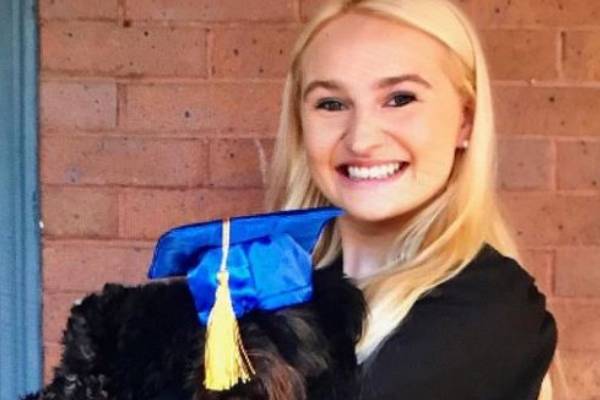 Emilie Hoffer is the daughter of famous American journalist Mika Brzezinski and her ex-husband, Jim Hoffer. Just like Mika, her former husband is also a journalist, and both have gained immense fame because of their work.

Because of the fame that Emilie’s parents have gained, she has also become a celebrity figure. Mika’s fans and followers are curious to know about what her baby girl is doing these days. Thus, today we shall learn in detail about Emilie Hoffer, Mika Brzezinski’s daughter with Jim Hoffer.

Eldest Child Of The Couple

As mentioned earlier, Mika Brzezinski was married to Jim Hoffer. The former pair welcomed two beautiful daughters in their two decades of togetherness. Mika Brzezinski’s baby girl, Emilie Hoffer, is the eldest child of the ex-pair, and they welcomed her in January 1996.

Two years after her birth, Emilie’s younger sister, Carlie Hoffer, was born in June 1998. Emilie has a great bond with her sibling and loves each other.

Jim Hoffer and Mika Brzezinski’s eldest daughter, Emilie Hoffer, has already completed her undergraduate studies. In 2014, she completed high school at the Bronxville School. After that, she got accepted through the early decision at Johns Hopkins University.

Four years later, in May 2018, Emilie graduated from Hopkins with a Bachelor’s degree in political science. According to Georgetown Public Policy Review, she is a class of 2020 MPP candidate at McCourt. There she is pursuing development policy.

In addition, Mika’s baby girl has an aim to work for the United Nations on issues in international development. We hope that she becomes successful in her work in the coming days.

Furthermore, Emilie Hoffer’s sister, Carlie Hoffer, has also completed her undergraduate studies. In June 2020, she graduated from Dartmouth College. She had also attended the Bronxville School. Both the sisters seem to be doing great in their respective lives.

Mika and Jim’s daughter, Emilie Hoffer, worked as an online editor at the Georgetown Public Policy Review from September 2018 to March 2019. On the site, she has written two articles till now namely Partnerships for the greater good: Public-Private partnerships can produce affordable housing for D.C., Modern Migration challenges: U.S. immigration policy fails to balance national security and human rights.

As mentioned earlier, Emilie has an aim to work on issues in international development in United Nations. So, she might find a position in the organization after completing her studies.

Along with her professional success, Mika Brzezinski’s daughter, Emilie has also found happiness in her love life. Going through her Facebook, we can see that Hoffer has uploaded photos with her boyfriend, Graham Klimley. The couple might have been together for a long time.

However, the pair has not revealed when they met and when they began dating. Plus, they have not posted much on their social media since 2017, so it is unclear if they are still dating or have already broken up.

Nevertheless, we hope Emilie is happy with her life.

As mentioned earlier, Emilie Hoffer’s dad and mom are no longer together. The duo that met at the Fox Station in Hartford, Connecticut, tied the knot on October 23, 1993.

However, their marital life lasted for 22 years, and they got divorced. Furthermore, they completed their divorce process in private without any media attention. Following the divorce, Emilie’s mom was rumored to be dating Joe Scarborough, who has children named, Katherine Clark Scarborough and Jack Scarborough with his ex-wife Susan Waren.

He is her co-host in the Morning Joe, and they got married on November 24, 2018. Similarly, Emilie’s dad might have been in a relationship with someone but not much has been revealed about Jim’s romantic life.

Nevertheless, Mika Brzezinski’s daughter, Emilie seems to have a great relationship with her stepfather. She might be doing great in her life. However, her Instagram profile is private. Nonetheless, here’s to hoping she lives a blissful life and succeeds in her career.

The name Emilie has Fren origin, and it means To strive or excel or rival.