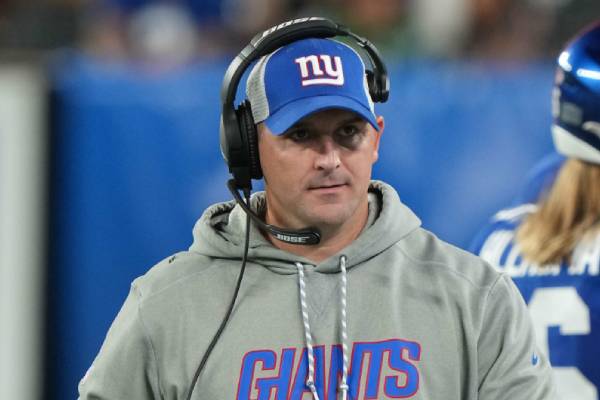 The National Football League is well-known for several things, one of which is its generous paychecks. Every now and then, we hear about professional players becoming millionaires in the blink of an eye. But what about the coaches who work day and night tirelessly to guide their teams to victory?

While NFL coaches are not compensated as much as players, they make a good living from coaching. Joseph Francis Judge is one such coach who has worked hard for decades and garnered fame and fortunes.

So, why don’t we look at this article to find out how much Joe Judge‘s net worth is and how much he makes as an NFL coach?

Joe Judge Net Worth and Earnings

By the looks of it, the NFL coach has not disclosed any information about his net worth or earnings. Nonetheless, he signed a five-year, $5 million contract with the New York Giants in 2020. Judge has also had the opportunity to work with other University and NFL teams. Thus, it is not an exaggeration to assume that Joe Judge’s net worth is in the millions.

Let us now discover about additional contracts Joe has signed throughout his coaching career, as well as his salary as an NFL coach.

Also Read: Discover Daniel Kaluuya’s Net Worth And Learn About His Income As An Actor.

Earnings From His Amateur Career

Like many professionals, Joe began his coaching career by coaching minor college teams. The coach started his career as a graduate assistant for the Mississippi State University Bulldogs. In 2008, he served as a linebackers coach for the Birmingham–Southern Panthers. Subsequently, he served as a special teams assistant at the University of Alabama.

Joe gradually gained acclaim and made his way to the NFL. Still, a collegiate coach in the United States earns roughly $38,043 per year. As a result, it is reasonable to assume that Joe Judge’s fortunes must have improved drastically after working as a coach.

Joe Judge debuted in the NFL as a special teams assistant for the New England Patriots in 2012. With the Patriots, the football coach reached new heights. Under Judge’s guidance, the team even won the Super Bowl XLIX on February 1, 2015.

Following the Super Bowl victory, the Patriots promoted Joe to special teams coordinator. His leadership led the football team to yet another Super Bowl victory on February 5, 2017. The football coach then served as the wide receivers coach after Chad O’Shea left the team in 2019.

Joe worked with New England for many years and experienced both highs and lows with the organization. So, while the specifics of his contract with the team have not been released, it is reasonable to conclude that Joe Judge’s salary has increased by millions since joining the NFL.

Fired By The New York Giants

The New York Giants signed Judge as their head coach on January 8, 2020. The coach received more than $5 million per year under a five-year contract. Unfortunately, Joe’s first stint as a head coach was not a success, and the Giants sacked him only two years into the agreement.

Despite this, the NFL coach has a long way to go, and there is always room for improvement. So, let us hope that Joe Judge’s net worth grows in the future when he signs with other teams.

In his decades-long coaching career, Joe has accumulated a considerable amount of riches adding to his net worth. So it is only expected that such a well-known figure enjoys a wonderful life. At present, Joe Judge enjoys life and is in pretty decent spirits at his house in New Jersey despite the Giants firing him.

The paparazzi even photographed the NFL coach outside his home, where many pizzas and beer had been delivered. According to reports, the feast was intended for a gathering of his assistants and coordinators and their families.

The former Giants coach seems to be loving life at the moment. However, he has had several less-than-pleasant experiences in recent years. For instance, Joe was surprised to see the taxes while looking for a home in 2020.

At one time, the coach and his family looked at residences in Ridgewood, where the taxes were around $60,000. For a successful football coach to be concerned about taxes, Joe Judge’s net worth may not be as huge as one imagines.

Fortunately, Joe has found a wonderful home in Franklin Lakes and lives a comfortable life there. So, let us all send our best regards to the NFL coach and hope that his happiness grows over time.