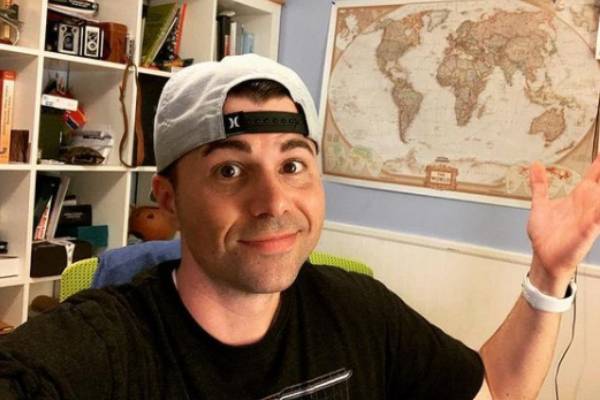 Mark Rober's net worth of $5 million includes his earnings as a NASA engineer and YouTuber. Image Source: Mark Rober's Instagram.

Mark Rober is a popular American YouTuber who has been part of the community since the early 2010s. Rober is best-known for the use of technology and humor in his works and generates millions of views on a single video.

After being in the YouTube space for more than a decade, the talented creator has managed to gain not only fame but also accumulate a massive fortune. So, how much is Mark Rober’s net worth, and what are his income sources? Stick with us till the end to find out.

According to Celebrity Net Worth, Mark Rober’s net worth is estimated to be around $5 million. He amassed such massive fortune from his career as a YouTuber. Moreover, he was also an engineer for NASA and worked for Apple, which must have helped increase his wealth.

Income As An Engineer

Mark Rober has a Bachelor’s and Master’s Degree in mechanical engineering, which he utilized to work at NASA. Soon after gaining his degree, Rober joined NASA and worked in the JPL (NASA’s Jet Propulsion Laboratory). He worked there for nine years, from 2004 to 2013.

Seven of the nine years Mark was at NASA was spent working on the Curiosity rover. The rover is currently on Mars conducting numerous experiments. Rober was also involved in the designing and delivering of hardware on several JPL missions.

As per Glassdoor, a NASA mechanical Engineer earns $80,000 per year on average. They might also receive additional payment and cash bonuses in relation to their work. Having worked for the space company for nine years, Mark Rober’s salary might have been in the similar range, if not more.

Moreover, Rober joined Apple Inc. as a Product Design Engineer in 2015 and spent four years there. As per his LinkedIn, he was part of Apple’s Special Projects Group. He reportedly helped the company build a virtual reality for entertainment in self-driving cars.

As a significant part of these projects, Mark Rober must have earned a considerable sum as his salary. Moreover, as the patents of the products bear his name, the California-native might receive a certain percentage of profit gained after its sales.

Before joining Apple Inc., Mark also spent a year as the vice president of New Product Design at Morph Costumes. Rober must have earned a considerable sum for his work on these companies over the years.

Currently, he is focused on his YouTube career and has yet to join any other corporation. But seeing his growing fame, it seems like Mark does not need to be involved in big companies to earn a fortune.

Aforementioned, Mark Rober is now focused on his YouTube career, which he started in 2011. Rober was still with NASA when he started making viral videos covering various topics. He then posted his first video on YouTube in October 2011 describing his gaping hole in the torso – Halloween Costume.

Since then, he has uploaded around 100 videos, many of which have generated millions of views. Moreover, Mark Rober’s channel has 2.2 billion total video views with 19.2 million subscribers.

The videos he produces range from tech innovation to prank videos.

With his subscriber count and video views increasing day by day, there is no doubt that Rober’s income from YouTube will also grow in the coming days. And with his earnings, Mark Rober’s net worth might also see a significant increase,

Many online creators and music stars have launched their merch lines to promote their works. And as a popular YouTuber, Mark Rober has also released his own merchandise, including clothing products and accessories.

Some of the items on Rober’s store and their respective prices are listed below:

Moreover, Rober is also conducting month-long creative engineering classes on Monthly.com. He has already guided many students in building various items through this course.

Those interested in the creative course have to pay $249 to enroll in the 30 days class. However, many people have already completed the course and have left rave reviews and explained the things that they learned.

Seeing the popularity of the month-long creative engineering course, there is no doubt that Mark Rober’s net worth saw significant growth since its inception.

After almost a decade of making videos on YouTube, Mark Rober surprised everyone after revealing that he has a son. Moreover, he also talked about how he hesitated to share about his child because he belongs to the autism spectrum.

Mark then announced that he was going to conduct a live stream to generate funds for the organization NEXT for AUTISM. The Color the Spectrum charity live stream had a goal of $1 million, which was already half-covered before the event.

And at the end of the three hours stream, $3.63 million was raised, which went to the organization that helps autistic people.

Well, the former NASA engineer’s charitable cause will undoubtedly help those in need. But he himself is enjoying a comfortable life thanks to his million-dollar fortune. Rober lives in Sunnyvale, California, with his wife, Lisa Rober, and their son.