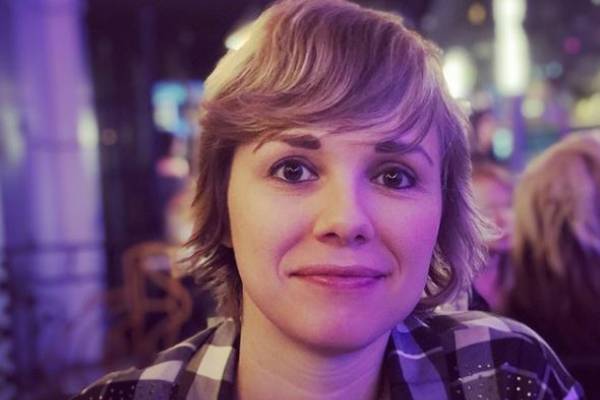 Lisa Rober is best known as the wife of American YouTuber Mark Rober. Apart from being a YouTuber, Mark previously worked for NASA and Apple Inc. Due to her husband’s fame, Lisa has been in the public eye for many years.

Regardless of the fame, the Rober couple has maintained a private lifestyle. Therefore, here we shall talk about Mark Rober’s wife, Lisa Rober, and her whereabouts.

Aforementioned, Lisa Rober is married to YouTuber Mark Rober who has been in the limelight for years. However, Lisa, who was born, Lisa Nicole Earl, prefers to stay away from the spotlight. As a result, the couple has never exclusively talked about their relationship in the media.

Moreover, despite being in front of the camera, for the most part, Lisa Rober’s husband, Mark, is very private about his family. There are no reports of where the pair met and when they started dating.

However, in a video on Mark’s channel from 2012, Lisa can be seen with him. Therefore, it is clear that the Rober couple has been together for more than a decade now. But much about their relationship and marital life is private.

Also, in their decades-long relationship, Mark and his wife Lisa welcomed a son together who completed their family.

Mark Rober’s Wife Is A Mother Of One

As stated above, Mark and Lisa have been married for years and are parents of one. The pair have a son together who belongs to the autism spectrum. Since he is a special needs kid, the Rober couple did not want him to be in front of the public eyes.

However, after years of being private about his kid, the YouTuber felt that the message he had to share was too important. Mark Rober’s wife, Lisa, too felt the same, so the couple decided to talk about their son and his condition.

While Lisa Rober’s husband has been in the YouTube scene since 2011, it wasn’t until 2021 he revealed about having a kid and his autism. Since then, Mark has been openly talking and creating awareness about it.

In addition, Mark Rober’s IMDb states that he and his wife has three children. However, the YouTuber has stated his son as his only child. But he does include his nieces and nephews in his videos which might have led people to believe that they are his and Lisa’s children.

Mark and Lisa are very proud of their son. They have provided an amazing life for their little one and want to see him succeed as he is on the cusp of adulthood.

Let’s hope we get to how Lisa Rober’s son is doing in the coming days.

While he is best known for science and prank videos on YouTube, Mark also has the experience of working with NASA. In addition, he has a Master’s degree in mechanical engineering from the University of Southern California.

Lisa Rober’s partner joined NASA right after he graduated from Brigham Young University in 2004. He worked on NASA’s Curiosity rover and also designed & delivered hardware on other missions. During this time, Rober also created videos but only joined YouTube in 2011.

Nevertheless, Mark continues to make YouTube videos and has amassed a fortune of $5 million. On the other hand, what Mark Rober’s wife Lisa does professionally is shrouded in mystery. Like much of her life, Lisa’s career is also a private topic and hasn’t been revealed yet.

Nonetheless, Mark Rober and Lisa Rober are enjoying their lives in Sunnyvale, California, taking care of their son and advocating for autism awareness. Let’s hope we get to learn more about the Rober family in the future.