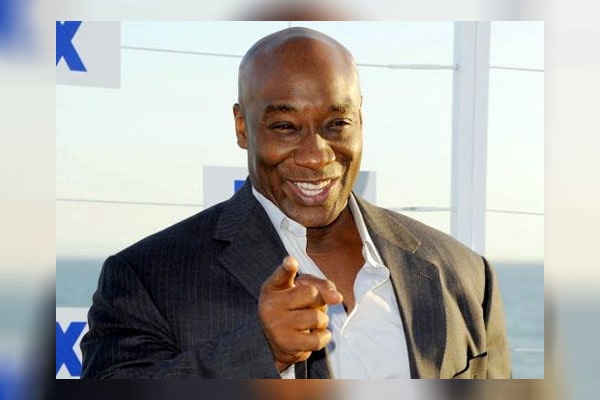 Michael Clarke Duncan made several million dollars from his career as an actor while he was alive. Image Source: Social Media.

Widely famous for his performance in the movie ‘Green Mile,’ actor Michael Clarke Duncan departed this world several years ago. He died at 54 of a heart attack in 2012. Though Michael is no more, he is still remembered by his fans for his enormous size, amazing acting skills, and deep, resonant voice.

Hence, years after Michael’s death people are still showing interest in his personal and professional life, including the total amount of wealth he amassed throughout his life. So, how much was Michael Clarke Duncan’s net worth during the time of his death? Let’s find it out here.

As noted by Celebrity Net Worth, Michael Clarke Duncan’s net worth was estimated to be around $8 million at the moment of his demise. However, another online source, The Richest, reports that he had a fortune of $18 million. Nevertheless, it hints that Duncan earned several million dollars while he was alive.

So, how did Duncan amassed such a hefty sum? Find the answer by staying till the end.

Earnings From His Career As An Actor

The maximum percentage of late Michael Clarke Duncan’s net worth came from his career in the American Entertainment Industry. Before gaining massive fame as an actor, Duncan worked as a bodyguard for numerous celebrities and did bit parts in films and television. They include Martin Lawrence, Will Smith, LL Cool J, Jamie Fox, and The Notorious B.I.G.

Slowly, Duncan started getting more prominent roles in various films, which earned him lots of popularity and a considerable amount of money to support his family and himself. He first came to prominence after playing the role of Bear in the movie Armageddon.

Similarly, other films starred by Duncan along with their worldwide box office collection are as below.

So, Michael Clarke must have got a substantial amount of dollars as his share for his roles in those movies to add to his net worth. Moreover, his appearance on multiple trendy TV series and video games also aided him in giving rise to his riches.

Besides earning from his successful career as an actor, Michael Clarke Duncan reportedly made some money from many other sources as well. He guest-starred in numerous TV shows, including The Suite Life of Zack & Cody and The Late Late Show with Craig Ferguson. Also, Duncan worked for various music artists who included R. Kelly.

Moreover, Duncan also drew some dollars from many other income sources. However, he kept all of them away from the reach of the public and the media people. Nonetheless, those sources also contributed a lot to making Duncan a millionaire.

Duncan’s Real Estate And Other Assets

Michael Clarke Duncan’s net worth in millions helped him live the last years of his life full of luxuries and richness. He earned enough to offer his family a comfortable life with luxurious cars, good food, and expensive mansions.

Reportedly, Duncan bought a home in Woodland Hills, California paying a little over $1 million. However, after his death, his then-fiance, Omarosa Manigault, listed the house a bit under $1.3 million. Ultimately, it was sold in 2014 for $1.15 million.

Moreover, Duncan was also involved in charity works. During his lifetime, he supported various charities, including American Heart Association, American Stroke Association, and Safety Harbor Kids. So, even after his death, people still remember him for his versatile acting in several movies and his humanitarian works.

Who Became The Main Beneficiary Of Duncan’s Estates?

Michael Clarke Duncan left his entire estate to the reality star Omarosa, with whom he got engaged some months before his death. According to TMZ, Duncan made changes in his will in April 2012 and made Omarosa the primary beneficiary of his property.

Duncan’s mom, Jean Duncan, and sister, Judy Duncan, accused Omarosa of somehow convincing the actor to leave everything to her. They also cited that the reality show star sold several of Michael’s personal belongings and fixated on his riches while he wrestled on his life support.

However, some sources claim that Omarosa gave some share of Michael Duncan’s wealth to his mother and sister. But, the exact amount of Duncan’s fortune shared with his family members is still not available to the public.

Nevertheless, Michael Clarke Duncan earned millions of dollars in his lifetime to enjoy a prosperous life in his last days. Though he struggled with impoverishment during his early life, he worked hard in his youth and finally became financially stable.