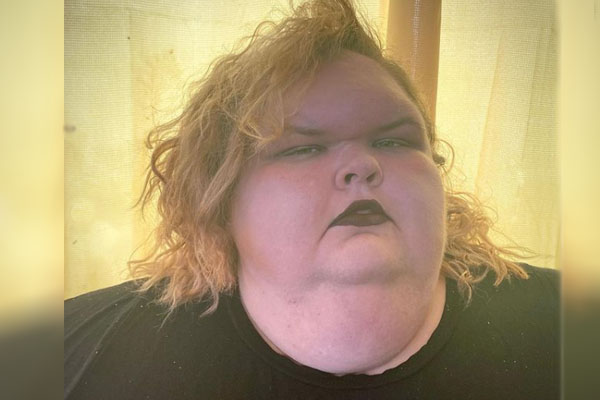 Tammy Slaton, best known for her appearance in the 1000-Lb Sisters, is a successful American entertainer. Besides being popular as one-half of the famous 1000-Lb Sisters duo, Tammy is also popular on TikTok and Instagram. With her increasing fame, people are wondering how much she makes for her living.

So, here, let’s get a closer look at Tammy Slaton’s net worth and how she manages to add several dollars to her net value.

ALSO READ: Mike Dirnt’s Net Worth And Earnings As A Musician

Earnings From The 1000-lb Sisters Show

As known to many, Tammy Slaton is mainly famous for starring on 1000-Lb Sisters that airs on TLC. She and her sister, Amy Slaton, began starring on the TLC show in 2020 to motivate themselves on their weight loss journey.

As noted by Cheat Sheet, Tammy Slaton might have received $6000 to $9000 for the first season’s six episodes. Similarly, she starred in ten episodes of the show in the second season, and reportedly, her paycheque went up.

Hence, it’s speculated that Tammy might have made nearly $75K starring on the 1000-Lb Sisters alongside her sister Amy Slaton and her brother-in-law, Michael Halterman. However, Tammy thinks that TLC does not pay her as much as she deserves, and as a result, she categorizes herself as broke.

But, we hope Tammy Slaton’s salary from TLC might have risen from her show’s third season, which aired on 8 March 2021.

Besides drawing in some dollars from her appearance in the TLC Show, Tammy Slaton earns considerable money from her YouTube channel. Before Slaton got her own reality TV show, she, along with her sister, Amy Slaton, was making YouTube videos for millions of viewers.

Originally, she was featured in her sister’s videos, but in 2018, she made her own YouTube channel.

Income From Other Various Sources

Besides making some money starring on 1000-Lb Sisters and from her YouTube channel, Tammy Slaton also draws in some cash from other sources. She brings in some amount from her Cameo appearances, for which her fans also pay her.

Tammy makes a decent amount of money filming personalized videos for her fans. As mentioned by Tammy Slaton’s former business partner, Quincy, she made $800 on her first day posting custom videos.

In addition, various online sources note that lower-tier reality stars charge $20 – $30 per video while famed stars can charge $100 – $200 per shout-out. So, if Tammy is earning such an amount for a video, then she should not have any budget worries in the future.

Furthermore, some credits to Tammy Slaton’s net worth might have gone to her online merchandise store, which she opened some years back. However, Tammy and her then-partner, Quincy, had to close it due to copyright issues. But we hope she will soon start another merch business to add additional dollars to her rising wealth.

The reality TV star Tammy Slaton’s fortune has given her some comforts and a good life which she lacked while growing up. But still, it seems like she does not have adequate money to pay for the weight loss surgery she is working towards.

Moreover, Tammy Slaton currently lives in Webster County, Kentucky, with her family. While her sister, Amy Slaton, is already planning on getting her own place with her husband, Michael Halterman, and her son, Gage Deon Halterman, she still needs someone to take care of her.

Therefore, Tammy does not have her own home at the moment. But, hopefully, she will lose her weight just like her sister shortly and live in a separate house bought from her own pocket.

So, for now, Tammy Slaton’s net worth seems quite low in comparison to her sister, Amy Slaton’s. But, hopefully, she will have several other sources of income in the upcoming days so that she can add more amount to her net value.

Moreover, the more money she will have, the more Tammy Slaton can pay for her weight loss surgeries in time, have her own car and home, and do insurance of her life and other assets.