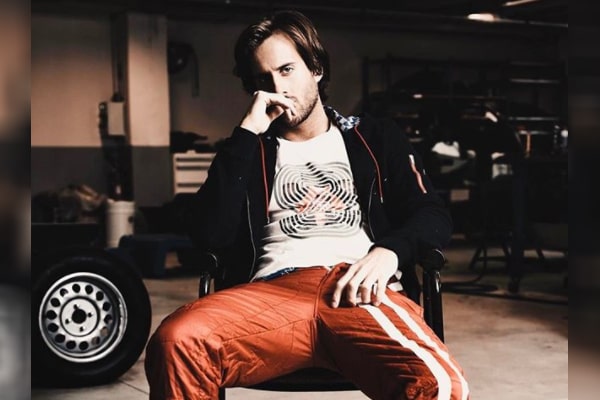 Having an icon in the family boosts ones’ creativity and pushes them to try and alter their career choices. Such is the story of four-time F1 world champion, Alain Prost’s son, Sacha Prost.

Alain Prost retired in 1993 as the most significant driver in F1 history. Furthermore, nicknamed ‘The Professor’ for his intellectual approach to the competition, he further prioritized his family immensely. Married to Anne Marie Prost in the 1980s, the couple welcomed two boys, and that became a turning point for the family man.

Today, we will be talking about the icon’s second son, Sacha Prost, below.

Alain is undoubtedly one of the greatest racers in F1 history. Prost married Anne Marie Prost in 1980 and gave birth to two beautiful sons, Nicolas and Sacha, who are hugely successful today.

Furthermore, Alain Prost welcomed his second child, Sacha Prost on May 30, 1990, with wife, Anne. He was only three when Alain retired, but racing was always a part of his childhood. He grew up with his elder brother, Nicolas Prost. Alain’s kid, Sacha, has always been a bright child. Sacha also has a half-sister from his father’s side, Victoria Prost.

He graduated from the Glion Institute of Higher Education with BBA in 2013 and American University for Washington Mentorship Program. Likewise, Sacha attended Institut Le Rosey to study international baccalaureate.

In the 90s, Alain Prost’s wife, Anne, was seven-month pregnant with Sacha when she suffered a terrible accident. The F1 rider was driving on a small Swiss road with Nicolas and one of his friends when he turned into a railway crossing where the train had just arrived.

Unfortunately, the high-speed train collided with the car pushing it more than thirty meters forward. Thankfully, no one was critically hurt in the frightening accident.

Furthermore, Anne birthed her second child, Sacha, a month and a half later. Today, Sacha grew up to become a successful entrepreneur and co-owns a clothing brand.

The four-time F1 world champion, Alain Prost’s son, Sacha Prost, diverted his career from his father. As Alain was one of the greatest racers of all time, he found an opportunity to make a clothing line for the athletes, hence the 8Js.

Furthermore, Sacha co-founded the clothing brand with his brother, Nicolas Prost, and sister-in-law, Delphine Frey. The motor racing-inspired clothing brand started in 2013 as the siblings were brainstorming as they found out that automobile inspired brands didn’t move them. Hence, 8Js commits to the highest quality standards and prioritizes comfort, ease of movement, and durability.

Interestingly, Alain Prost’s son was at university studying sports, events, and entertainment when they started the brand. As of now, Sach’s brand, 8Js, is an international brand that has capital markets in France, the US, UK, Germany, etc.

Sacha takes great pride in his brand and looks forward to seeing 8Js become a benchmark brand in chic sportswear for men, women, and children. Furthermore, he seems very determined in doing so.

Besides being a successful entrepreneur, Sacha is a married man. He is happily married to his long-time partner, Gaia de Leva-Prost. The couple shared their vows in August 2019 at the Basilica of Pozzano amidst 150 guests.

The wedding location was stunning that offered a panorama overlooking the Gulf of Naples. Sacha Prost’s wedding was beautiful and majestic, and so was the reception party which took place in the Castle located in Via Panoramica.

The couple dated for a few years before getting engaged sometime in 2017. Sacha Prost’s wife, Gaia, is associated with Brightside Group, an event managing group.

Father Of A Son

A child grows up to be a man, and the cycle continues eternally. Likewise, Alain Prost’s son, Sacha, is a doting father of a son he welcomed with his long-time sweetheart Gaia.

The pair welcomed their first son before sharing their vows in 2019 i.e., June 24, 2018. In an Instagram post, Sacha announced his life-changing event, the birth of his son, Liam Prost, and thanked his baby mama for the greatest gift.

Alain Prost is very proud of his son, Sacha’s achievements. Sacha himself is proud of his work and looks forward to succeeding more in life. Let’s hope his dreams come true and outshine Alain’s name.

Sacha is a Greek name that means Defender, protector of humanity.