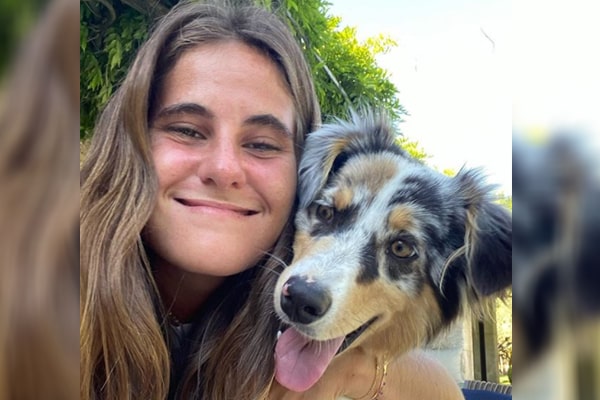 Alain Prost is arguably one of the best racers and strategists in F1’s history. The four-time Formula1 champion held the record for most Grand Prix victories and is considered one of the best F1 drivers.

Prost retired in 1993 as one of the most excellent F1 drivers and continued his other ventures. Despite his fame and name in the racing world, he prioritizes his family much. Alain is a doting father of three; two sons from his marriage and a daughter with former partner, Bernadette Laffite-Cottin.

As of now, we will be talking about Alain Prost’s daughter, Victoria Prost. Let’s go!

Former F1 driver, Alain Prost’s daughter is a beautiful child born from his relationship with Bernadette Cottin. Victoria Prost was born in 1996 to the couple, but their romance short-lived.

Unfortunately, the pair’s romance did not last long and separated shortly after welcoming their daughter. However, they seem to have remained close to raise their daughter and are close to one another. However, Bernadette shared a picture with Alain captioning ‘Capri c est pas fini,’ which Instagram translated to ‘Capri, it’s not over!’ Hence, the caption creates a contradiction to whether or not the couple separated.

Well, whichever the case is, both Alain and Bernadette cherish their daughter with great love and vice versa.

Victoria Prost’s mother shared a few pictures of her childhood, which reflect her happiness. She attended Institut De La Tour and went on to graduate from the American University Of Paris in psychology.

Interestingly, Victoria is involved in an exciting project with director & producer, Julien Leclercq, a thieves series; Earth and Blood. She often posts work photos with Julien and shares some interesting comments.

Besides being an intern, Alain Prost’s daughter, Victoria, is significantly involved in volunteering activities. She has served in several foster homes and retirement homes as an animator. Furthermore, she also taught English for a month in a foster home, and according to her LinkedIn, she mentioned that she left sponsoring a little orphan. Such a sweet woman.

Victoria Prost’s hard work can be seen in the series, Earth and Blood, that started on April 17 on Netflix. Let’s hope to see more of her in the future, making her father proud of her hard work.

Aforementioned, Victoria Prost’s father, Alain Prost, was involved in an extra-marital relationship with Bernadette. Before welcoming her, Alain became the father of two wonderful boys, Nicolas Prost and Sacha Prost with wife, Anne.

However, all three siblings share immense love and spend time more often. Victoria’s oldest sibling, Nicolas, is a racing driver like their father, while her other brother is a successful entrepreneur.

Bernadette’s daughter shares several pictures of both sides of her family on Instagram and seems to have more siblings. Furthermore, she is a social bee and has several friends. The kind soul travels often and appears to be very happy with life.

Besides being a blooming young woman, Alain Prost’s child has already found the love of her life. She has been in a relationship with her boyfriend Victor Palhon since 2016.

Victoria shares her lover with the world and a few PDAs. It looks like Alain Prost’s young kid is looking forward to more beautiful years with her private beau, Victor. Also, is it a coincidence of did Victoria planned to find a Victor?

Anywhoo, their goofy love is adorable. Although Victoria is young, she seems fierce, and similar is her love. Hence, let’s hope to talk about Alain Prost’s daughter’s grand wedding soon.

The name Victoria is of Latin origin, which means victory.