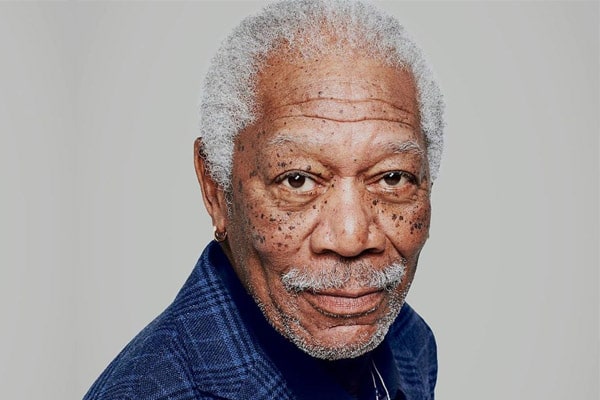 The acclaimed actor Morgan Freeman is one of the most respected and beloved talents in the film and television industry. Morgan’s acting career spans over half a century; however, it took decades of work in the entertainment industry for him to achieve any measure of notoriety.

One of Hollywood’s most treasured actors, Morgan Freeman, is famous for his roles as the weary detective of Se7en, the eloquent convict and narrator of The Shawshank Redemption and many other notorious movies. Also, he was a fixture on children’s television too.

Keeping the professional career of Morgan aside, there are lots to talk about his personal life as well. So, today we are here to get you familiar with some untold facts about one of Morgan Freeman’s children, Saifoulaye Freeman. Keep reading to grab them all.

The legendary father of Saifoulaye, Morgan, married two times in his lifetime. His first wife is Jeanette Adair Bradshaw, whom he married in 1967. But they could not continue their marriage relationship for long. As a result, the former couple filed for divorce, which got finalized in 1979.

After separating from Bradshaw, Morgan did not stay single for long. He wed for the second time with Myrna Colley-Lee in 1984. The two eventually divorced in 2010.

Besides, Morgan Freeman was in an extramarital affair with various women. Among them, Saifoulaye Freeman is born from one of the ex-girlfriends of Morgan, whose name is still a mystery. Morgan, along with his former fling, welcomed Saifoulaye in 1960.

As mentioned earlier, Saifoulaye Freeman’s father dated various women throughout his lifetime but married only two of them who also did not stay with him for long. With them, he became father to four kids, including the second son Saifoulaye.

Saifoulaye’s half-brother, Alfonso, is also the son of Morgan from his relationship outside marriage with Loletha Adkins. Morgan welcomed him on 13 September 1959, a year before the birth of Saifoulaye.

Morgan Freeman adopted Saifoulaye’s half-sister, Deena Freeman, when he was in a marital bond to his first spouse Jeanette Adair Bradshaw during the early 1970s.

The other half-sibling of Saifoulaye, Morgana Freeman, is the daughter of Morgan, whom he had with his estranged wife, Jeanette Adair. She appeared in the TV movie Death of Prophet alongside their dad Morgan, back in 1981.

His Half-Brother, Alfonso Freeman Is Following Their Father’s Footsteps

Saifoulaye’s eldest half-brother, Alfonso, made up his mind to follow in his famed father, Morgan’s footsteps and became an artist too. He is already famous and appeared in various celebrated films, including Nurse Betty, Ten ’til Noon, The Shawshank Redemption, and many more.

Besides, the spitting image of Morgan, Alfonso, gave his voice in the short parody The SharkTank Redemption as Fred Redding. Also, he performed on many TV series, which include The West Wing, ER, Robot Chicken, and JAG.

Rumors About His Father’s Alleged Affair

The niece of Saifoulaye Freeman, E’Dena Hines, was stabbed to death on a Manhattan sidewalk back in 2015. Before her murder, Hines told her boyfriend-turned-killer, Lamar Davenport, that her step-grandfather, Morgan engaged in sexually inappropriate bonding with her.

Gossips about Saifoulaye’s dad, Morgan’s unproven affair with Hines, were in the media since 2009. Later, various sources claimed that their relationship was serious. Even, there was news that the two were planning on taking the wedding vows. However, after Hines’ demise, Morgan said that all the rumors about the two’s pending marriage and romantic affair were just slanderous creations of the press to sell papers.

As Hines was the child of his adopted daughter, Deena, the two were not related by blood. However, Morgan knew Hines since her childhood and was a part of her life for many years.

Prefers A Life Away From The Spotlight

The acclaimed actor, Morgan Freeman’s son, Saifoulaye Freeman, seems to prefer a life far from the reach of the media people. Like his half-siblings and father, he might want to keep his private life untouched from the curious hands of media channels.

Saifoulaye does not have any social media accounts registered in his name. Moreover, his parents and siblings also do not share photos or any information about him. Hence, it is quite tough to dig into the inner life of Morgan’s son, Saifoulaye Freeman. We hope his father will disclose some interesting facts about him in public in the coming days. Or. probably Saifoulaye might come in the spotlight on his own. Who Knows.

Saifoulaye is an Arabic origin boy name. It’s meaning is the sword of truth.