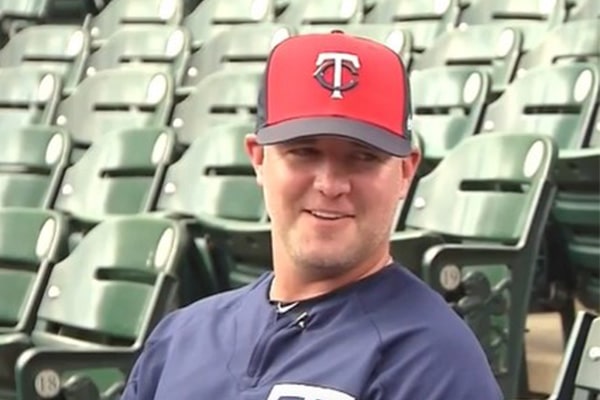 Ron Gardenhire is a well-known former baseball player, manager, and coach. In addition, he has gained lots of fans throughout his baseball career. Hence, looking at his immense popularity, it is not surprising that Ron’s fans are always interested to know about his whereabouts.

Moreover, being the kids of a famous personality, Gardenhire’s children often come into the limelight. However, unlike his other children, Ron Gardenhire’s son, Toby Gardenhire, is quite popular among MLB fans.

Hence, let us find out some interesting facts about Toby Gardenhire.

Toby Gardenhire Is The Eldest Son Of Ron Gardenhire

Toby Gardenhire is the firstborn of Ron Gardenhire and his wife, Carol Kissling. He was born on September 8, 1982. Toby has two beautiful sisters, Tara Gardenhire and Tiffany Gardenhire. Tara is eight years, whereas Tiffany is three years younger than Toby.

Being the son of such a renowned MLB player, Toby has appeared in the spotlight since his childhood. In addition, Ron managed to amass a fortune due to his successful baseball career. Hence, one can assume that Ron Gardenhire‘s son must have had a wonderful childhood.

Following in the footsteps of his father, Toby started his career as a baseball player. In addition, Ron Gardenhire’s firstborn used to play in the minor leagues from 2006 to 2011 as an infielder. He was first drafted by Minnesota Twins in the 2002 amateur draft but opted to attend college.

Then, Toby was selected by the Twins in the 41st round of the 2005 amateur draft. In addition, he made his pro debut that summer with the Elizabethton Twins. In 2006, he was with the Beloit Snappers and with the Fort Myers Miracle in 2007.

Moreover, he joined Fort Myers again the following summer and was promoted to the AA New Britain Rock Cats in April. In 2011, Toby played his last season as a team member of Triple-A Rochester Red Wings. In 2012, Toby decided to end his career as a baseball player.

Aforementioned, Gardenhire chose to end his professional baseball career in 2012. The same year Toby got married to his long-time girlfriend, Lindsay Wlaschin. The pair had reportedly known each other since their college days.

Sadly, Toby got divorced from his ex-wife after several years of marriage. However, neither Gardenhire nor Wlaschin revealed the reason behind their divorce.

Is Happily Married To His Second Wife

Although Toby’s first marriage did not last long, he got lucky as he found love again. While it is unclear when and where the pair first met, on December 2, 2020, Ron Gardenhire’s son got married to his girlfriend, Sara Hanson. The lovely couple is currently residing in Fort Myers.

Toby and Sara have recently got married, and the lovely duo seems to be deeply in love with each other.

And even though the former player has gained fame in MLB, just like his father, he has tried to keep his personal life secretive as much as possible. So, not much has been revealed about Toby Gardenhire’s wife, Sara.

Ron Gardenhire’s Son Is Working As A Manager

After retirement, Toby pursued a career as a baseball coach by becoming the head coach at the University of Wisconsin-Stout in 2012. After working at the university for five years, Toby became a third-base coach at Rochester Red Wings in 2017. Similarly, the same year, he became the hitting coach of the Minnesota Twins.

Soon, Gardenhire got an opportunity to become a manager of Cedar Rapids Kernels in 2018. He worked for the Kernels for a year before joining Fort Myers Miracle. Currently, Toby is working as a manager of Rochester Red Wings.

We hope that Ron Gardenhire’s son, Toby Gardenhire, may have a long-lasting successful career as a baseball manager.