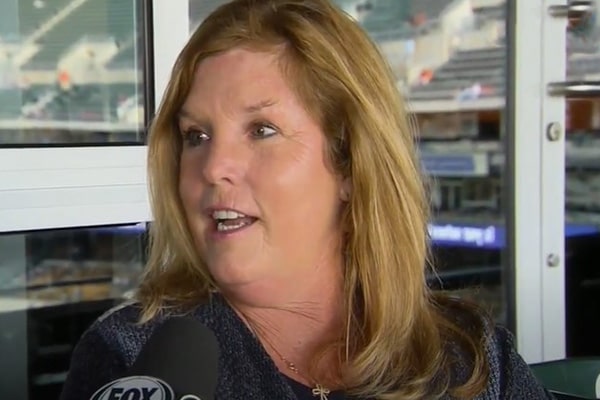 Ron Gardenhire has been happily married to Carol Gardenhire for many years. Image Source: Social media.

Ron Gardenhire is an American former baseball player who played as a shortstop for the New York Mets from 1981 to 1985. Moreover, he has worked as a coach and manager of various baseball teams. Ron has won the hearts of millions of people through his successful career as an MLB player.

Due to his vast popularity, it is no surprise that Ron often comes into the limelight. In addition, people often get curious to know about his whereabouts, including his personal life.

Hence, from this article, let’s know more about Ron Gardenhire’s wife, Carol Kissling, and their children.

Has Been Happily Married To Ron Gardenhire

Although Ron Gardenhire is very well-known in MLB, his wife prefers living away from the spotlights as much as possible. Talking about their first meeting, Ron is said to have met his beautiful wife during their college days.

One thing is for sure that Carol’s honesty regarding her future husband’s not-so-good baseball play was the first time Ron knew she was the one for him. So then, in 1980, Kissling and Gardenhire got married.

Since then, the college sweethearts have been happily married. In addition, Carol has said in an interview that she and her husband love playing golf together. Moreover, Ron Gardenhire’s wife supported him during his battle with prostate cancer.

Even though both Ron and Carol have kept their personal life private, there is no doubt that the adorable couple is deeply in love with each other. Moreover, the lovely pair has received lots of admiration for all of their charity works.

Is A Loving Mother Of Three Children

Along with being Ron Gardenhire’s wife, Carol is also a mother to three beautiful kids. She has one son, Toby Gardenhire, and two daughters, Tara Gardenhire and Tiffany Gardenhire.

Although Carol Gardenhire‘s daughters live a life away from the limelight, Toby often comes in the headlines. This is because he followed in the footsteps of his father and became a baseball player. The Minnesota Twins drafted him in the 38th round of the 2002 MLB.

Furthermore, Toby has attended three universities: The University of Illinois Urbana-Champaign, Missouri State University, and the University of Arkansas – Fort Smith. Besides, he is currently a manager at  Rochester Red Wings.

In addition, Carol’s son is married to Sara Hanson and resides in St Paul, Minnesota.

Furthermore, Ron Gardenhire’s spouse is also a grandmother as her daughter, Tiffany, has given birth to two adorable children. She and her husband, Ron, seem to be very close with their grandkids. Moreover, they often visit the kids and spend some quality time together.

Now that Ron has retired from his career as a baseball manager, he will have more time to spend with his beautiful life partner. We hope that both Ron and Carol have a wonderful life ahead.