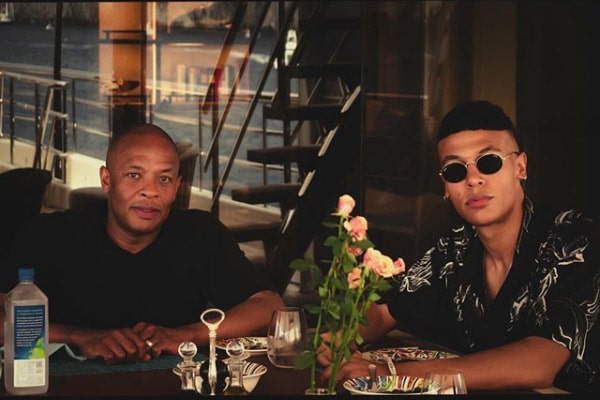 Dr. Dre, born Andre Romelle Young on 18 February 1965, is a famous American rapper, record producer, and audio engineer. Besides, he is also a record executive, an entrepreneur, and an actor too. The founder and CEO of Aftermath Entertainment began his career as a member of the World Class Wreckin’ Cru in 1985. Later, Dr. Drew gained fame with the gangsta rap group NWA, which popularized explicit lyrics to detail street life violence. In the present, Dr. Dre has established himself as one of the most influential people of the American hip hop industry.

Dr. Dre’s personal life is also equally impressive as his professional life. To date, rapper Dr. Dre dated numerous women and had children from some of them. However, he married only one of his baby mamas, Nicole Young, who also separated officially with Dr. Dre in 2020. With Nicole, Dr. Dre has two children. Here, know one of Dr. Dre’s children, son Truice Young and learn some of his unknown facts, including his love life.

Born in 1997, Truice Young is the first-born of Dr. Dre with his estranged wife, Nicole Young. The ex-partners, Dr. Dre and Nicole, named him Truth at the time of his birth. However, the rapper never discussed this in public. So, growing up, Dr. Dre’s son with Nicole gained popularity with the name Truice.

Truice attended a local elementary school in Los Angeles, California. Growing up, he attended the University of South Carolina from which he graduated recently on 16 May 2020. The delighted son of Dr. Dre, Truice, had announced his graduation from USC on his gram.

His Parents Ended Their Marriage In 2020

Truice Young’s parents, Dr. Dre and Nicole Young, took the wedding vows in 1996 after dating for some months. It was the first marriage of Dr. Dre. However, Nicole was previously in a marital relationship with NBA player Sedale Threatt.

After living a contented life for over two decades, various unrevealed marital issues created cracks in the bonding between Truice’s parents. As a result, Truice’s momma, Nicole, filed for divorce on 29 June 2020 at Los Angeles County Superior Court. Nicole mentioned irreconcilable differences as the reason for their separation. Moreover, she also sought spousal support from her multi-millionaire husband. Also, she submitted paperwork asking Truice’s dad to pay her $1.9 million per month in temporary spousal support.

According to Forbes, Truice Young’s father’s net worth was $800 million in 2019. So, the amount Truice’s momma demanded will be like a drop in the ocean to Dr. Dre.

The promising music producer, Truice Young, is the big brother to Nicole Young and Dr. Dre’s daughter together, Truly Young. His parents gave birth to his little sister, Truly, in 2001. Gorgeous Truly is a social media star with 130K followers as of now.

Besides, sister Truly, Truice has four half-siblings from his father’s different love affairs. The eldest among six Dr. Dre’s children is Curtis Young. Dr. Dre welcomed his son, Curtis, with his former girlfriend, Cassandra Joy Greene. Currently, thirty-eight years old, Curtis first met his father, Dr. Dre, only at the age of twenty. He is also a rapper popular with the rap name Hood Surgeon.

Also, Truice had a half-brother, Andre Romelle Young Jr., whom Dr. Dre welcomed with his ex-girlfriend Jenita Porter. Sadly, Andre Jr. passed away in 2009, due to an overdose of heroin and Morphin.

When you are the son of a hip-hop mogul, music is bound to embed in your genes. And the Godfather of the American Hip-Hop Industry, Dr. Dre’s son, Truice Young, is a perfect example of it. With a great passion for music since childhood, Truice is gaining fame as an American Music Producer in the present. As a music producer, Truice has worked for numerous music artists, including the American rapper Mike G. He produced the song Black Mask Methods of Mike G.

The younger Young, Truice’s specialty seems to be house music mixed with a little hip hop shade. He often uploads his tracks via his SoundCloud account. Moreover, he also continually uploads his creations via his Twitter page.

The 23 years old son of Dr. Dre is not single. He is in a committed relationship with his girlfriend, Isabella. The happy pair have been dating each other for a couple of years.

According to the Instagram bio of Truice Young’s girlfriend, Isabella, she is half Ethiopian and half Danish. Isabella is an Instagram model with over 600K followers as of now. She often shares pictures flaunting her body on her gram.

Furthermore, Truice’s long-time girlfriend, Isabella, is also in the music industry like her boyfriend. To date, she has recorded a couple of tracks produced by her beau, Truice. Moreover, she has also been featured in a couple of music videos to date.

The emerging music artist Truce Young’s net worth still needs to be calculated. So the exact fortune accumulated by Dr. Dre’s son is not known yet. However, he might be earning a reasonable sum of dollars from his career as a music producer. It’s speculated that his rising fame in the entertainment industry will soon include him in the list of millionaires.

Nevertheless, Truice seems to be living a lavish life. As his father, Dr. Dre, has assets worth multi-million dollars, maybe he could own some in the future. Nevertheless, rapper Dr. Dre’s net worth as of 2019 was $800 million, which he amassed from his career as a rapper and his headphone line ‘Beats By Dr. Dre.’ Let’s see if Truice will also be able to amass such sum like his father or not.

Once the little boy of Dr. Dre is now a grown man and is an Internet celebrity. He is active in social media handles such as Instagram, Facebook, and Twitter.

As per the record of September 2020, Truice Young’s Instagram profile has 17K followers. Likewise, his Twitter fans count to nearly 1K. Similarly, quite secretive-natured Truice also has a Facebook profile on his name. However, he has not shared any posts for the public view on his Facebook to date.