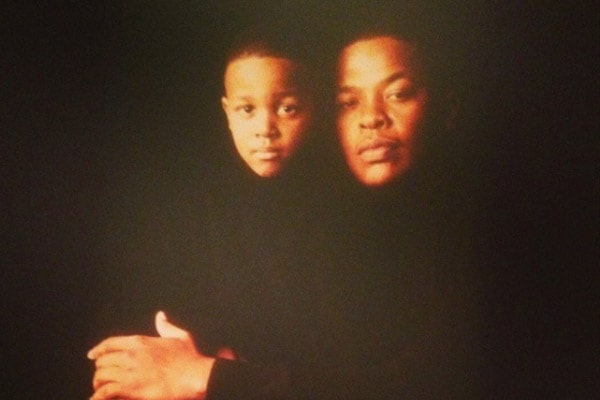 Andre Romelle Young, professionally known with the rap name Dr. Dre is an American hip-hop producer, rapper, and entrepreneur. Besides releasing numerous hit albums, Dr. Dre also helped popularize the gangsta rap subgenre. A rising career as a rapper and music producer has won Dr. Dre’s various awards, nominations, and titles. As a producer, he worked with several renowned artists such as Snoop Dogg and Eminem. In fact, Dr. Dre won the Grammy for producer of the year in 2000 due to his work on Eminem’s Grammy-winning album The Marshall Mathers LP.

Talking about the personal life of rapper Dr. Dre, he dated several women during his lifetime and had children in union with some of them. Among the numerous former partners of Dr. Dre, singer Michel’le Denise Toussant is one of the baby mamas of Dr. Dre. The godfather of the American hip-hop industry, Dr. Dre, has a son named Marcel Young with Michel’le. Here, know some facts you need to learn about Dr. Dre’s son, Marcel.

Born From The Union Of Michel’le And Dr. Dre.

Dr. Dre welcomed his son with then-girlfriend Michel’le, Marcel Young, on 6 February 1991, in Los Angeles, California. Michel’le’s son Marcel grew up as an average child playing with the children of his locality and going to school with them. Dr. Dre never let his stardom affect the life of his beloved son.

Michel’le’s son Marcel Young is twenty-nine years old in 2020. So, probably he might have already graduated from one of the universities to date. Moreover, it seems like he is engaged in some professions silently far from the media reach.

Relationship Of His Parents

Marcel’s Young’s parents, Michel’le and Dr. Dre, met at Ruthless Records in the late 1980s. The two worked so closely in a professional manner; their bonding soon became intimate. According to some sources, Marcel’s mom and dad were in a romantic relationship for six years.

During the six years of living together, Dr. Dre and Michel’le became parents and got engaged. However, the former couple never tied the marital knot. Michel’le revealed in an interview with The Huffington Post that Dr. Dre physically violated her several times. According to Michel’le, the acclaimed rapper, Dr. Dre, cracked her ribs, broke her nose, and blackened her eyes.

First-born of the R&B singer, Michel’le, Marcel Young is the fourth child of Dr. Dre. Besides, Marcel, Dr. Dre, has three more sons and three daughters. Similarly, Marcel’s mom, Michel’le, is also a mother to another child, a daughter from her marriage with Suge Knight.

Marcel Young’s half-sister from his mother’s union with Suge, Bailei Knight, was born on 28 November 2002. She arrived three years after the marriage of her parents, Michel’le and Suge. In an interview, Michel’le explains that Marcel has a great bonding with his younger sister.

Marcel has a great bonding with his all half-siblings. Though the Young siblings rarely appear together in public, they might be sharing great siblings’ love.

Like some of his half-siblings, Marcel Young seems not to be available in the social media handles. There are no social networking accounts registered on his name. He might not like being exposed to the public or is probably handling them in other characters.

Marcel’s parents, Michel’le and Dr. Dre, often appears in the bright limelight. However, they have kept their little boy out of the spotlight. With music genes running in his blood, Dr. Dre’s son, Marcel, also could be honing his music talent staying far from the media reach. Who knows? The younger Dr. Dre might soon be available in public with his best creation, which could lead him to stardom like his parents. We just need some patience and wait for the result.

The name Marcel originated from the Ancient Roman male given name Marcellus. It’s meaning is belonging to Mars.