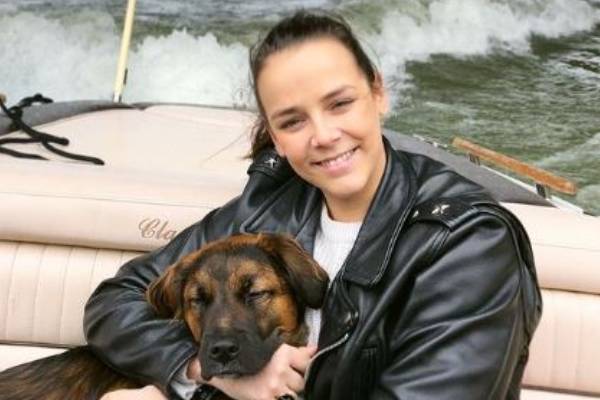 Pauline Ducruet has gained immense fame as the only daughter of Princess Stephanie and her former husband, Daniel Ducruet. Not only that, but she is also famous for her involvement in the fashion industry.

Well, because of the fame, Pauline’s personal life has been a topic of interest to many people. Thus, here are some interesting facts about Princess Stephanie’s daughter, Pauline Ducruet.

As stated earlier, Pauline Ducruet is the only daughter of Princess Stephanie and her ex-husband, Daniel Ducruet. The former couple began dating in 1992 and were together for four years. In their four years of togetherness, the ex-pair welcomed two kids, a son, and a daughter.

A year after her birth, on July 1, 1995, Pauline Ducruet’s parents tied the knot with each other. As a result, she and her brother are in the line to the throne of Monaco.

Sadly, her parents’ marriage could not last long, and they got divorced on October 4, 1996. They were divorced after the tabloid press published photos of Pauline’s father in a compromising position with Belgium model Muriel Houteman.

Even after they drifted apart, Pauline’s parents maintained a good relationship and took care of them.

Talking about her professional life, Stephanie’s daughter, Pauline, is a fashion designer. She studied Styling at the Instituto Marangoni for three years, from 2012 to 2015. It is a renowned fashion and design school in Paris,

After that, Pauline continued her studies at the Parsons School of Design in New York. She studied there for two years, from 2015 to 2017, and received her Associate’s Degree. Since the completion of her studies, she has been working in the Fashion Industry for several brands.

Created Her Own Clothing Line

Moreover, Pauline also did an internship as an Assistant Fashion Department at VOGUE Condé Nast Americas for five months, from March 2015 to July 2015. After working for different brands, in 2018, she founded her own label, Alter Design. However, many sites also suggest that she founded the brand in 2019.

In an interview with Business Insider, Pauline mentioned that she loves unisex clothing, and with that in her mind, her brand is also gender-neutral. On June 18, 2019, she presented her first collection of the brand at La Cartonnerie in Paris.

Pauline seems to be doing great in her work, and we hope that she achieves significant success.

She Moved Her Fashion Line To France

Stephanie’s daughter with Daniel Ducruet, Pauline, is usually based in New York. However, in February 2019, just a few weeks before the EU shut its border due to the COVID-19 pandemic, she returned to Monaco. After realizing that it might be years before she would successfully bring her business back to the USA, Pauline decided to move the whole production of the fashion line to France.

Stephanie’s daughter, Pauline Ducruet, is in a blissful relationship with Maxime Giaccardi.

Pauline Ducruet’s boyfriend is a real estate entrepreneur. The lovely duo has known each other for several years and were great friends before starting their relationship. The couple seems to be enjoying their time together and is often spotted together at several events.

The duo is yet to tie the knot, but we hope to hear some good news real soon.

Has Half Siblings From Her Dad’s Side

Apart from her one brother, Louise, Pauline also has other half-siblings from her dad and mom’s side. Before Pauline’s dad was married to her mom, he was married to Sandra Naccache, with whom he got divorced in the mid-1980s.

Then, Daniel dated Martine Malbouvier, with whom he shares a son, Michaël Ducruet, who was born in February 1992. However, he had left her and had made his relationship with Princess Stephanie public when she was six months pregnant with Michaël.

After his marriage with Stephanie ended, Pauline Ducruet’s dad, Daniel, began his relationship with Kelly Marie Carla Lancien. They dated for almost a decade and tied the knot on June 9. 2018, in Monaco. The couple has a daughter, Linoué Ducruet, together.

Pauline seems to have a great relationship with both her half-brother and half-sister.

Apart from her half-siblings from her dad’s side, Pauline also has a half-sister from her mom’s side. As stated earlier, her parents got divorced in 1996. Two years after their divorce, Pauline Ducruet’s mom gave birth to her third child, a daughter.

Pauline Ducruet’s half-sister, Camille Gottlieb, was born on July 15, 1998, to her mother Stephanie and her step-father, Jean Raymond Gottlieb. As the duo was not married, Camille is not included in the line to the throne of Monaco.

Thus, we can see that Princess Stephanie’s daughter, Pauline Ducruet, is be doing great in her life. Here’s hoping to learn more about her in the coming days.