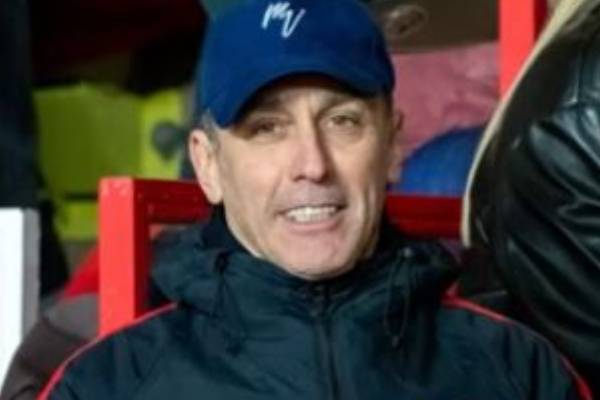 Daniel Ducruet came into prominence as the ex-husband of Princess Stephanie of Monaco. In their years of togetherness, the couple became the doting parents of two kids.

Daniel’s personal life has been a topic of public interest for a long time now. Thus, here we shall know in detail about Princess Stephanie’s ex-husband, Daniel Ducruet, and his whereabouts.

As stated earlier, Daniel Ducruet was married to Princess Stephanie. The duo met when he was assigned to the palace security from 1988 to October 1991. Few months before leaving the post, the couple began living together.

Many online sources suggest that Daniel and Stephanie began dating in 1992. After dating each other for three years, the pair tied the knot at Monaco town hall on the 1st of July, 1995. However, their marriage was short-lived for only a year when the estranged couple divorced on October 4, 1996.

Several sites have reported that the ex-pair divorced after the Italian gossip magazine “evatremila” published lurid photographs of him with Belgium model Muriel Houteman.

Even after their marriage ended, the divorced couple remained close and continued to see each other regularly. In one of the interviews, Stephanie’s ex-husband, Daniel, mentioned that he has remained a family with his former wife and celebrates birthdays together.

In their years of togetherness, Daniel and Stephanie became parents of two kids, a daughter, and a son. Daniel’s then-wife, Stephanie, announced the pregnancy of their first child in 1992. On November 26, 1992, they welcomed their son, Louis Ducruet (born Louis Robert Paul Ducruet).

Two years later, on May 4, 1994, Daniel Ducruet’s then-spouse, Stephanie, gave birth to their daughter, Pauline Ducruet (born Pauline Grace Maguy Ducruet). One year after their daughter’s birth, the couple had tied the knot, due to which both of their children were added in the line of succession.

Even after their divorce, the couple raised their kids with immense love and care.

Has A Son From Previous Relationship

Before tying the knot with her, Stephanie’s ex-husband was married to Sandra Naccache. However, it has not been revealed when they got married. But, their marriage ended in the mid-1980s. After the divorce, Daniel began his relationship with Martine Malbouvier.

Daniel and Martine have a son together, Michaël Ducruet, who was born in February 1992. When Martine was six months pregnant with  Michaël, he went public with his relationship with Stephanie.

Following the divorce, Stephanie and Daniel both moved on in their respective lives. Stephanie’s ex-partner, Daniel, married Kelly Marie Lancien on June 9, 2018, after dating for more than 8 years. The adorable couple tied the knot in an intimate wedding ceremony attended by close ones, including his three grown children.

Furthermore, Daniel has a daughter, Linoué Ducruet, with Kelly. All four of his children seem to have a great relationship with each other and are often spotted hanging out together.

As for Daniel Ducruet’s ex-wife, on July 15, 1988, Stephanie gave birth to her third child, Camille Gottlieb, with her Head of Security, Jean Raymond Gottlieb.

As she was not married to Gottlieb, their daughter is not included in the line of succession.

Two years later, Stephanie began dating Franco Knie, and once their relationship ended, she exchanged vows with Adans Lopez Peres on September 12, 2003. Sadly, her marriage with Adans ended on November 21, 2004.

Got Involved In The Entertainment Industry

Princess Stephanie’s ex-husband, Daniel, began his career as a singer by releasing two albums, Jamais personne and Pourquoi Pas. However, he achieved little success in his musical career. Furthermore, he authored a book about his life with the Grimaldi family.

Daniel might have achieved significant success in his career in the entertainment industry.

Is A Business Man

Stephanie’s ex-partner, Daniel, is also popular as a businessman who has been involved in several types of business ventures. He owns a nightclub in Cannes called le Caliente. Furthermore, he and his son, Louis, co-manage the Monaco-based company called Monadeco.

Daniel might be doing great in his profession. However, he seems to be a private person, enjoying a private life away from the media and the spotlight.

Nonetheless, we can hope to learn more about Daniel Ducruet in the future.