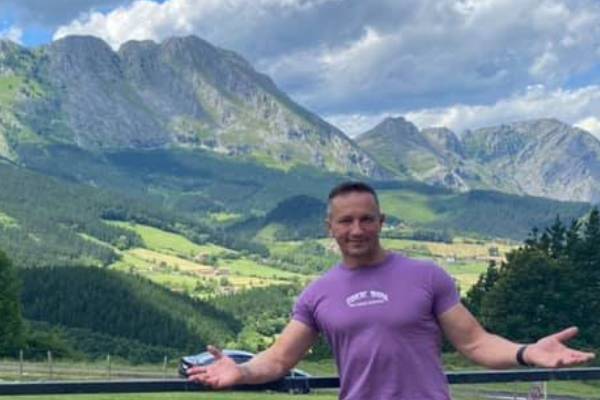 Adans Lopez Peres is well-known as the ex-husband of the Princess Stephanie of Monaco. He was married to her briefly, and because of his then-wife’s fame, he also became popular.

Today, we shall talk about some of the interesting facts about Princess Stephanie’s ex-husband, Adans Lopez Peres, and his whereabouts.

Was Married To Princess Stephanie

The ex-couple got married on the 12th of September, 2003. They had tied the knot in an intimate ceremony in Switzerland, which her children had attended. However, Stephanie’s parents and siblings did not attend the ceremony.

However, their marriage could not even last a year, and the estranged couple got divorced on November 24, 2004. They might have agreed on a significant amount of alimonies. Following the divorce, the divorced couple might have moved on in their respective lives.

Is An Acrobatic Artist

While Adans Peres is known to be Princess Stephanie’s ex-husband, he is also popular as a Portuguese acrobatic artist and a fifth-generation performer. He used to work for Franco Knie’s circus ensemble. Furthermore, he did not even get the night off at his wedding night.

Within a few hours of his wedding with Stephanie, Adans was back at his work. According to CloserMag, he worked a lot as a duo with his brother, Ivan Peres. Furthermore, apart from Franco Knie’s circus ensemble, he has also worked for several other circuses like Circus Conelli, Cirque Dreams, Schuhbecks Teatro, and many others.

As stated earlier, following the divorce, the estranged couple moved on in their respective life. Stephanie’s ex-spouse, Adans, remarried and is now living a great life with his wife and kids. He shares a blissful marital life with the dancer, Helen Irvine-Peres, with whom he tied the knot in 2018.

The adorable pair dated each other for several years before tying the knot. In their several years of togetherness, they have become the doting parents of two daughters. Their first daughter, Bea Peres, was born in January 2014. On December 3, 2019, the couple welcomed their second daughter, Sofia Peres.

Adans and Helen are doing great in their relationship and are raising their kids with immense love and care.

His Ex-Wife Is The Doting Mother Of Three

While Stephanie is Adans’s first wife, he is not her first husband. Before him, Adans Lopez Peres’s wife, Stephanie, was married to her former bodyguard, Daniel Ducruet, for four years. Before him, she dated celebrities like Rob Lowe, Paul Belmondo, Anthony Delon, Jean-Yves Le Fur, and Mario Oliver Jutard.

The former couple met in 1992 and began dating each other. After dating each other for three years, they exchanged vows on July 1, 1995, at Monaco town hall. Before tying the knot, Stephanie and Daniel welcomed two kids, a son, and a daughter.

Adan’s former wife, Stephanie, gave birth to her son, Louis Decruet, with Daniel, on November 26, 1992. They welcomed their second child, daughter Pauline Ducruet, four years later, on May 4, 1994. Thus, Stephanie’s children with Ducruet were included in the line of succession to the Monegasque throne.

Sadly a year later, on October 4, 1996, Stephanie’s marriage with Daniel ended after they divorced. Two years after her divorce from Daniel, Adans’s ex-spouse, Stephanie gave birth to her third child, Camille Gottlieb, on the 15th of July 1988.

The father of her third child is her Head of Security, Jean Raymond Gottlieb. Unlike her other siblings, she is not included in the line of succession as her dad-mom never married.

After her divorce from Adans, Stephanie is living a great life with her kids.