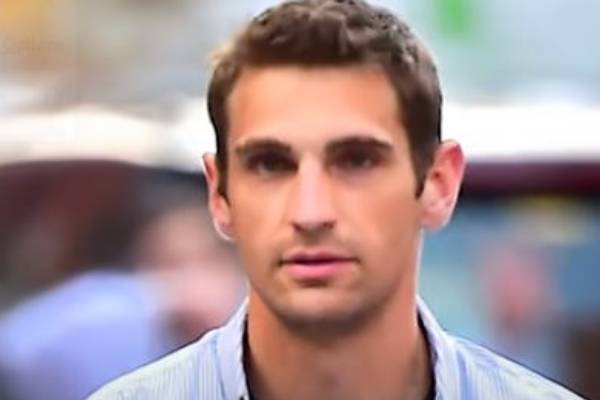 Greg Lenz is known as the bodyguard of the famous American actress Jennifer Lawrence. Because of his dashing looks and physique, he was a topic of interest among Lawrence’s fans.

Jennifer’s fans and followers are curious to learn about the handsome bodyguard with whom she is spotted very often. Thus, we shall talk about some of the interesting facts about Jennifer Lawrence’s bodyguard, Greg Lenz.

He Is A Married Man

Jennifer Lawrence‘s bodyguard, Greg Lenz, is a married man. He has been married to his long-time girlfriend, Allana Lenz for almost ten years. The two met in 2006 at the University of Colorado. At that time, Allana was a sorority sister at Gamma Phi Beta of the college, and he used to cook meals on the weekends for the group.

They began their relationship soon and in 2008, the lovely couple of Greg and Allana graduated from the university. After dating for six years, Greg proposed to his then-girlfriend, Allana, in 2012 on a Colorado mountaintop.

Furthermore, the adorable pair tied the knot on the 12th of July, 2013. Their marriage is going strong, and both of them are deeply in love with each other.

While most bodyguards have experience working as an army or cop, Jennifer Lawrence’s bodyguard, Greg, had quite a different career path. As stated above, he attended the University of Colorado, where he met his future wife, Allana.

Greg studied architecture for four years and graduated in 2008. However, according to his LinkedIn profile, he never pursued a career in the architecture field. Furthermore, he had also worked at a restaurant between 2008 – 2010.

Worked As A Model

With a good look and incredible physique like that, it is no surprise that Lawrence’s bodyguard has done some modeling stuff. According to New York Post, a scout from Access World Talent apparently discovered Greg at a mall in Denver. He then went on to feature in a couple of shoots in 2008.

Furthermore, the photographer Mark Stout, who captured Lenz for a photoshoot, described him as a real person who did not have a big ego. Moreover, a former colleague from a restaurant Lenz worked at, also described him as “down to earth, funny, and just an all-around good guy.”

He Has Been Guarding The Actress For A While Now

Aforementioned, although he had studied architecture, Jennifer’s bodyguard, Lenz, never pursued a career in the field. Rather, two years after graduating, he moved to LA and began his career in “executive protection”, which is a fancy term for “becoming a bodyguard.”

In November 2010, Greg joined Gavin de Becker & Associates, Inc. He worked as a Security Staff Agent until November 2013. Since 2013, he has been bodyguarding Jennifer, and he likely shares a rotation with two or three other guys.

Furthermore, according to NYPost, in 2015, Lenz earned between $75,000 to $100,000 a year. So, Lawrence’s bodyguard might have earned a considerable sum from his job. However, it is unclear if Greg is still protecting Jennifer or if he has moved on to other clients.

His Wife Is  A Physician Assistant

As stated earlier, Greg met Allana at the University of Colorado. While he had studied architecture there, his wife, Allana Lenz, pursued a Bachelor’s degree in physiology.

As Lawrence’s bodyguard, Greg has also gained immense fame and popularity. His good-looks face and buff physique made him an internet sensation for quite a long time now. However, despite the fame, he seems to be secretive when it comes to his personal life.

Greg Lenz is not active on social media and he does not make much public appearance except while he is bodyguarding the actress. He might be doing great and living his best life.

Here’s hoping we get to learn more about Jennifer Lawrence’s bodyguard, Greg Lenz, in the coming days.