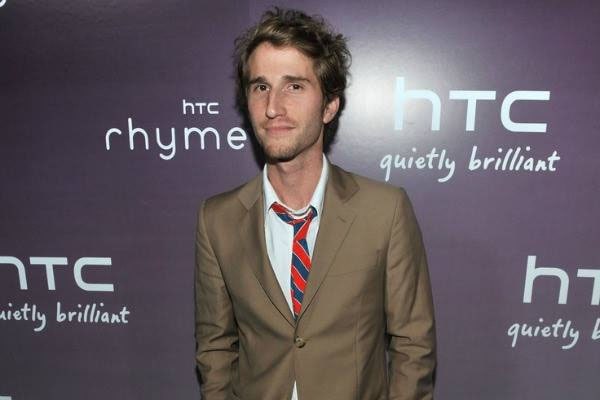 Max Winkler is one of the newest directors and screenwriters of the American Entertainment Industry. His last name makes it clear that he comes from the family of the legendary comedian and director, Henry Winkler. Max is the only son of Henry Winkler with his wife of over four decades, Stacey Weitzman.

Henry Winkler first rose to prominence after playing the character Arthur ‘Fonzie’ Fonzarelli in the sitcom Happy Days. Since then, along with giving continuity to his acting career, he began a career in film directing and producing. And now, Henry Winkler’s son, Max Winkler, has followed in his father’s footsteps and works in showbiz. Here, please get to know some more facts about Max, including his family life and profession.

Max Winkler is the youngest child of the acclaimed actor Henry Winkler and his beloved wife, Stacey Weitzman. The beautiful couple, Henry and Stacey, welcomed their son Max Winkler on 18 August 1983 in Los Angeles, California. Max arrived five years after his parents’ marriage in 1978.

Max Winkler has an elder sister named Zoe Winkler, born three years before him in 1980. Max Winkler’s sister, Zoe, is a preschool teacher based in Santa Monica, California. The brother-sister duo often attends red carpet events with their celebrity dad, Henry Winkler. Besides, Max has a half-brother, Jed Weitzman, from his mother, Stacey’s previous marriage.

Growing up in a family exposed to immense limelight, Henry Winkler’s son, Max, might have a fun-filled and luxurious childhood. He attended one of the top schools in Los Angeles, Crossroads Schools, and has been around celebrities since he was a little boy.

According to the LA Times magazine, Winkler is one of the best friends of actor Jonah Hill whom he met in high school. They used to do the bar mitzvah circuit together and also got into trouble due to their mischiefs. Moreover, Max even played briefly in the Sunday Men’s Basketball League during his college days. Max graduated from the USC School of Cinematic Arts in 2006.

Max Debuted As A Director From The Movie Ceremony

As mentioned above, Henry Winkler’s son, Max, inherited his skills and followed him in the film industry as a producer and director. Influenced by his dad, he knew how to work a camera and direct short videos at a young age. He used to run around his house with a camera in hand, frequently filming home movies. Eventually, Max Winkler honed the directorial skills he put to reasonable use in his feature debut movie Ceremony in 2011.

According to various sources, the Oscar-winning filmmaker Jason Reitman was one of the persons who encouraged Max to direct the Ceremony. Soon after graduating from USC, Max submitted his first screenplay to Reitman. Jason advised the emerging writer to script a more personal story, which Max obeyed. While talking to Sfgate, Henry Winkler’s son, Max recalled that he locked himself in the office and prepared the first draft Ceremony in two weeks. It was a crazy, marathon therapy session for Max.

Besides Ceremony, Max Winkler’s film credits as a director and writer include other films such as Flower, The King of Central Park, and Jungleland.

Did Max Winkler completely follow in his father’s footsteps? Not exactly, but he tried his luck in acting as a preteen. He even made a brief appearance in his dad’s 1993 family comedy Cop and a Half. Max was only ten years old at that time. Yet, he soon discovered that he never really wanted to act and thus stayed focused on the filming job only.

Moreover, Henry Winkler’s son, Max Winkler, also appeared in the fourth season of Arrested Development. In the sitcom, Max played a younger version of his dad’s character, Barry Zuckerkorn, during flashback sequences. After that, Max did not appear in further films and TV series. Currently, his focus is on his career as a director, producer, and writer.

As we discussed earlier, Max Winkler has an elder sister, Zoe Winkler. She married the famous actor Rob Reinis on 27 June 2009. So, Max became the brother-in-law of Reinis. Though Winkler and Reinis rarely show up together in public, they might share a great bonding far from media reach.

Furthermore, Max Winkler is also a proud uncle to Rob Reinis’ sons with his sister, Zoe. His nephews often meet him with their parents during several special occasions and on their vacations.

He Rarely Goes On Public Outings

The talented son of Henry Winkler, Max Winkler, rarely goes on public outings with his parents and friends. Except attending the red carpet events with his parents on rare occasions, Max does not seem to prefer to be a part of the paparazzi. Going through his Facebook page, it seems like he enjoys staying home and spend time with his dogs.

Furthermore, The Things notes that the young director Max Winkler himself said he prefers being behind the camera. He said that behind the camera, he could be more focused and more in control. So it might be the reason why Max Winkler usually stays away from the unnecessary media frenzy and rarely goes on public outings.

The handsome and look-alike son of Henry Winkler, Max Winkler, does not seem to be in a marital relationship at the moment. Moreover, there is not any news of him tied in a marital knot with any woman in the past as well.

Furthermore, there is no rumor heard to date about the 37 years old producer, Max Winkler, being in a romantic relationship or having an affair. So, it leads his fans to assume that he is single now and his works are his main concern and love.

Max Winkler’s Net Worth And Income

Coming to the present, Max Winkler has achieved quite a lot of success in the film industry as a director and producer. His resume is full of TV shows and a couple of notable film credits. So, seeing his progress in the American showbiz, Max Winkler’s net worth can be counted in millions, which he amassed from his hard work and dedication.

While talking about Max’s father, Henry Winkler’s net worth, he has $40 million as of the beginning of 2021. So being an offspring of such a multi-millionaire dad, Max is already a nominee of some shares of his property and assets. However, for now, Max is earning on his own, and we hope he will also amass a similar net worth from his work in the American Entertainment Industry as a director and producer.