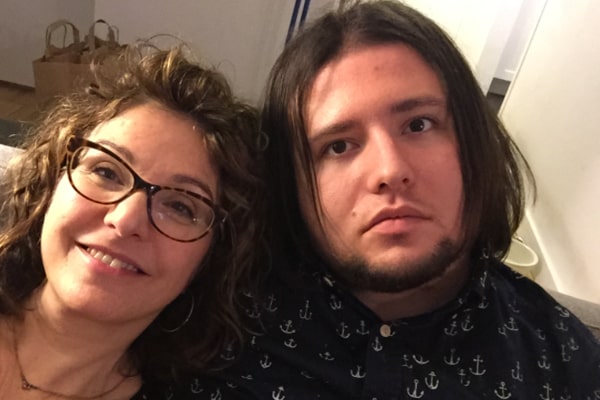 David O. Russell is a prominent name in the entertainment industry who has directed some of the most entertaining and critically acclaimed movies like Three Kinds, American Hustle, etc. He has earned multiple Academy Award nominations for Best Director and received his seventh Golden Globe nomination for the semi-biographical drama Joy.

Besides being a respectful figure in Hollywood, David Russell is also a doting father of two boys. Currently, he is in a relationship with the costume designer, Holly Davis, and the pair are raising their adopted son, Leo Russell, with great care. However, the actor also has a son from his previous marriage to Janet Grillo. We have already talked about Leo, but today, it’s all about David O’Russell’s son, Matthew Antonio Grillo Russell, and his whereabouts.

Aforementioned, David O.Russell is currently enjoying a blissful partnership with Holly Davis. They also adopted a son, Leo Russell, and are making the most out of parenthood. However, this was not a new experience for David as he already welcomed a son, Matthew Antonio Grillo Russell, with his first wife, Janet Grillo.

Grillo and Russell were married for fifteen years from 1992 to 2007 and welcomed their only child, Matthew. Unfortunately, there are no details about Russell’s childhood, but his parents’ profession undoubtedly influenced him. Furthermore, the father-son duo has also appeared on a few award shows and interviews and talked about the movies they’d worked on together.

Moreover, divorces always shift children’s relationship with their parents. Alike was the situation with David O.Russell’s son, Matthew Antonio Grillo Russell, who was still a boy when his parents divorced. Matthew still maintains a private life as his social media accounts are mostly personal. Despite keeping his life confidential, a crucial issue about his mental health arose, i.e., he has bipolar disorder and suffers from OCD.

Aforementioned, Matthew Russell’s parents’ separation massively impacted his life. Although there are no medical proofs for Matthew Russell’s mental situation, he did confess to having bipolar disorder while talking to the Hollywood Reporter.

Bipolar disorder causes an unusual shift in energy, activity levels, concentration, and mood. Although it is unknown when and how David O.Russell’s son, Matthew, was diagnosed with bipolar disorder, aka manic depression, his father has been a big supporter of mental illness treatment. Russell even met with then-Vice President Joe Biden to discuss the bill regarding Mental Health Care in 2013.

During an interview, David O.Russell’s eldest child, Matthew Grillo Russell, further talked about being helpful to several families through the film. Mental illness and its effects are not something to be ashamed of; instead, it needs to be addressed, and those suffering should seek aid from professionals. And having gained proper guidance for years, Matthew Antonio is winning his condition and making his dream to become an actor come true.

Followed His Father’s Footsteps Into Hollywood

As stated earlier, David O.Russell’s baby boy, Matthew Antonio Grillo Russell, has grown up into a fine man with grand ambitions for life. While talking to The Hollywood Reporter, he spoke of his dream to become an actor.

Furthermore, despite coming from a family with a great history in Hollywood, Matthew started from the bottom. According to Russell’s IMDb, he first appeared on I Heart Huckabees in 2004. Moreover, he has credit for Fly Away in 2011.

Similarly, Matthew also worked with his father, David, on the award-winning film Silver Linings Playbook. Besides acting, he also worked on improv in school. Russell’s mother, Janet, often uploads pictures of him working with a camera on her Facebook.

Look at my son, directing a short film he made up (improv) at his school. Chip off the old blockS…double whammy of genetic proclivity! Made me proud.

Janet further mentioned how proud she is of her son, Matthew, and looks forward to watching him work on many projects both behind and in front of the camera. Needless to say, we are also eager to watch David O.Russell’s son, Matthew, in other films in the coming days.

The name Matthew means gift of God and has a Hebrew origin. Similarly, Antonio has an Italian heritage, which means ‘priceless one.’