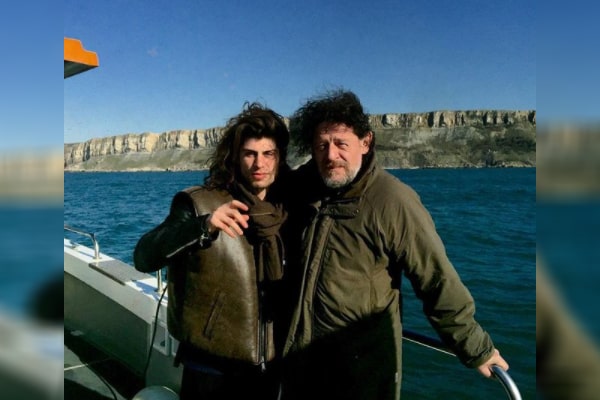 Marco Pierre White is a British chef, tv personality and became the youngest chef to be awarded three Michelin stars at age 33. Besides having an impressive career, he also trained some notable names in the restaurant industry, including Curtis Stone, Shannon Bennett, Mario Batali, and Gordon Ramsay.

Marco is not only a successful restaurateur; he is also a doting father of four kids. He married thrice, which ended bitterly, and hence welcomed four kids with two partners altogether. Here, we will be focusing on Marco Pierre White’s son, Luciano White, born to Marco and his third wife, Matilde Conejero. So, let’s find what Luciano is doing at the moment.

Luciano White Was Born To Marco White And Mati Conejero

Aforementioned, British chef Marco Pierre White’s son, Luciano White, was born to his third wife, Mati Conejero. The couple started their relationship in 1992 when Luciano White’s mother worked as the Canteen bar manager in Chelsea Harbour. They went on to exchange vows at the Belvedere restaurant in Holland Park on 7 April 2000.

However, the doom started when Mati suspected an affair between her husband, Marco, and financier Robin Saunders. Luciano White’s parents were jailed for 14 hours in Notting Hill in January 2005 after a fight. Despite the tumultuous relationship, Marco and Mati welcomed three kids, including Luciano.

Additionally, Marco White’s boy, Luciano, seems very close to his father. He even shared his interest in cooking and followed his footsteps in the restaurant world. The father-son duo seems inseparable and unstoppable in and outside the kitchen.

Luciano White Is A Restaurateur

As stated earlier, Marco Pierre White’s son, Luciano White, followed his father’s footsteps and became a restaurateur. However, it was a long-long road until he made things work for him and had humble beginnings.

Luciano White accompanied his chef dad and accumulated some interesting experiences. He also tagged along at a press conference in Mumbai when he was visually exhausted. Marco’s baby boy must have learned to absorb tremendous pressure and distribute it across the kitchen during his time in Mumbai. Besides spending countless hours in the kitchen, Luciano also worked with Pierre Koffman in London and the Adria brothers in Barcelona.

Like it is said, the apple doesn’t fall far from the tree. The three Michelin stars winner, Marco White’s kid, Luciano, started cooking up his own recipe for a triumphant career as a chef. He announced the opening of his first restaurant Luccio’s, in Dorchester, Dorset, in September 2020.

According to Luccio’s, it is a classic Italian at affordable prices and a friendly ambiance. Furthermore, he honored his Italian grandmother Maria Rosa on the menu. While talking about Luciano, Marco could proudly declare his victory as a restaurateur when he spoke of his non-toxic habits and praised his money-management ability.

As of now, Luciano’s business is blooming beautifully while his relationship status and other information remain private. Even his business Instagram is growing slowly while he barely shares any personal details on his personal Instagram. Thus, let’s hope Marco Pierre White’s son, Luciano White, accumulates massive success as his father and opens more restaurants in the coming days.

The name Luciano means ‘light’ and has Italian origin.