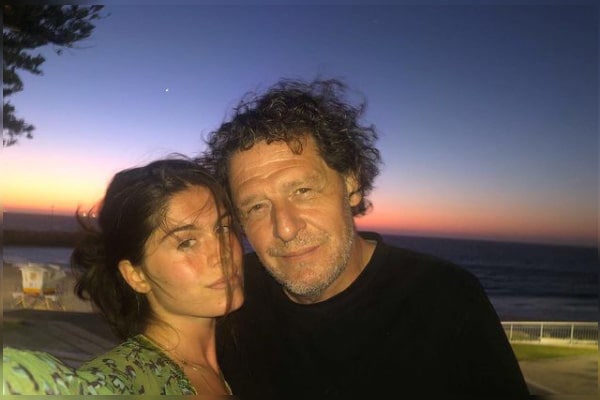 Marco Pierre White is a reputed chef, restaurateur, and television personality who has been dubbed as the first celebrity chef. He became the youngest and the first British chef to be awarded three Michelin stars, which he gave away eventually. Moreover, White also trained Curtis Stone, Gordon Ramsay, and several other world-class chefs.

Besides having a victorious career as a chef and a glorious legacy in the culinary world, Marco is a doting father of four kids. Even with such fame surrounding him, the celebrity chef managed to raise his children away from the limelight. However, many are eager to take a peek into the chef’s life, so today, we will be talking about Marco Pierre White’s daughter, Mirabelle White, who has grown up beautifully.

Born To Marco And His Second Wife Matilde Conejero

Aforementioned, Marco Pierre White is one of the most reputed names in the culinary world. However, his marriage life is not much of a success. He has been married thrice and welcomed four kids altogether. From his second marriage with Matilde Conejero, a bar manager at The Canteen in Chelsea Harbour, White embraced three kids, two sons, and a daughter.

Marco Pierre White’s daughter, Mirabelle White, was born to Marco and Matilde Conejero. Her parents had a pish wedding at the Belvedere restaurant in Holland Park on 7 April 2000. Furthermore, White’s mother, Matilde, suspected an affair between Marco and city financier Robin Saunders which led to a bitter fight. As a result, they had to spend fourteen hours in the Notting Hill police station’s cells in January 2005.

Born in a famous family, Mirabelle had a good upbringing. According to Marco, he learns from his kids and believes that no one can be a perfect parent. Furthermore, he continued that by over-indulging, one creates a sense of entitlement, and by not giving enough, you make kids insecure. Therefore, Marco was involved with his daughter and watched her grow.

People have different interests. Despite coming from a family with a history in the kitchen, Marco White’s daughter is now trying to pursue her career as a dancer. She has been practicing ballet for decades and has made her parents proud by winning several awards.

Furthermore, Mirabelle White also learned ballet at the Royal Ballet School. She also won the 1st Prize in the Year 7-9 category selected by Patrick Cullen. Moreover, they spend time together and bond whenever possible. She also shares flashback pictures on Instagram.

Although Mirabelle White’s parents had a tumultuous relationship, she managed to free her mind via dance. As stated earlier, Marco had to spend 14 hours in jail after they got into a bitter fight. Furthermore, several other incidents, including Mirabelle’s mother’s arrest in charge with assaults of her brothers, Luciano and Marco Jr. might have hampered her as well.

Mirabelle’s parents have separated, but Marco maintains the fact that Mati was and will remain special to him. Furthermore, Mirabelle is loved by both her parents, and especially her father adores her a lot.

Has Two Siblings and A Half-sibling

Mirabelle White is very close to her siblings and half-sibling. She further shares pictures of her family spending time. Moreover, White’s brother, Marco White Jr., is the father of a daughter and has appeared in a few reality television shows. Moreover, Luciano White followed his father’s footsteps and started his own restaurant, Luccio’s.

On the other hand, Marco’s oldest daughter, Letitia, maintains a private life away from the spotlight. All White siblings share bonds and their parents.

Marco Pierre White’s Daughter, Mirabelle White, Is In A Relationship

Mirabelle White’s boyfriend, Bruce Eadle, works in a showroom. The couple has been dating since 2019 and shares their love with the world. Moreover, it looks like Mirabelle’s parents support their relationship, as Marco comments on the pair’s picture.

Although Mirabelle and Bruce are keeping their relationship low-key, they look incredibly enchanting together. Thus, let’s hope to hear more about the couple soon.

The name Mirabelle has a Latin origin, which means The Wondrous Beauty.