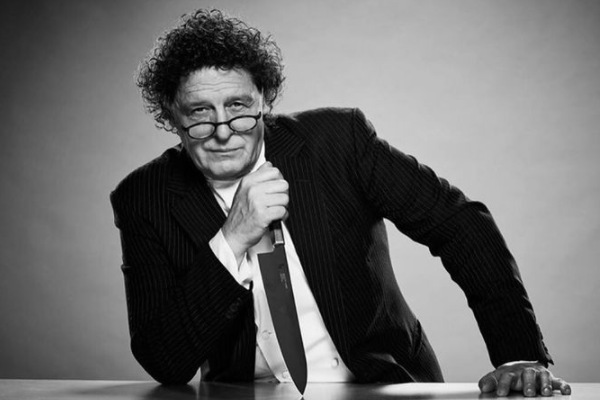 Marco Pierre White is a name that barely needs any introduction. Marco gained celebrity chef status through his years of dedication to quality cooking. He gained major fame at the young age of 32 when he became both the first and the youngest British chef to get three Michelin stars. Marco is also known for training notable chefs like Gordon Ramsay and Curtis Stone.

Marco has been making guest appearances on cooking shows every now and then, and people are getting curious about his personal life, especially his family. He has married thrice in his life and has four children from his relationships. Marco Pierre White’s daughter, Letitia Pierre White, is the oldest among the bunch so, let’s get to know more about her.

Born in 1990 to Marco Pierre and his first wife Alex McArthur, Letitia is the celebrity chef’s eldest child. Marco married his first wife in 1988, and the marriage only lasted for two years until 1990 – the same year Letitia was born. The reason behind the couple’s divorce has not been revealed yet, but it must have been really hard for Letitia to cope with her parents’ divorce as an infant.

Now the 30-year-old is pretty close to her father and has matured enough to live life independently. One thing that is missing is her social media presence. As she is nowhere to be found on it, she is probably using an alias or just does not want to be a part of it.

Marco Pierre White’s daughter Letitia Pierre White was learning tailoring at Mayfair in London. Marco mentioned this in an interview back in 2013, so she must have been a full-fledged tailor by now. He also stated that she reminded him of his mother, who used to make clothes for him. Letitia was very happy and enjoyed her work, and Marco seemed really proud while talking about his eldest daughter.

Although Letitia did not follow her in dad’s footsteps, she definitely made him proud in her own way. As fans, we would definitely love to see Letitia shining as a reputed designer. Let’s hope that happens soon.

Letitia is the only child of Marco and his first wife, Alex, but she has three half-siblings from her father’s third marriage to Matilde Conejero, who worked as the bar manager at The Canteen in Chelsea Harbour. Marco has three children with Conejero, including a daughter Mirabelle White and two sons Marco Pierre White Jr. and Luciano Pierre White.

Even though Letitia is a half-sibling to all of them, she must be pretty close to them given how closely bonded the White family is. The four siblings must spend some quality time together on special occasions and get-togethers. Letitia is the eldest out of all, so she must have played an important role in helping her siblings choose the right path in their life.

Letitia is a name of Latin origin, which means ‘happiness.’