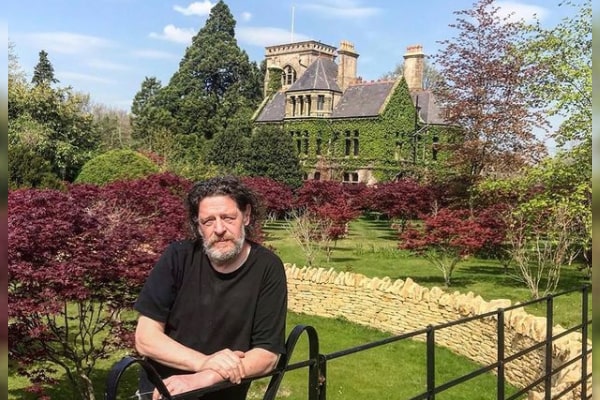 Born to a chef father and Italian mother, Marco Pierre White left school with dreams of being a mogul in the restaurant business. Despite facing many difficulties, Marco became one of the culinary industry’s top names with hard work and dedication. Besides, he also trained some notable chefs, including Gordon Ramsay and Curtis Stone, who are now listed among the world’s top chefs.

Although White’s professional journey is remarkable, the story about his marriage and relationships does not have the same results. He married thrice, but none of his marriage survived. However, his failed marriages had one respite, his four kids. While the British chef and his children are still in the spotlight, his ex-wives are rarely seen in the media. So today, we shall walk through the whereabouts of Marco Pierre White’s ex-wife, Alex McArthur.

Unfortunately, Marco Pierre White’s former spouse, Alex McArthur, is a very private person. She rose to fame after her conjugal with the youngest British chef to win three Michelin stars. However, she has managed to keep her whereabouts low-key.

Although there isn’t much about Marco’s first wife, Alex’s whereabouts, it is reported that she used to work as a secretary. Besides that, she is not available in any form of social media. Or could it be she’s under a different alias? The mother of one has moved on from her failed marriage and must be enjoying a good life.

Now, Marco White, the one who is said to have made Gordon Ramsay cry, claims to be bad with women. Well, let’s look into how Alex McArthur and Marco met and what happened to spoil the perfect relationship.

Aforementioned, Marco Pierre White’s ex-wife, Alex McArthur, is keeping her life very private. But the world-renowned chef has talked about his first marriage and wife on a few occasions. White met his former partner at the fishmongers in 1987, six months after opening Harveys. According to the Telegraph, he met his first wife through employer, Johnny. Alex used to work as a secretary for Johnny.

Alex McArthur’s former beau, Marco, described her as a beautiful doll. The blonde and blue-eyed beauty was only 21 years old when they first met. They bonded as they went to Chinatown in London’s West End after Marco had finished his service at Harvey’s.

Furthermore, Marco confessed that their relationship cemented in less than 20 hours. He additionally appreciated his former partner for tolerating his addiction to work. The former White couple dated for a year before Marco proposed to Alex in 1988.

Marco and Alex had a small marriage in June 1988 in Chelsea Register Office and celebrated their conjugal at Dino’s cafe eating poached eggs on toast. Moreover, Alex McArthur gave birth to a daughter after a year into marriage in 1989. While Alex was busying herself, changing diapers, and watching over her daughter, Marco was engrossed in multiplying his Michelin stars.

Mother Of A Daughter

Aforementioned, Marco Pierre White’s ex-wife, Alex McArthur, is a mother of a daughter with her ex-husband. She gave birth to her first child, Letitia White, in September 1989. Marco was obviously delighted and excited about raising his daughter. However, he confessed to being all over the place emotionally. Thus, he chose work as escapism. As mentioned earlier, while Alex focused on becoming a doting mother, Marco immersed himself in works, which was one of the reasons behind the relationship’s demise.

Even before White and his wife’s relationship ended, Alex McArthur kept herself and her daughter away from the media scrutiny. And today, many years after her divorce, McArthur stays away from social media while Marco White’s daughter, Letitia, keeps her social media confidential. Although there isn’t much about Marco White’s former spouse and daughters’ whereabouts, they must be living comfortable lives away from the spotlight.

If only humans had acknowledged their feelings despite gender roles, many marriages could have been saved. But toxic masculinity and childhood trauma significantly impact an individual’s life if not dealt with wisely. Alike was the reason behind the divorce between Marco Pierre White and his ex-wife, Alex McArthur.

We all know that British chef Marco Arthur’s mother was Italian who died when he was a toddler. Furthermore, he came from a working-class family and was raised predominately by men. Thus, he wasn’t encouraged to speak of his grief and grew up with underdeveloped emotional skills.

Thus, Marco found himself married to a beautiful girl and have a beautiful daughter. He couldn’t handle the situation wisely, couldn’t speak of his goals and feelings openly, and thus, after two years of marriage and a daughter, they got divorced. While talking to the Telegraph, he hinted that not finding the same ground and ‘different goals’ must have been the reason for their separation.

Moreover, Marco opened up that his goal was winning three Michelin stars and that his ambitions came before everything else in life. On the contrary, he was ignorant about his ex-wife’s dreams. Hence, Marco and Alex parted ways in 1990.

Contradicting Marco, his first wife, Alex maintains her privacy and refuses to come out in the media. Thus, let’s hope to hear more of Marco Pierre White’s ex-wife, Alex McArthur, in the future.