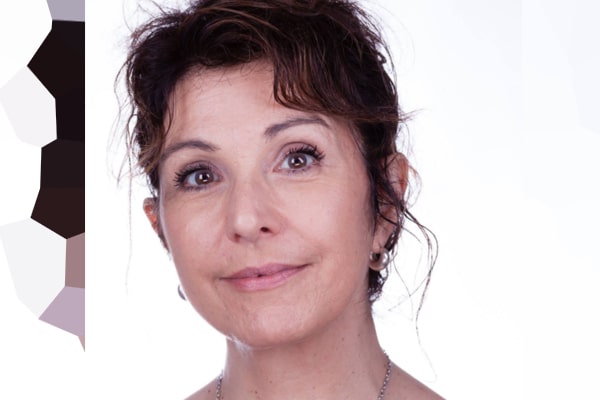 David O. Russell and Janet Grillo were one of the most anticipated couples in the entertainment industry. The power couple were together for over a decade but parted ways shortly after.

We do know much more about the American filmmaker, but significantly less is known about Janet. Therefore, we tried to follow David O Russell’s ex-wife and award-winning producer, Janet Grillo.

Janet Grillo Is A Producer

Aforementioned, David and Janet were a powerful couple who were involved in filmmaking. Unfortunately, their marriage did not last long, but Russell’s ex-wife still managed to make a name for herself in the entertainment industry.

The profusely talented film producer has been involved in the industry for over a decade. Furthermore, the Emmy award-winning film producer Janet Grillo has 10+ movie credits as a producer, four credits as a director, three as a writer, and many more.

Some of Janet Grillo’s notable works are Crazy, Jack of the Red Hearts, Autism: The Musical, Searching for Paradise, Joe the King, Who’s the Man?, House Party 2, etc.

Moreover, Janet Grillo’s work in Autism: The Musical was critically acclaimed and received several positive reviews. It further aided to polish her reputation as a producer. Similarly, the HBO documentary also got her an Emmy as executive producer in 2008.

Likewise, according to Janet Grillo’s LinkedIn, she acted as the Jack of the Red Hearts director in 2014. She also wrote, produced, and directed the feature film, Fly Away which was nominated for Best Feature in SXSW Film Festival.

Besides working as a producer, David O. Russell’s former-wife, Janet Grillo, also works as a full-time Assistant Arts Professor at the NYU Tisch Kanbar Institute of Film and Television.

Furthermore, Janet has been working at NYU Tisch Film Program since August 2012. She further expressed delight and honor to be offered a full-time faculty position at the illustrious Tisch Film and Television program at NYU.

Although Janet rose to fame as David O. Russell’s former spouse, she still managed to make a name for herself through her hard work and dedication. Nevertheless, the pair were together for over a decade and also shared a son. Thus, let’s see what went wrong between the two.

Was Married To David O. Russell For 15 Years

Aforementioned, Janet Grillo is a talented personality with her career at its peak. She has been working as a producer for ages and probably met her ex-husband, David, while on set.

After a few dates and courtship, the former Russell couple exchanged vows in 1992.

However, both David and Janet maintained a very private relationship and barely gave away details about their relationship/ marriage dynamics. Thus, we do not have much to talk about about their marriage.

Despite the pair’s prolonged marriage and a few work together, they divorced after 15 years of marital bliss in 2007. Furthermore, the former couple remained tight-lipped about the reason behind their divorce.

As of now, David O. Russell is enjoying a good relationship with the costume designer, Holly Davis. The couple also adopted a son named Leo Russell.

On the other hand, Janet Grillo prefers to keep her personal life confidential and rarely shares much about her relationship details via social media. Regardless of privacy, she must enjoy a very authentic and private life focusing on her career away from the media’s approach.

As mentioned earlier, David O Russell’s ex-wife, Janet Grillo, is a strong woman with a firm determination to succeed. However, their decade-long marriage came to an end after 15 years of marriage and a son, Matthew Antonio Grillo Russell.

Janet and David O Russell’s son, Matthew, was still a boy when his parents divorced, which greatly affected him. It must have affected his relationship with both his parents, and he probably struggled with the sudden changes bestowed upon him as a kid.

However, Matthew managed to grow up passionate about filmmaking. Yes, Janet Grillo’s son also tried his luck in Hollywood like his father and dreamt of becoming an actor.

Thus, he appeared on I Heart Huckabees in 2004 and later worked in Fly Away in 2011. Besides acting, Matthew also worked on improvs in school, and his mother, Janet, proudly uploaded her son’s picture where he is handling a camera.

Aforementioned, Janet Grillo’s son, Matthew, with her former partner, David O’Russell, was very young when they parted ways. Thus, it must have taken a toll on him, and he was diagnosed with bipolar disorder.

While talking to Hollywood Reporter, Matthew confessed to having the disorder that causes an unusual shift in energy, activity levels, mood, and concentration. Despite the diagnosis, Grillo’s ex-beau has been an extensive support system.

Likewise, the father-son duo also worked on the movie Silver Linings Playbook which incorporates a character struggling to cope with manic depression.

Hence, David related with the character with his own challenges in managing his son’s long-term battle with bipolar disorder.

Janet also supports her son emotionally as she believes he is on the spectrum of autism. Hence, she actively worked hard for the HBO documentary based on Autism and posts about autistic kids every once in a while.

Likewise, one of her most recent Facebook posts applauded every kid struggling with the neurotypical disorder and praised parents who had to learn patience and go through the exhausting process together.

Furthermore, during an interview, Janet revealed that she encountered many challenges raising her son throughout her parenting journey. But most importantly, she recognized the heroic courage of other parents and decided to place her son in a residential treatment facility.

Looking at all of the work she has done over the years, it is safe to say that Janet Grillo is a talented woman with a compassionate heart. Let’s hope she continues to share her works and showcase her generous nature in the upcoming days.