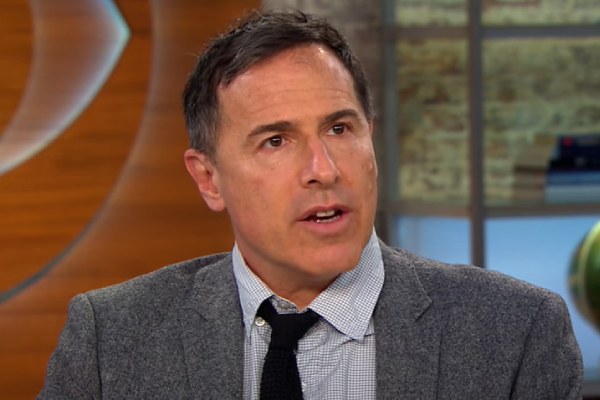 Holly and David have been together for more than a decade. Image Source: Social Media.

David Owen Russell is an American director, screenwriter, and producer who is known for some commercially successful movies over the years like Spanking the Monkey, Flirting with Disaster romantic comedy-drama Silver Linings Playbook, and the crime film American Hustle. David is also known for his partnership with the talented actress Jennifer Lawrence in movies like American Hustle and Joy.

Well, we all know David Russell likes to make his cast as starstudded as possible, and his upcoming movie is no different as it has big names like Christian Bale, Michael B. Jordon, Margot Robbie, and Rami Malek. The only one missing is his beloved Jennifer, but who knows, she may make a surprise appearance. While David is once again making headlines with his new movie, fans are curious to know him personally, so in this article, we will be taking a look at David O. Russell’s partner Holly Davis who is his love and support system behind his success.

David O. Russell’s girlfriend, Holly Davis, is a costume designer. Holly is best known for her work in movies like Watchmen, The Amazing Spider-Man, and Tears of the Sun. She has also been part of other blockbuster movies like Transformers: Dark of the Moon, The Green Hornet, and The Last Airbender. According to Holly’s IMDb page, she has worked in most movies as an assistant costume designer.

Holly has also worked as the main costume designer for movies like Rumpelstiltskin and Leprechaun back in the nineties. Moreover, she also had an acting credit from the movie Campus Man back in 1987. Holly had been working in the entertainment industry for many decades but has not been an active part of it since 2012. She must have been busy with her personal life since then or is engaged in something else. With David’s new movie coming up, who knows, we might see her get back in action.

Holly And David Have Adopted A Child

Holly and David have been together for more than a decade, and the two have adopted a son named Leo Russell. Leo is slowly coming of age and must have turned nine this year. As the family remains pretty secretive about their lives, there is not much known about David O. Russell’s son Leo. We do know for the fact that he used to visit his father during the shooting of American Hustle. Let’s hope we get to know more about Leo in the coming days.

Russell also has a son named Matthew Antonio Grillo Russell from his previous marriage with Janet Grillo. The pair were married for fifteen years before getting divorced in 2007. While it is unclear if David O. Russell’s partner, Holly Davis, and his eldest son share a close bond, there is no doubt that Matthew will be a big inspiration for his little brother.

Are There Any Plans For Marriage?

As we mentioned earlier. David O. Russell’s partner Holly Davis has been in a relationship with him for more than a decade, but they seem to be in no hurry to get married. The couple has found their comfort zone in remaining just the way they are. The pair can be seen together on many occasions ranging from premieres to award shows but maintain a low profile on social media. This is also the reason there is not much info about their personal life.