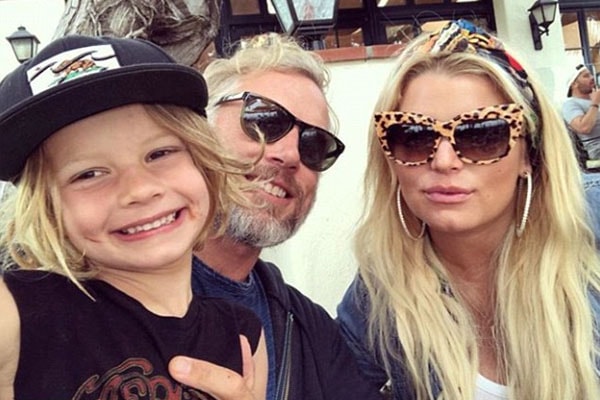 Jessica Simpson‘s son Ace Knute Johnson was born on the 30th of June 2013. The pop singer Jessica had her son Ace with her husband, Eric Johnson. It was not a normal delivery as Jessica had to go through a C-section surgery in order to bring her son Ace into his world.

Everyone was thrilled to welcome Ace into the family. The handsome Ace is not the only child of Jessica Simpson. Ace has an elder sister named Maxwell Drew Johnson. Plus soon, Ace will have a new baby sister as his mother Jessica Simpson is pregnant with a girl.

Ace Knute Johnson Is All About The Name

Many people question about celebrities naming their newly born and so was the case with Jessica. When she named her son Ace Knute Johnson, many had a lot of questions popping on their mind. But little do the people know that Jessica Simpson and her husband Eric Johnson had their reasons after giving their child such a name.

According to Us Weekly, Jessica Simpson’s son, Ace’s middle name Knute (pronounced Ka-nute) honors her husband, Eric’s Swedish paternal grandfather. If you think Ace Knute Johnson sounds different, his aunt, singer Ashlee Simpson has named her children Bronx Mowgli Wentz and Jagger Snow Ross. It doesn’t matter what Jessica Simpson named her son; we have to agree though he surely has inherited the good genes.

As soon as the little Ace Knute was named, he alongside his mother Jessica was bombarded by hateful messages. Internet trolls attacked Ace Knute over his name in which he was branded “ugly and stupid.”

A lot of people even went on to call Jessica an idiot for her choice of name. Not everyone was against the baby name, in response, many campaigners reacted to those negative messages and tweets calling them as “small and nasty” and “coward.’

The name Ace has different meanings. It means one who excels, and as for an English surname, Ace means noble.

As for the name Knute, in the US it is pronounced as “noot.” It is a Norse name which means “knot.”