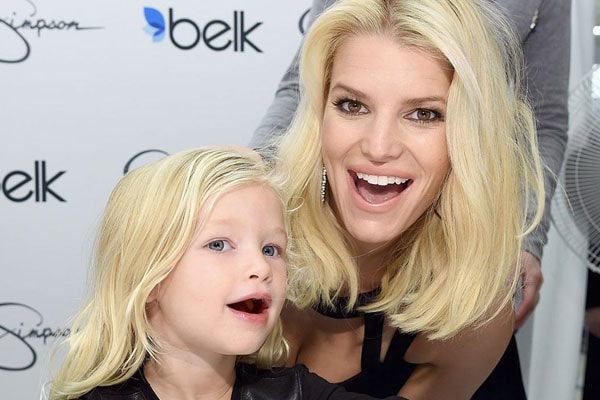 Singer Jessica Simpson along with their daughter Maxwell Drew Johnson

Maxwell Drew Johnson, Jessica Simpson‘s daughter, was born on the 1st of May, 2012. During the time of the birth, the little Maxwell weighed 9 pounds, 13 ounces and was measured 21¾ inches long. The singer Jessica had her daughter Maxwell Drew with her husband, Eric Johnson.

The cute Maxwell is not the only kid of Jessica Simpson. She has a younger brother named Ace Knute Johnson. And as her mother, Jessica Simpson is pregnant again; she will have a new baby sister soon.

The 6-year-old Maxwell Drew looks like a replica of her glamorous mother, Jessica Simpson. Maxwell is a budding fashionista like her mama. Looking at Jessica Simpson’s daughter Maxwell Drew Johnson, she seems like a diva in training. Jessica’s social media handle is filled with photos of her little one. Despite her busy schedule, the gorgeous Jessica tends to spend a lot of time with her children.

We bet that the little Maxwell will grow up to be fabulous like her mom.

Maxwell Drew Has Got A Family Name

So we can say that the name of Jessica’s eldest child was kept after a long thought process. Every parent wants their children to be unique and so does Jessica, so she kind of chose a unique name for her daughter, Maxwell. So is the case with her cousins. Jessica Simpson’s sister Ashlee Simpson has named her children Bronx Mowgli Wentz and Jagger Snow Ross.

The name Maxwell is a Scottish surname. It is derived from ‘Maccus’ which means great and ‘wielle’ which means spring or pool.

As for the name Drew, it is also a Scottish baby name which is derived from Greek Andrew.