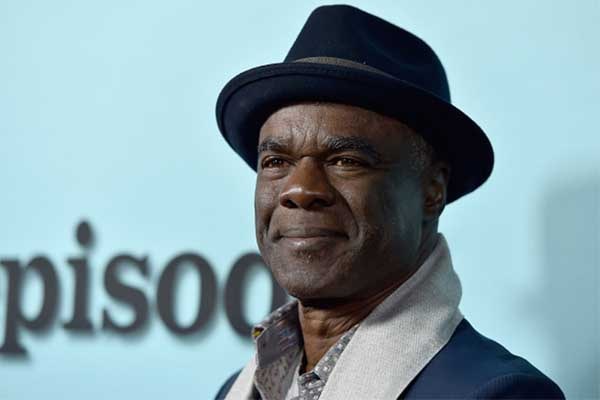 Born on January 31, 1947, Glynn Turman is one of the most celebrated actors in Hollywood. He has been contributing to the entertainment industry for more than five decades. With such an excellent track record, he has been in some controversy, but that has not stopped him in anyways.

Glynn Turman firstly got married to Ula M. Walker in 1965, and the couple has three children together, according to IMDb. Unfortunately, the pair separated but in good terms, and soon, Glynn exchanged his vows with Aretha Franklin, aka The Queen of Soul on April 11, 1978. However, the couple did not share any children during the time when they were together. Whereas now, after separating from Aretha, Glynn is currently enjoying his marital life with his third wife, Jo-Ann Allen, and their lovely daughter.

Stephanie Turman, the daughter of legendary actor Glynn and his first wife Ula M. Walker, is the president of Pittsburgh-based Always Busy Consulting. It works to help companies hire more women and minorities for construction jobs and contracts. But before that, she worked as a principal liaison for the Housing Authority of the City of Pittsburgh.

Local woman STEPHANIE TURMAN whose father GLYNN TURMAN was married to ARETHA FRANKLIN talks about growing up the stepdaughter of THE QUEEN OF SOUL….5 & 6 KDKA TV pic.twitter.com/TC48KM1Usd

Speaking of her education, she graduated in Liberal Arts & Science from Pepperdine University and Community College of Allegheny County. While growing up, she spent a considerable chunk of her time with her step-mother Aretha Franklin, who had spoken about her in one of her concerts. Aretha told the crowd that Stephanie has grown into a beautiful young lady. After the death of The Queen of Soul, Stephanie spoke about her too in an interview. She mentioned how much of a great step-mother she was to her, and she feels fortunate that she was able to live with such an iconic person and call her mother.

Delena Turman is the youngest daughter of Glynn Turman, born to him and his third wife Jo-Ann Allen on October 14, 1987. Like, father Glynn, she is also in the show business. And in fact, she already has plenty of movies credited under her name. She is not only an actress but a producer too. Glynn Turman’s daughter Delena Turman is the associate producer of First Take.

Delena joined the ESPN in March 2014 as lead debate producer. She was also a part of a rotation that produced The College Football Show,

Speaking of her relationship with her parents, Delena shares a solid bond with her parents. She has often been seen spending quality time with her parents. Plus, her mother Jo-Ann never forgets to wish her gorgeous daughter a happy birthday. However, Delena Turman seems to be a person of privacy as she has kept her Instagram private, and possibly doesn’t like other people interfering in her personal matters.

We, as fans, have already seen the actual capacity of the legendary actor Glynn Turman. He always had the ability to connect with his audience and make us genuinely feel whatever pain or grief he was acting out. But he never thought something that happens in a movie might actually happen in his real life. He went through something that no parents should ever face in their life, and we are talking about the tragic death of his eldest son.

Glynn Turman’s son Glynn Turman Jr. was violently murdered in 1986. He was Glynn’s eldest son, and his death sook the roots of his family. Henry Eugene Montgomery stabbed Glynn Jr. in November of 1986. He died at the spot, but Henry was slightly wounded. Later, Henry was arrested and tried in court. Glynn was heartbroken when he heard the news of his son’s passing. A piece of his heart will always remain empty.