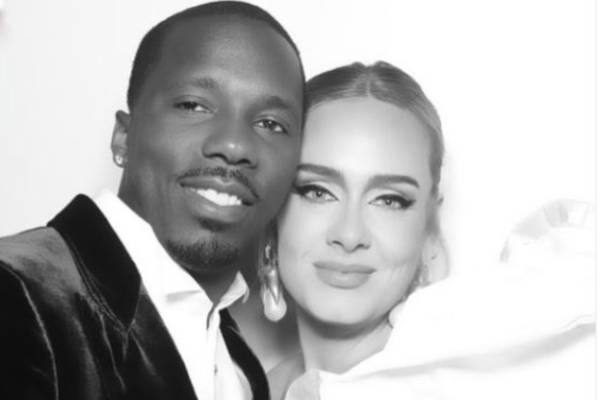 Rich Paul has been in the sports industry for almost two decades as an agent. But recently, he has been in the spotlight due to his whirlwind romance with one of the most popular artists in the world, Adele. As a result, many are interested in getting to know more about the man who stole the Hello singer’s heart.

And one of the most asked questions regarding the sports agent’s life is if he is a father. The answer is yes; just like his girlfriend, Rich also has kids from his previous relationship. So, let’s learn some facts about Rich Paul’s children.

Adele’s New Boyfriend Is A Father Of Three

While he has never been married, Adele’s boyfriend, Rich Paul, is already a dad of three. But due to his private nature, it is unknown if the mother of all of his children is the same. Moreover, who Paul’s baby mama or baby mamas are is also a big mystery.

Despite being in the limelight for years, Rich has rarely talked about his life. Therefore, the identity of his three children was secret for many years.

However, in May 2020, Paul shared a photo of his daughter, Reonna Simone Paul. Apart from Reonna, names and details about Rich Paul’s other kids have not been revealed yet.

As for his current girlfriend, Adele has a son, Angelo James, with her ex-husband Simon Konecki. While Adele too is quite private about her child, she has shared a few tidbits about him over the years.

The talented artist recently revealed that her divorce from Simon was tough for little Angelo to comprehend. She has talked about the struggles she faced as a single mother to juggle parenting and career.

Adele opened up about how not seeing her child every day was difficult for her. Rich Paul’s girlfriend also stated that the process of divorce, parenting, and working on her new album was draining her.

But now Adele and her ex-husband are co-parenting and trying to do the best for their child. And for the British singer, her boyfriend, Rich, who is a father of three, might be a big help.

Rich’s Daughter Is A University Student

Aforementioned, Reonna Paul is the only child of Rich Paul, who has been introduced to the media. She first graced her dad’s Instagram in 2020, when Rich congratulated his little girl for completing her high school studies.

Moreover, going through her Instagram, we can see that Rich Paul’s daughter currently attends Clark Atlanta University, which has one of America’s best HBCU programs. Reonna is set to graduate in 2024, and we hope she finds immense success in her life.

Furthermore, being the daughter of a famous individual, Reonna has been able to enjoy a comfortable lifestyle. On her Instagram profile, she has pictures with rappers like Drake and Lil Baby, which shows the life she enjoys.

Rich Paul and Adele’s budding relationship is definitely the talk of the town. The pair were first seen together during the Phoenix Suns vs. Milwaukee Bucks Game 5 match of the NBA Finals. While Paul is a regular at various sports tournaments, many were surprised to see the British singer courtside.

Since the first sighting, Rich and Adele’s relationship has continued to blossom. And according to various sites, the couple’s children, including Reonna and Angelo, have already met each other. Since the singer has already made her affair with Paul Instagram official, it is no surprise that their young ones are also in contact.

Moreover, Daily Mail reports that Rich Paul’s children and Adele’s son already share a great bond. The sports agent and the English singer-songwriter both reside in LA, so the meeting between their young ones was inevitable. And let’s hope we get to see the blended family together in the coming days.

Aforementioned, having found fame as a sports agent, Adele’s boyfriend has provided a comfortable lifestyle for his kids. However, the founder of Klutch Sports himself had a rough childhood. As per his interview with New Yorker, Rich born Richard Paul wanted to be an athlete from a young age.

Paul’s father was not keen on the idea and said that while Rich’s heart was big, he was small in size. On the other hand, his mother battled drug abuse for much of her life. As a result, he was sent to live with his great-uncle and grandmother.

Adding to his misery, while he was in college, Rich’s dad was diagnosed with intestinal cancer. Sadly, Rich Paul Sr. died a few months later, and Paul dropped out and started his professional journey. Today, he is known for his achievements and as a close companion of LeBron James.

And another title for Rich is Adele’s boyfriend. However, his most cherished title is that of a dad. He has raised three kids but has successfully kept them away from the media attention for years.

However, with him releasing his memoir, Lucky Me, soon, we might get some insight into Rich Paul’s children’s lives. Hopefully, we will get to know more about the three Paul kids in the upcoming days.

The name Reonna reportedly means “Great Queen, Nymph or Goddess.” The middle name Simone has Greek origin and means “he has heard.”