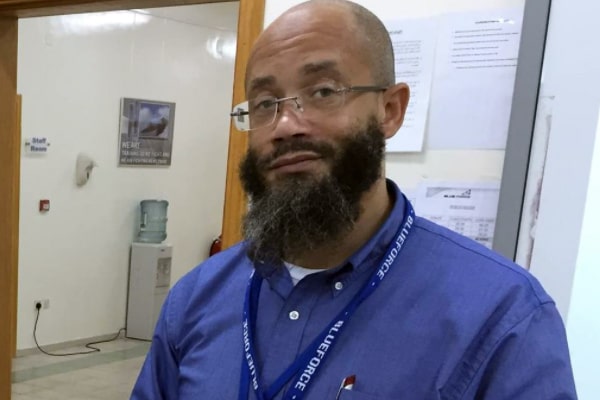 Therefore, here, we shall talk about Kathleen Cleaver’s son, Ahmad Maceo Cleaver. Stick with us to know his involvement in politics and his fascination with Islam.

Kathleen Cleaver welcomed her son, Ahmad Maceo Cleaver, in 1969 in Algeria with her husband, Eldridge Cleaver. The couple embraced parenthood a couple of years after their marriage in 1967.

As  Ahmad’s mother, Kathleen, dropped out of college to work with the Student Nonviolent Coordinating Committee and then Black Panther Party, she greatly valued education. Therefore, despite the financial crisis and self-imposed banishment, his parents did manage to afford to send him and his sister off to a private school.

Furthermore, Ahmad graduated with BA in Africana Studies & Research Department at Cornell University in 1992. Kathleen once stated that her son worked on a research project on the effects of environment and stress on black youths in Atlanta.

Likewise, Maceo’s mother gave birth to his sister, Joju Younghi Cleaver, in North Korea in 1970. The Cleaver siblings shared a strong bond and lived in Atlanta, Georgia, for a fraction of his life.

An Author Of Book: Soul On Islam

Similarly, Ahmad also served as an independent public speaker for nearly two decades and gave lectures about Islam back in 2004. Also, his fascination with Islam made him get a Master’s in Islamic Studies. Cleaver graduated in 2010.

Additionally, Eldridge’s son also studied for CELTA from International League Institue in 2000. He added a diploma (Arabic as a second language) from The Language Institute into the bargain.

Apart from Ahmad’s career as a teacher, he also wrote and published a book, Soul on Islam, in 2006. The book is a map of Cleaver’s life with his activist parents, details about their life in France, America, and Algeria.

Furthermore, Cleaver toured for nearly a decade traveling most parts of the Arabian Peninsula and Africa. He further included scenes of his life that he spent in Sudan and Qatar.

If you are fond of Ahmad & his book, the paperback version of Ahmad Cleaver’s book costs $15 on Amazon.

Although Eldridge Cleaver’s son made significant advances in education and Islam via his book and education, his life was cut short until 49.

Unfortunately, Ahmad Maceo passed away on October 18, 2018, due to a fatal heart attack. He was reportedly looking forward to joining his mother & sister in the United States days before he died.

Following Ahmad Cleaver’s death, a donation page was set up to aid his widows and orphans. The site revealed that he died in the city of Taif on a Friday.

The child whose story began with the Africans who arrived on the American shore is no more. He levitated to be with his father Eldridge, who died at age 62. Although he is not amongst us, Ahmad shall remain immortal through his surviving family members and his amazing works.

The name Ahmad means highly praised or one who constantly thank God and has Arabic origin. Similarly, Maceo has Spanish origin, which means Gift of God.