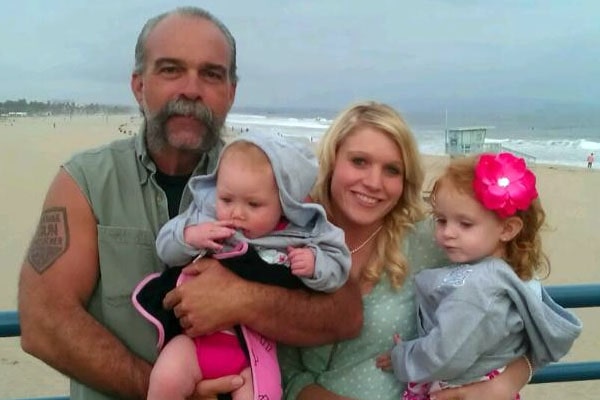 Paige Childers is the daughter of the American humanitarian, author, and philanthropist Sam Childers. The former member of the American motorcycle club, Outlaws, Sam was once a drug dealer and a drug addict. But, now, Paige’s father dedicates his resources and life to rescue children in the war zone of South Sudan.

Also, Paige’s dad, Sam, is the founder of Angeles of East Africa and the Children’s Village Orphanage, located in South Sudan. For his active participation in the upliftment of people in need, Sam received the Mother Teresa Award for Social Justice in 2013.

Known to the world by the name Machine Gun Preacher, Paige’s pa, Sam Childers, is famous worldwide for his philanthropic deeds. With his increasing fame, people are showing interest in his personal life and want to know if his child also inherits his generous nature.

So, here, find out more about Sam Childers’ daughter, Paige Childers. Also, know if she is also involved in benevolent works or not.

Only Daughter Of Sam Childers

Paige Childers is the only daughter of Sam Childers with his wife, Lynn Childers. The movie ‘Machine Gun Preacher,’ a 2011 biographical action drama film about Sam Childers, suggests that Paige was born before her dad’s conversion to Christianity.

However, while talking to Urban Faith‘s reporter Christine A. Scheller, Sam Childers’ daughter, Paige Childers, told that she arrived shortly after her father’s conversion to Christianity. Her parents welcomed her in 1989, after several years of trying and IVF treatment. Only after Paige’s mother became pregnant, her dad, Sam, turned to God and became a preacher.

Moreover, Paige is not the only child whom Sam welcomed into this world. She had a brother who died of a heroin overdose, the same drug that grasped her dad’s life for much of his 20s. However, Paige’s brother was not a drug addict like her father.

While talking about the effects of drugs to Examiner, Paige’s famous dad revealed about her brother’s death. He said that most of the time, kids have someone telling them just to try it one time, and it will not hurt. Sam added that, unlike him, his son was not a heroin addict, but he tried it. Unfortunately, as a result, he died.

Furthermore, Paige seems to stay away from the media. Sam also does not talk much about her during the media interviews. So, most of the details on Paige Childers’s childhood days, educational achievements, and similar pieces of information are not available on the internet.

However, we can say that she grew up in a good environment. It’s because her dad was already sober and engaged in helping the childrens in need when she was born.

Sam Childers’ daughter, Paige Childers, grew up seeing her parents working day and night to help the children and people in need. After seeing their dedication over the years, she also began accompanying them in her father’s church and orphanage in South Sudan. Some years ago, Paige used to work in the children’s ministry. However, she might be involved in lot more works at the moment. Besides that, Paige Childers now runs her own nonprofit organization.

Paige Childers’ father, Sam Childers, is a strict believer in God. He believes that if God were not in what he does, he would not be alive. So, his main priority is his God and Africa, where he first went after converting to Christianity. For Sam, his wife and children are his second concern.

However, it does not mean he abandoned his family. His wife, Lynn Childers, was always okay with him going, but his daughter, Paige, felt like he put the African kids before her. So, for many years, the father-daughter duo had problems.

But, Paige Childers’ mentality about her dad changed with time. And, eventually, she also accepted her dad’s good deeds and started supporting him in rescuing and helping childrens and needy peoples.

Paige Childers was in a marital relationship with a man named Justin Michael Wirick. Like Paige, her ex-husband, Justin, usually famous by the name Michael, is also a secretive person. So, not much is known about him. However, according to various online sources, he also went hand in hand with his then-wife, Paige, and his in-laws in various charitable events when they were together. Besides, Paige Childers’ ex-husband, Justin, also served as his father-in-law’s church’s youth pastor in the past.

Furthermore, Paige Childers is also a mother. She welcomed one of her daughters, Adaline Wirick, on 4 March 2016. The proud grandfather, Sam, announced the arrival of his granddaughter via his social media pages. Along with a snap of him holding his little grandchild, Childers also revealed that she is his third granddaughter and his fourth grandchild. So, Paige might be a mother to four kids as she is the only living child of Sam Childers.

Moreover, some years ago, there was news in the media stating that one of the relatives of Paige Childers stole some amount from a Central city nonprofit organization. The person’s name was also Justin Michael Wirick. But, neither Paige nor her family members confirmed that he was her husband, Justin, at that time. Later, after the FBI raided Sam’s home and ministry headquarters in 2014, Sam mentioned the person as his former son-in-law. So, it makes us clear that the man was Paige’s then-husband, Justin, and it might be why the husband-wife duo separated.

Currently, Paige Childers lives a blissful life with her family, far from the excess media scrutiny. However, we hope to know more about her whereabouts in the days to come.

The gender-neutral name Paige is of Latin origin, which means assistant or helper.