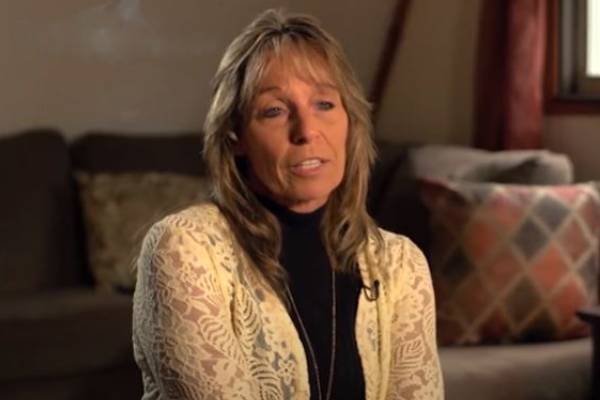 Sam Childers first came into prominence as a member of the motorcycle club, Outlaws. However, he has since left the club and turned to Christianity. Childers is the recipient of the 2013 Mother Teresa Award for social justice. Sam grew up in Grand Rapids, Minnesota, where he was introduced to alcohol, heroin, marijuana, and cigarettes at an early age resulting in years of drug addiction and alcoholism.

Along with his rather interesting life experiences, Sam Childers is also known for his relationships. The former Outlaws member has been married twice, first to a woman named Jaszper and then to Lynn Childers. He is open about his personal struggles, and his wife, Lynn, has been by his side through everything.

Today let’s learn more about Sam Childers’ wife, Lynn Childers, including her life before fame and what she is doing now.

Met Sam Childers While Working As A Stripper

The story about how Sam Childers met his future wife is straight from the movie. Lynn Childers worked as a stripper in the early 1980s, having turned her back to her church. Her life revolved around partying, alcohol and drugs, just like her husband. The pair met during one of Sam’s drug deals at a bar in Orlando, Florida, and used to do drugs together during their early dating days.

However, even after falling in love with the bad boy, Lynn found Jesus again. She started following the teachings of Christ and turned her life around. On the other hand, her partner, Sam, despised her change of heart and fought her to give up her religion. But after a drug deal turned bad, Sam Childers’ wife, Lynn, helped him surrender his life and heart to Jesus.

According to Vanity Fair, Sam promised Lynn to change if God granted them a child. A kid was born, but it is unclear if he is the same son Sam lost to a heroin overdose or his daughter, Paige Childers. Since Lynn’s daughter, Paige, was born in 1989, this must have changed Sam’s mind and led him to change his lifestyle.

Since then, Sam and Lynn have dedicated their life to their beliefs and to society.

After being born-again Christians, Lynn Childers and her husband focused on helping society. Sam made his first trip to Sudan at the end of 1998. There he saw the troubles faced by children due to the acts of various rebel groups. Then, with the thought of changing the lives of these children, Sam, with the help of his wife, established the Angels of East Africa, a Children’s Village for orphans in Southern Sudan.

The pair operated the establishment together for many years with the help of Sudanese staff who are widows and orphans themselves. The Children’s Village reportedly housed over 100 orphans and also rescued thousands of others since its conception. As per her LinkedIn, Lynn worked as a bookkeeper for the organization and lent her hand to other works.

Sam Childers’ spouse, Lynn Childers, worked for the organization till February 2015, having spent more than 27 years working there. On the other hand, Sam is now focused on his other organization, Machine Gun Preacher, which also helps children in Africa.

Found A Church With Her Husband

Since being reborn-again Christian, Sam Childers and his wife have shared wisdom with the community. Then the Childers couple reportedly founded a church of their own in Central City, Pennsylvania. The biker-themed church was led by the pair sharing the things they faced and overcame after finding God. Followers of the church have received preachings from Sam and Lynn about the changes they made in their lives to live happy life.

Currently, Sam Childers’ wife, Lynn, is a pastor at the Shekinah Fellowship Church. She began working in the church in 2001 and has since helped any followers find their path in life. Furthermore, Sam has toured UK churches conducting lectures there and is also a preacher at the Fellowship.

Much of Lynn Childers’s life has been documented in Sam’s biopic, Machine Gun Preacher. Lynn was portrayed by actress Michelle Monaghan, while Gerard Butler played her husband. The movie was based on the former Outlaws member’s book, Another Man’s War.

Are Sam And Lynn Childers Still Together?

As mentioned above, Sam and Lynn first met when they were both wasting their lives on drugs, alcohol, and partying. But both of them found their faith and have since turned their life around. The pair have been together for around three decades and married for most of them. However, there have been rumors that the Childers couple has separated.

In a 2016 article on South Magazine, Lynn Childers is addressed as Sam Childers’ ex-wife. While there are no details about the issue, it was stated that Sam and Lynn’s marriage had ended in divorce. However, other sites still state that Lynn and Sam are together. If the Childers duo has truly separated, the reason behind their divorce has not been revealed by either of them.

The pair have remained mum about their personal life but are very active in their social work. Whatever might be her relationship status now, we hope Lynn Childers is enjoying her time as a pastor as well as a grandmother.