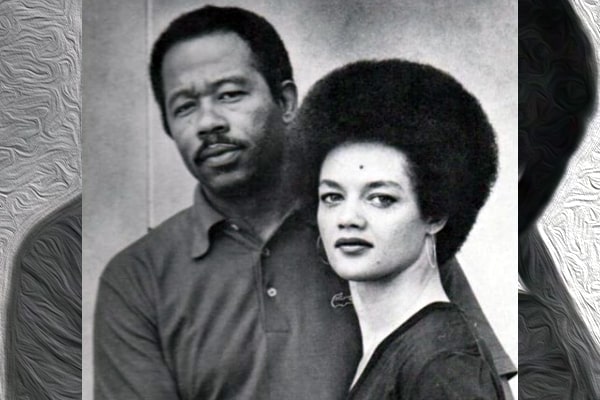 The professor of law involved with the Black Power movement, Kathleen Cleaver, is a doting mother of two kids, Joju Younghi Cleaver being the youngest. She welcomed her daughter with American writer and political activist Eldridge Cleaver.

Therefore, know more about Eldridge and Kathleen Cleaver’s daughter, Joju Younghi Cleaver, and her whereabouts. Stick with us to see if she’s as involved in politics as her parents or not.

Born Second To Eldridge and Kathleen Cleaver In North Korea

Furthermore, a year later, Kathleen was sent to North Korea, where she birthed her second child, Joju Younghi Cleaver, on July 31, 1970. She held her daughter in Pyongyang, which made quite a buzz in the mainstream media.

Likewise, Kathleen also spoke about the tremendous medical and childcare service she received while in the DPRK.

Early Life Spent On The Run With Their Parents

It is no secret that Joju Cleaver’s parents, Kathleen and Eldridge, were political faces. In fact, her father, Eldridge, became the early leader of The Black Panther Party. Therefore their political years also affected their kids.

More candidly, both Joju and her older brother Maceo’s childhood was spent on the run with their parents, who lived in deliberate exile in France and Algeria. Along with the constant move, Joju’s parents divorced in the late 80s, and she returned to the U.S. with her mother.

During an interview, Kathleen Cleaver’s daughter, Joju Cleaver, revealed that education was crucial for her parents. She further added that they managed to send both her and Maceo to private schools.

Joju went to Quaker school in Pennsylvania while her brother, Maceo, went to a Catholic school. Likewise, she graduated from Sarah Lawrence College with a degree in Liberal Arts.

Likewise, Joju graduated in MSEd Learning Design & Technology from Purdue University and is heavily invested in a similar career.

Kathleen Cleaver’s baby girl is often away from the spotlight, but that does not exclude the fact that she’s a charmer. Like her mother, Joju Cleaver became a university professor and earned seven years of K-12 teaching experience.

Similarly, after doing a master’s in Learning Design & Technology, Joju worked as an Instructional designer for Hospitality Staffing Solutions for a year. After that, she became an instructional design consultant for two years, from 2014 to 2017.

Furthermore, Eldridge’s daughter, Joju, is politically aware and spoke about the Black Panther Party’s paper from perspective. When Emory University acquired the personal papers, Joju said that the documents were timely. Also, she clarified that they provide historical context of today’s social movements and justice.

Likewise, Cleaver also added that the papers also show current social movements being co-opted and infiltrated. Besides, she was also involved with a student movement to diversify the curriculum during her senior year in college.

Lost Her Brother To Heartattack in 2018

As mentioned earlier, Joju was only a year younger than her brother, Ahmad Maceo. Therefore, they almost grew together, although Joju’s passport says her birthplace as North Korea and Maceo’s; Algeria.

Since the Cleaver family prioritized education, Joju’s brother also graduated from Cornell University. He worked on a research project on the effects of environmental and stress on black youths in Atlanta.

Unfortunately, Joju Cleaver’s brother, Ahmad, died of a heart attack in October 2018. He was reportedly counting days to leave Saudi Arabia to return to his mother & sister but died in Taif.

Kathleen Cleaver’s daughter, Joju Younghi Cleaver, is living in Atlanta with her mother & children. Although she prefers complete confidentiality regarding her family and whereabouts, let’s hope to hear more of her in the coming days.

The name Joju means worthy in the eyes, while Younghi means idealistic.

Since Kim Il-sung‘s wife chose Kathleen Cleaver’s girl’s name, the name remains the only lasting legacy of the Black Panthers. Hence, she remains, ‘a young heroine born in Juche Korea.”